With the introduction of the range-topping 2500 and 2800 saloon models in 1968, BMW had signaled its return to six-cylinder power. Another new addition was the 3.0 CSL's forerunner, the 2800CS (Coupe Sport) Coupe, although it shared more of its running gear with the existing four-cylinder 2000C/CS than with its newly introduced six-cylinder siblings.

Having switched from V8 engined saloons of the 1950s, BMW focused on more affordable four- and six-cylinder engined cars. Suitable for motorsports, the German-based manufacturer became a consistent competitor in the ETCC beginning in 1964 and created bespoke racing engines for sports prototypes and single-seaters.

The early 1970s that followed were monumental for BMW, as Jean-Pierre Jarier won the European Formula 2 Championship for the German marque, and it also captured the European Touring Car Championship using the 3.0 CSL, known popularly as the 'Batmobile.' The 3.0 CSL race cars were the first cars to be developed under the new BMW subsidiary, established in 1972 – BMW Motorsport GmbH. They also hold the distinction of being the first to wear the newly designated official colors of BMW Motorsport-red, blue and purple.

The BMW 3.0-liter CS was introduced in 1971, wearing similar styling to the 2800CS Coupe, bringing numerous improvements including four-wheel ventilated disc brakes and a 180 horsepower engine. The competition version was the lightweight 3.0 CSL and based on the E9-series 3.0 CS. BMW engineers developed the limited production 'homologation special' to satisfy the constrictive framework of the Group 2 racing class regulations by removing or replacing materials reducing weight by 300 lbs (136kgs). These 'Leicht' (lightweight) models used thinner steel for the main body shell, Perspex for the side windows, and aluminum alloy for the doors, boot lid and bonnet.

The 3.0 CSL was initially homologated with a fractionally over-bored (3,003cc) engine allowing it to compete in the over 3-liter class. The competition car produced over 300 horsepower while the road-going version developed 206 horsepower. In 1973, the engine's stroke was increased, upping capacity to 3,153cc (nominally 3.2 liters) and from mid-season onwards, the racing CSLs used the so-called 'Batmobile' aerodynamic package, developed at Stuttgart University, which consisted of a large rear window, front chin spoiler, and other various devices. Since these were illegal for road use in Germany, the wings were left in the trunk (boot) for the final installation after purchase.

Continuous improvements were made throughout its development, including the replacement of the four-speed gearbox by a Getrag five-speed unit.

Toine Hezemans defeated the previously dominant Ford Capri RS2600s and captured the 1973 European Touring Car Championship for BMW with the 3.0 CSL and co-drove one to a class win at Le Mans that year with Dieter Quester. That year, the 3.0 CSLs scored a 1-2 finish at the German Touring Car Grand Prix at the Nürburgring, with Chris Amon and Hans-Joachim Stuck leading Hezemans and Quester.

Ford of Europe had competed in the ETCC beginning in 1970 using the all-new V6-powered Capri coupe which quickly proved to be very effective. The 3.0 CSL, campaigned by the factory and by Alpina and Schnitzer - with drivers such as Niki Lauda, Hans Stuck, Dieter Quester, and Jacky Ickx, finally outpaced them in 1973, but Ford recovered in 1974. However, from 1975 forwards the BMW 'Batmobiles' won five consecutive European Touring Car Championships and was prominent in American IMSA racing. For FIA Group 4 competition, the CSL gained a 3.2-liter DOHC 24-valve turbo engine developing 750 horsepower, helping it beat Porsche's 911 RSRs and 935s.

Along with its competition pedigree, the BMW 3.0 CSL also provided the canvas for BMW's first Art cars, as painted by artists Alexander Calder and Frank Stella.

The 3.0 CSL race cars were the first cars to be developed under the new BMW subsidiary, established in 1972 – BMW Motorsport GmbH. They were also the first to sport the newly designated official colors of BMW Motorsport-red, blue and purple. Based on the 3.0 CS coupe production car, the CSL (L is for lightweight, referring to the aluminum doors and hood) began an assault on European touring....
Continue Reading >>

The BMW 3.0 CSL was a brilliant car introduced at a time when the Touring Car racing class had gained proper popularity and there was a strong demand for a competitive vehicle. The class had increased in popularity with the four-door saloons such as the Ford Cortina and the Alfa Romeo Giulia. Rule changes were later added which required the cars to have only two doors, making the prior cars obsolete.....
Continue Reading >> 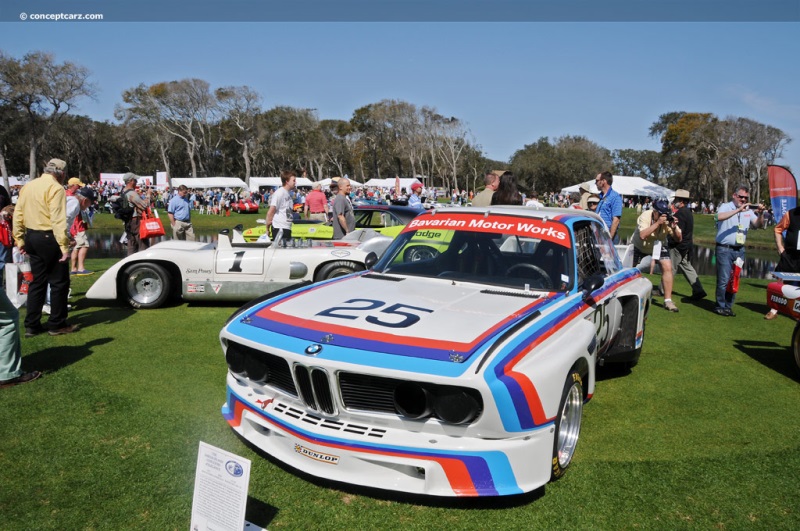 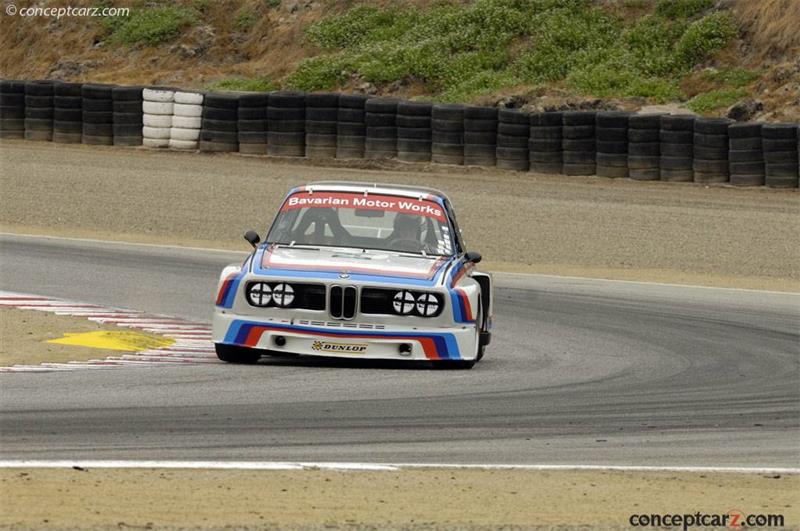 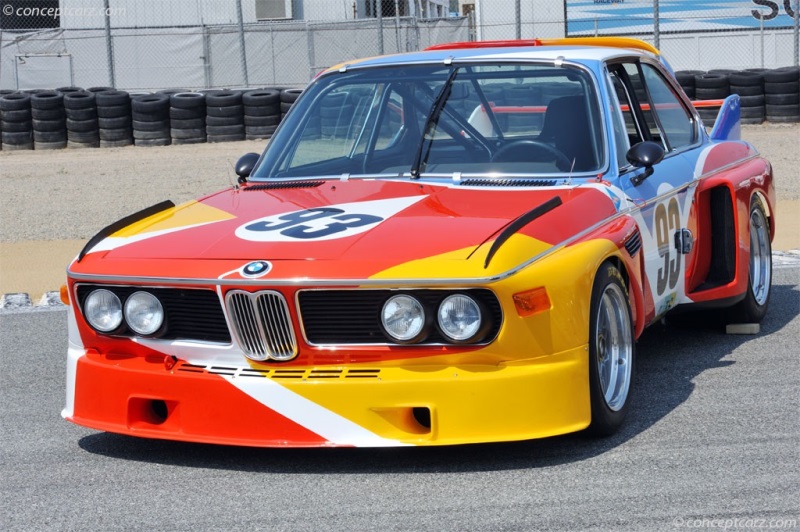 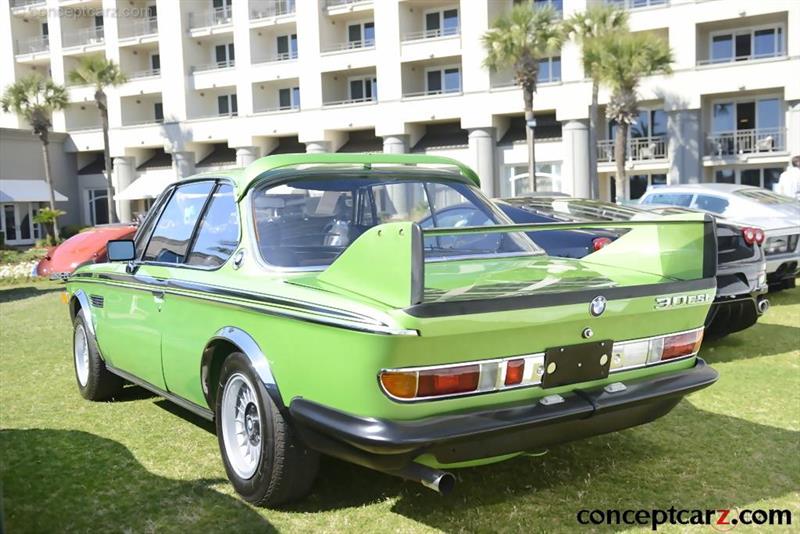 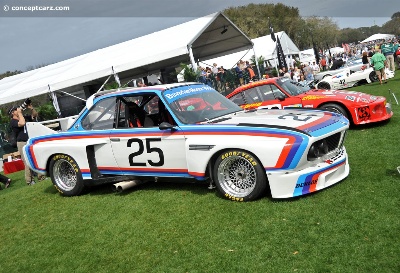 Its not every day that the chairman of an automobile company swaps his suit and tie for a Nomex driving suit and straps himself into a race car, but thats Ludwig Willischs style. As head of BMW North America, Willisch will pilot a 1975 BMW 3.0 CSL... 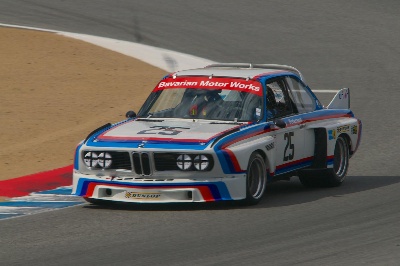 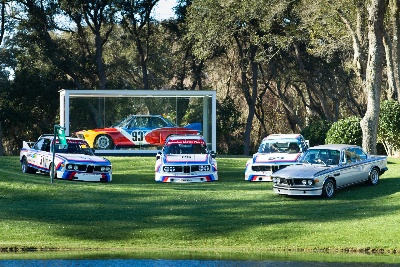 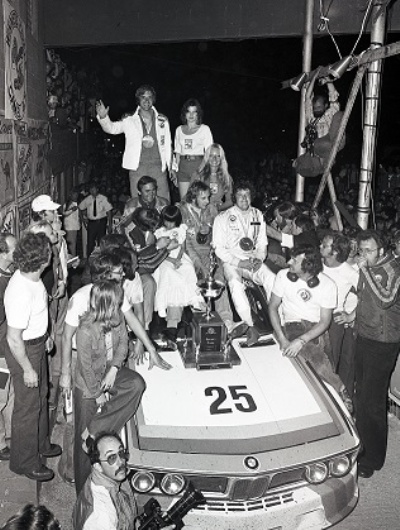 Scheduled to appear in the 19th Annual Amelia Concours BMW 3.0 CSL batmobile class are not only the 1975 Sebring 12 Hour and 76 Daytona 24 winners, but Alexander Calders 1975 Le Mans 3.0 CSL with his trademark signature on the left rear fender. ...