The Momo Mirage was designed as an Italian-American contestant for the luxury performance market. The styling concept and early drawings were done in New York by Gene Garfinkle and the current owner of this car (Mr. Kalikow). At that point, carrozzeria Frua was asked to take over the body design and construct the prototype. Stanguellini was commissioned to build the chassis and take care of the mechanical details, suspension, instruments and other countless details. The Mirage is powered by a Chevrolet 350 cubic-inch engine.
The Momo Mirage was designed as a high performance, luxury, two-door coupe with seating for four passengers. After several years of planning, design, and development, the finished product made its introduction at the 1972 New York Auto Show. It was the work of Alfredo Momo and Peter S. Kalikow. Mr. Kalikow's resume included being a Jaguar representative in New York and working with Briggs Cunningham as team manager. Mr. Momo was a real-estate developer who wanted a proper Grand Touring car. Not satisfied with Aston Martin's DBS, Momo and Kalikow embarked on a journey to build a two-door, four-seater luxury coupe.
The point in history in which this project was undertaken was a drastically changing landscape of automotive sheet metal. The large American cars with their tail fins were replaced in the 1960's with small, high performance muscle cars. Safety concerns and new government regulations saw a decline in horsepower as the world entered in the 1970s. A new two door, four-passenger luxury car with a company name that had no history, was certainly an ambitious project. Yet, the two men felt there was a strong market and so they decided to go head-to-head with the greatest automakers of their day, including Rolls-Royce, Aston Martin, Mercedes-Benz and Ferrari to name a few.The new Grand Touring would have a proper trunk for storage, interior seating for four passengers, elegance, luxury, craftsmanship, and performance. Funding was provided by Kalikow while Momo brought experience and a list of potential clients.Like many other successful unions in history, the car was given American power with European style. The powerplant selected to propel their new car was from General Motors. It was a 350 cubic-inch 'LT-1' that came equipped with a single 'Quadrajet' carburetor. A Lucas Fuel Injection system was tested but was soon abandoned. The second car built was given four Weber carburetors which proved to be a better marriage than the original Rochester carburetor.
Giulio Alfieri of Maserati was given the task of designing the chassis. The construction of the chassis was handled by Vittorio Stanguellini, who's Formula Junior cars were legendary. In the front of the car was a double wishbones setup from a Jaguar Mark II. The rear had a similar setup but was modified to cope with the American powerplant. Girling disc brakes were fitted to all four corners of the car.
Gene Garfinkle, who worked in Raymond Loewy's design studio, created the design while the coachwork was built by Pietro Frua.The first Momo had the LT-1 engine with Quadrajet Carburetor mated to a Hydra-matic 3-speed automatic gearbox. It was painted dark metallic red and was completed in the summer of 1971. Road & Track were quick to schedule a test drive, with an article by Pete Coltrin following in the magazine's September 1971 issue. The Momo was featured on the cover and the review was positive. With enthusiasm for the Momo, both from the Road & Track article and from the 1971 NY Auto Show showing, Kalikow ordered the parts for the first back of twenty-five cars. The second car to be built had the Weber carburetors and was given a five-speed manual gearbox. With this setup, the Momo was certain to satisfy any customer demands. But unfortunately, automobile success is tied to much more than just an elegant product and a proven powertrain. The economic situation at the time began to reverse the newly formed company's fortune. The dollar exchange rate fell and there were price increases across the industry, especially in Italy. In a short period of time, the decision was made to end the project.Two complete Momo's had been built and there were parts for three more cars. A sixth car had been paid for but remained in Italy. The quad-Weber powered car (the second car built - chassis number 00102) was tested but never officially shown. It was later put into storage only to re-emerge many years later and be given a full restoration. After the work was completed, it made its restoration debut at the 2009 Concorso d'Eleganza Villa d'Este.The first car, finished in dark blue with a red interior, was show at the 2012 Amelia Island Concours d'Elegance. It was shown by its owner, Mr. Peter S. Kalikow.It is a shame that the fortunes of the car and its company were not decided on the fruits of its ambitious endeavors but rather on a difficult financial period in history. The company had created a truly remarkable automobile and had satisfied their goal of building a proper Grand Touring Automobile. 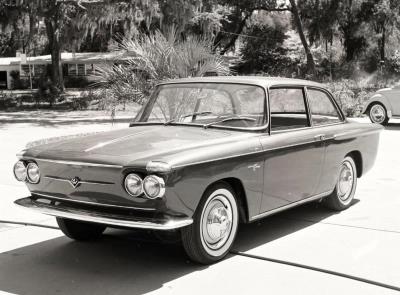 Jacksonville played a role in the VW saga thanks to local import car industry legend Hubert Brundage. Mr. B was the southeastern distributor for Volkswagen and a Jacksonville VW dealer. Brundage is also the Bru in Brumos Porsche Car Corp, which he... 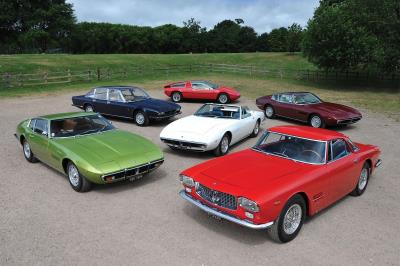 At a time when Maseratis financial picture couldnt have looked more bleak, it would be enticed to build what many would end up considering to be one of their finest sportscars ever. It would even be suggested it could have been one of the greatest...
© 1998-2020. All rights reserved. The material may not be published, broadcast, rewritten, or redistributed.