Sold for $41,800 at 2007 RM Auctions - The McMullen Collection.
Sold for $41,250 at 2012 RM Auctions at Amelia Island, Fla.
Ransom Eli Olds was successful in selling his Curved Dash Oldsmobile, but when he resisted dropping it in favor of a more modern, expensive automobile he was forced out of his own company. A few months after leaving he created his own company named R.E. Olds Company. The name was later changed to REO Motor Company, using his initials, after Olds' principal investor, Samuel Smith, complained. The REO Company manufactured automobiles and trucks from 1905 through 1936. Their first car was completed in October of 1904 and shown a few months later at the New York show in January 1905. The model lineup consisted of a sixteen horsepower twin-cylinder car that had a base price of $1,250 and a single-cylinder car priced at $650. This put them in the Olds Curved Dash price range which made management at Olds nervous, as the REO were a lot more car. By 1906, REO sales surpassed Oldsmobile's. REO would continue to produce passenger's cars until they were abandoned in 1936 to concentrate solely on trucks.
This Depot Truck was purchased by John McMullen shortly after earning its AACA Senior National badge in 1999. While in his care, the truck remained a static display since the acquisition though treated to a re-commissioning. The current owner acquired the truck in 2007.
The REO has a maximum capacity of 1,500 pounds and is powered by a single-cylinder, nine horsepower engine laid horizontally under the seat. The drivetrain comprises a double chain and a two-speed planetary transmission with a multi-disc clutch.In 2012, the car was offered for sale at RM Auction's sale in Amelia Island, Florida. It was estimated to sell for $40,000 - $50,000 and offered without reserve. As bidding came to a close, the car had been sold for the sum of $41,250 inclusive of buyer's premium.
By Daniel Vaughan | Mar 2012 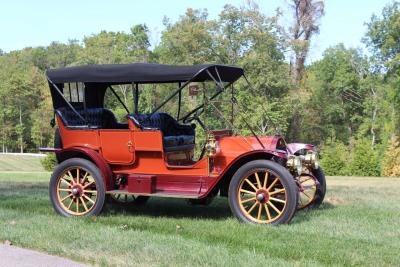 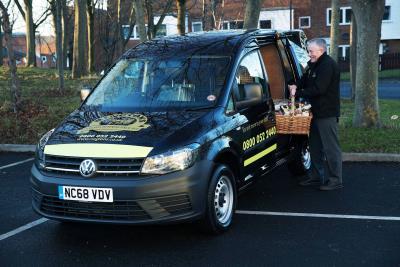