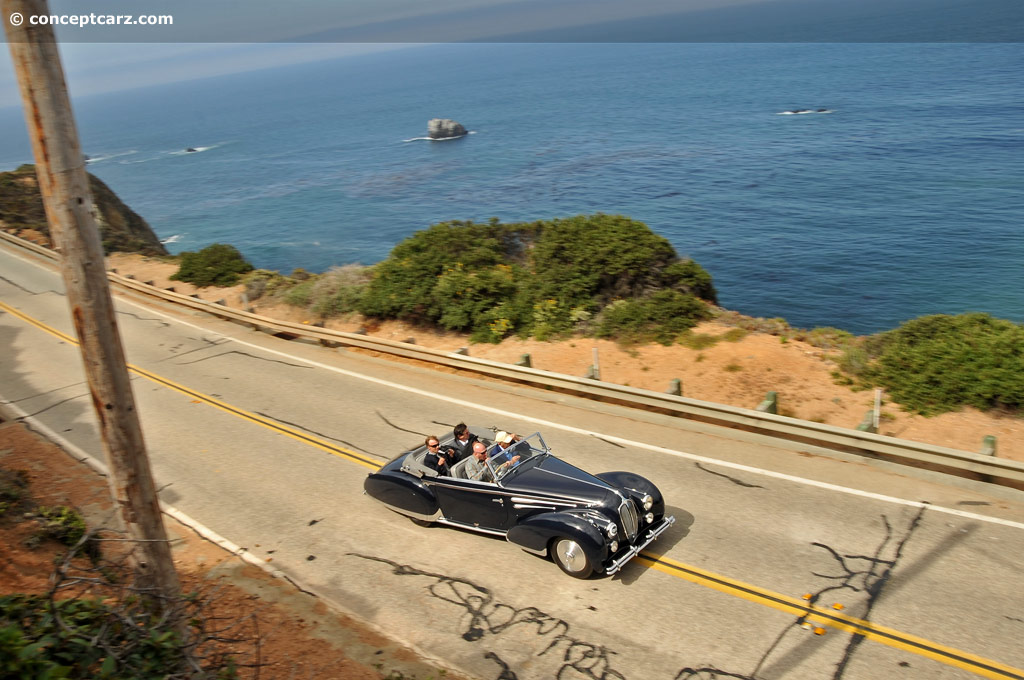 Automotive racing was paramount during this period in history. This is why many of the vehicles built during this era were built to be raced and to be used as the daily driver. The sales of the vehicles were stimulated by the way the vehicle performed on the race track. Weiffenbach, however, had a different philosophy. His main focus and priority were to build dependable vehicles. Many of the early vehicles were equipped with four-cylinder engines capable of producing between 9-12 horsepower. Near the beginning of the First World War, a 6 cylinder, 2565cc engine was used.

Jean Francois, a 29-year-old engineer, was commissioned to construct a series of sporty cars using as many spare parts as possible. Talbot's new independent suspension was used along with a new chassis with box-section side members. The engine was borrowed from one of their trucks. The engine featured a 65mm crankshaft with internal lubrication. In 1933, the vehicles were introduced at the Paris Car Salon. They were the 4 cylinder 12CV and the 6 cylinder 18CV. At the show, Lucy O'Reilly Schell approached Weiffenbach with a request to have a vehicle built that could be entered in rally events.

The Type 135 is considered one of the most famous and prestigious vehicles produced by Delahaye. In both design and racing competition, it was very successful. Designed in 1934 it was quickly entered into races such as the 24 Heures du Mans, the Monte-Carlo Rally, and the Paris-Saint-Raphael motor race, where it had great successes at being a competitive and reliable automobile.

The Type 135's is truly a prestigious masterpiece with strong racing history and a heritage that was formed on stability, robustness, and stamina.
By Daniel Vaughan | Feb 2007

Delahaye production motor vehicles from the mid-1890s to 1954. In 1935, Delahaye merged with Delage, resulting in a new and well-engineered Type 135 chassis. Power came from a large displacement 3.6 liter engine. The T135M of 1936 proved itself to be....[continue reading]

The Delahaye 135 M was launched in 1938 with a 3.5-liter engine, and was produced in various forms until 1952. After World War II, Figoni & Falaschi created a small series of bodies on the Delahaye 135M chassis that were dubbed 'El Glaoui' after thei....[continue reading]

The first Delahaye 135, built in 1935, was powered by a 3.2-liter, 6-cylinder overhead-valve engine wit triple carburetors that produced over 100 horsepower. A 135SC recorded the marque's greatest racing success when it was victorious at the 24 Hours....[continue reading]

The Delahaye 135 was introduced in Paris in 1935 and was produced in both the pre-war and post-war era. It was fitted with anew chassis with the same 3.6-liter, six-cylinder engine first used in the earlier Type 138. A year later, Delahaye introduced....[continue reading]