Nissan EXTREM: Tough on the Streets

Úrban sports car concept designed for and built in Brazil: an explosion of exotic color, style and passion

The vibrancy, color and excitement of Brazil has been captured in Nissan Extrem Concept, a radical concept car aimed squarely at young (and young-at-heart) car enthusiasts keen to make a statement on the roads.

Nissan Extrem Concept has been created especially for Brazil. It has been designed for and built in the country and has its world debut at the 2012 Sao Paulo International Motor Show

'Brazil is a country of great natural beauty and it has a passionate, rich culture. But this is not always reflected in the cars on its streets, especially the more affordable locally produced vehicles which tend to be conservative in design, color and specification,' said Shiro Nakamura, Senior Vice President and Chief Creative Officer.

'Extrem, with a dynamic, high-character design, is far from conservative. It was created to appeal to the country's growing band of city-based young professionals who are passionate about design and want to make a personal statement. The lightweight two-door 2+2, has a dynamic stance, fresh surfacing, and a clear rugged ability to tackle the urban jungle everyday,' he added.

Designed by Nissan Design America (NDA) in San Diego, California, in collaboration with Brazilian designers and produced in Brazil, the concept previews a new breed of car. By blending versatility and toughness with the agility of a compact 2+2, Nissan Extrem Concept is a new genre of urban compact sports car.

Its unveiling at the 2012 Sao Paulo Motor Show underscores Nissan's commitment to Brazil. The country is one of the largest new car markets in the world and one in which Nissan enjoys significant sales growth. The company claimed almost two per cent of the 2011 market, doubling its 2010 sales, and aims to account for five per cent of new car sales in Brazil by 2016.

Vital Stats
Engine : 1.6 L., 4-cylinder
Nissan's investment in Brazil includes an all-new manufacturing facility in Resende in the state of Rio de Janeiro, which is scheduled to start production in the first half of 2014. When operating at its full potential, the plant will produce 200,000 units annually.

Although strictly a concept car with no immediate plans for production, elements of Nissan Extrem Concept's styling offers a glimpse into future Nissan products, for Brazil and beyond.

'We have created Extrem to show how serious we are about Brazil. Extrem is provocative, energetic and engaging and it reflects the passion, innovation and excitement we put into all our cars,' said Christian Meunier, President of Nissan Brazil.

Right from the early stages of its development, the design team behind Extrem was clear about the direction the concept should take. 'We call it Baby Beast,' said Robert Bauer, Senior Design Manager for the project at NDA. 'We see it as an urban rally car, a tough little street fighter that can handle the urban jungle with agility and confidence.'

From the outset it was considered vitally important that design inspiration should come from Brazil itself. Although the NDA design team is based in San Diego, creative time on the project was spent mostly in Sao Paulo. The NDA designers managed the project remotely from San Diego and developed clay and digital models using local resources in Sao Paolo.

The result is an exotic and distinctive concept for a new genre of compact sport vehicle with a unique silhouette. The lower half of the body and raised ground clearance expresses its strength, while the sharply sloping roof line suggests its sporting intention. The combination of innovative elements such as the wraparound glass, floating roof rails and detached C pillars enhance the feeling of an open, airy cabin.

The body's shape and surfaces exude a feeling of strength and agility with muscular fender volume defined by sharp creases. Overlapping panels and unique surface interplays create a feeling of layered armored toughness.

Showing Nissan Extrem Concept also has a practical side to its nature, the roof rails incorporate cleats for load carrying, while the unique see-through A-pillar structure provides enhanced outward visibility.

Although clearly a tough little street fighter, quality craftsmanship and attention to detail can be found throughout the car. Examples include flush mounted door handles, integrated side marker lamps, lightweight fender-mounted mirrors and the flush A- and B-pillars which create a seamless canopy.

A compact 2+2, Extrem has a dedicated luggage space in the rear. A clever two-tier system provides secure storage, where items can be hidden from prying eyes beneath an exposed and removable cargo bin which is accessed via the rear hatch. The bin is designed for day-to-day items and fits neatly underneath a structural cross brace that adds extra stiffness to the shell and accentuates the sporting nature of the car.

The exclusive Solar Cortex body color, a deep metallic orange with radiant highlights, pays homage to Brazilian nature. Brightly colored accents provide 'pops' of energy and can also be found on the gas cap, tow hook and the wheels, adding to the urban rally car theme.

The roof pattern, a mix of gloss and matte textures, is inspired by iconic Brazilian graphics.

Six-spoke 19-inch alloy wheels are double layered with a dark inner and brushed metal outer and provide enhanced cooling to the brakes.

Showcasing the versatility of Nissan's acclaimed V-platform - used by the Nissan March - dimensionally Nissan Extrem Concept is taller, wider and longer than the global city car.

Extrem's power would be provided by Nissan's advanced direct injection and turbocharged (DIG-T) 1.6-liter gasoline engine which shares its technology concept with the powertrain in the innovative Nissan DeltaWing Le Mans race car. Nissan Extrem Concept could also be offered with a choice of front or four-wheel drive with Torque Vectoring for enhanced handling capabilities.

'Extrem suggests that exotic and exciting design need not just be reserved for expensive cars. It shows that innovative, sophisticated design can be made in a clever, attainable way. Extrem is one of our answers to this possibility and it opens an exciting new chapter in our design relationship with Brazil,' said Nakamura.Source - Nissan

Living an intense moment, unprecedented in its history in the country - with strong sales growth, a new plant, the dealer network expanding and the Rio 2016TM Olympics and Paralympic games sponsorship upcoming, Nissan today reaffirmed Brazil as a strategic market. The company will display innovative products at the 27th Sao Paulo International Motor Show (24 October - 4 November) that demonstrate a deep relationship with Brazil.

Nissan Extrem, the first concept car designed for and produced in Brazil, reflecting the country's cultural influences, is one of these vehicles. Additionally, the Nissan booth will feature the all-new Nissan Altima, a model that will be sold locally next year. Visitors will also have the opportunity to see the technology on the Nissan LEAF Taxi, one of the units participating in a pilot project in São Paulo that aims to understand the infrastructure needs for EVs to become popular in the near future, and the next generation XTRONIC CVT®.

To celebrate important milestones of Nissan's activity in Brazil, two new models will be officially presented at the motor show: Frontier '10 Years', a special edition pickup truck that celebrates the first decade of Nissan's production in Brazil, and the Nissan March 'Rio 2016', a limited edition with a tie-in with Nissan's sponsorship of the Olympic and Paralympic Games 2016, the two major sports events which Nissan Brazil will host in the coming years. 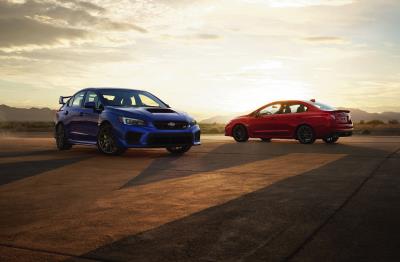 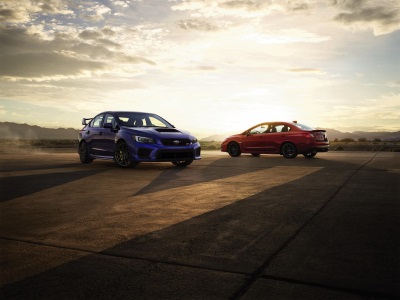