Vodafone McLaren Mercedes launched its 2013 Formula 1 challenger and kicked off a year of 50th anniversary celebrations with a spectacular parade of classic racing cars at the McLaren Technology Centre.

The display culminated in the arrival of the 2013 race drivers, Jenson Button and Sergio 'Checo' Perez - who arrived driving a development model of the new McLaren P1 sportscar and a 12C Spider, respectively.

The display of classic McLarens was a timely reminder of the weight of history that constantly hangs over a team with such high expectations each and every season. Following such a winning pedigree is the aim and intention of each and every man and woman who comes to work at McLaren every day.

And, for everyone involved in its inception, the Vodafone McLaren Mercedes MP4-28 is the logical culmination of everything McLaren ever done: it's the sum of 50 years' experience, expertise and passion.

The MP4-28 isn't merely a refinement of last year's seven-race-winning car, it's a deep and sweeping re-design of an already successful chassis in several key areas - most notably around the nose and front suspension, the sidepod profiles and the rear bodywork.

Jenson begins his fourth season at Vodafone McLaren Mercedes as the team's most experienced driver. Indeed, during his time here, he has won more races (eight) and scored more points (672) than during the rest of his 10-year Formula 1 career. For 2013, he is keenly anticipating the opportunity to maximise all his skill and depth of experience to spearhead the development of the car across the championship season.

Vital Stats
Engine : 2.4 L., 8-cylinder
7-speed Semi-Automatic
By contrast, Checo is starting only his third season in Formula 1, aged 23. Young, eager to learn, and already impressing the team with his ability to absorb information, he is perfectly poised to benefit from the team's professionalism and experience as he develops and gathers pace during his important first season as a Vodafone McLaren Mercedes driver.

McLaren will once again be targeting both the drivers' and constructors' world championships. The ongoing strength in depth of the organisation, plus the exciting addition of Sergio to the proven package of Jenson gives the whole team strong encouragement and motivation for the year ahead.

Vodafone
Vodafone, one of world's largest mobile communications companies, became title partner of the Vodafone McLaren Mercedes team in 2007, extending the relationship in 2010 to become the Official Total Communications Provider.

Dominant title sponsorship branding can be seen on the MP4-28 cars and the drivers' and pit crews' overalls and helmets. In addition, the partnership delivers an innovative, powerful and integrated marketing platform enabling Vodafone customers to get closer to the action through unique experiences, innovative content, experiential events, advertising, offers and promotions.

As well as providing a wide range of services to support the on-track success of the Vodafone McLaren Mercedes team, including fixed, mobile and broadband networks, content and communication services and associated devices, Vodafone works with McLaren Group away from the track.

Úsing its F1-derived science and cutting edge telecommunications technology, McLaren Applied Technologies and Vodafone have partnered on numerous ground-breaking projects. In this past year alone they have worked with Birmingham Children's Hospital. They also assisted Great Britain's cyclists, rowers, sailors and canoeists with their preparations last summer.

Vodafone and McLaren Applied Technologies have developed advanced systems for several sports and healthcare scenarios, making use of Vodafone's expertise in enabling large amounts of critically important data to be transferred securely and reliably.Source - McLaren

McLaren GT continues preparations ahead of the 2013 season with the announcement that Northern Irish racing driver Adam Carroll has joined the team as a factory driver for the 2013 season.

30-year old Carroll made the move to GT racing last season, contesting select rounds of the Blancpain Endurance Series. This followed on from a successful career in single-seat racing, where he contested the highly competitive GP2 championship, and was also crowned 2009 A1GP World Champion.

Andrew Kirkaldy, Managing Director of McLaren GT is excited by the latest addition to the ranks of works drivers: 'I am really pleased that we can add someone with Adam's calibre to our factory driver programme. He showed great promise last year in the races he took part in, and he has adapted well to GT racing after a very strong career in single seaters.'

Adam added: 'I would like to thank everyone at McLaren GT for this great opportunity to become a McLaren factory driver. I am very proud to race for such a great name and team, and I look forward to the future ahead.'

Carroll joins Britons Rob Bell and Alexander Sims, along with Portuguese driver Alvaro Parente as a factory driver for 2013. His race plans for the season will be confirmed shortly.Source - McLaren 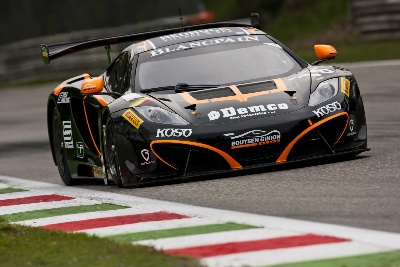 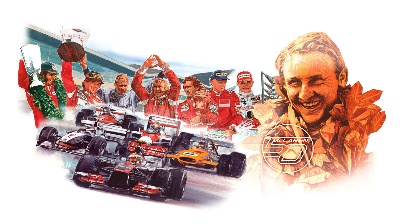 Five decades of race winning at the top levels of motorsport honoured at the home of McLaren in Woking Vodafone McLaren Mercedes driver Sergio Perez arrived at the celebrations in the 3,000th 12C t... 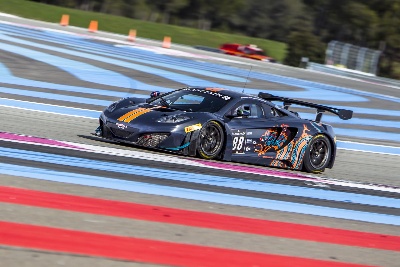 2013-specification 12C GT3 gets off to a winning start in Asia New teams confirmed for global GT assault GT3 season preview available to view and embed from the official McLaren Automoti... 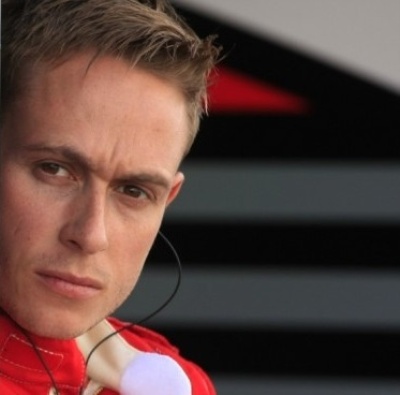 McLaren GT continues preparations ahead of the 2013 season with the announcement that Northern Irish racing driver Adam Carroll has joined the team as a factory driver for the 2013 season. 30-year old... 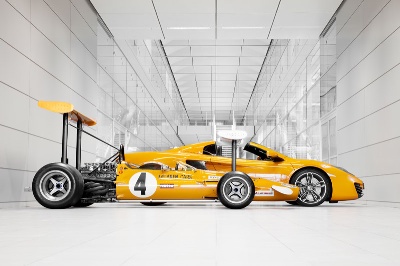 Life is measured in achievement, not in years alone. When a 27-year-old Bruce McLaren penned those words in 1964, his new company, Bruce McLaren Motor Racing Ltd, was less than a year old. ...
2013 Formula One Season2013 Season Review