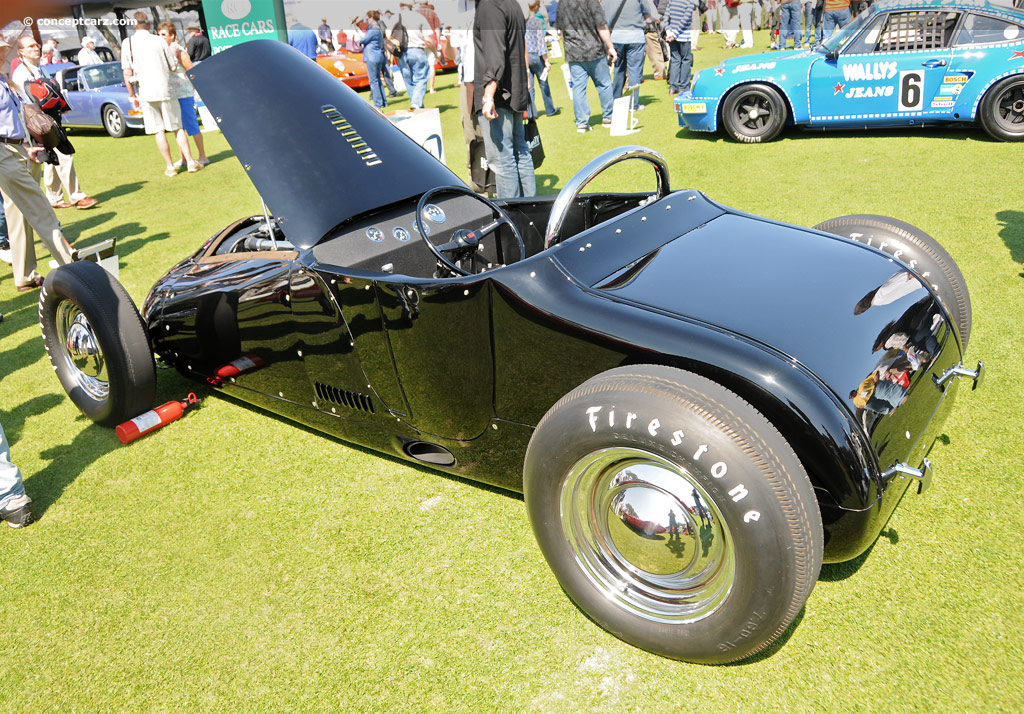 Built in 1950 as a Flathead Ford V8 track roadster by Albert Dal Porto and John Errecalde in Stockton, CA, but run at the drags and dry lakes. In 1951, Jack Hagemann built a new chassis and body using a 1927 Ford T rear deck. It won its class at the dry lakes in 1951 and 1952, achieving 155 MPH at the dry lakes and 118 at the drags. It won its class at the 1952 Grand National Roadster Show in Oakland, CA.It was crashed at the dry lakes in 1952 and was stored by John Errecalde until the early 1970s when he gave it to his friend and well known parts dealer Carl Schmid in Stockton. In 1993, it was sold - in pieces - to Don Orosco. Orosco obtained a full set of original photos taken as the car was being built. These photos and a magazine article about its structure, were used to restored it to its original configuration down to the last detail.This 3,000+ hour restoration was completed by Classic Craft Motorsports in Springfield, Ohio, who are known and respected for their restoration of Indy roadster, Midget, race cars and sports cars.
Concepts by Ford