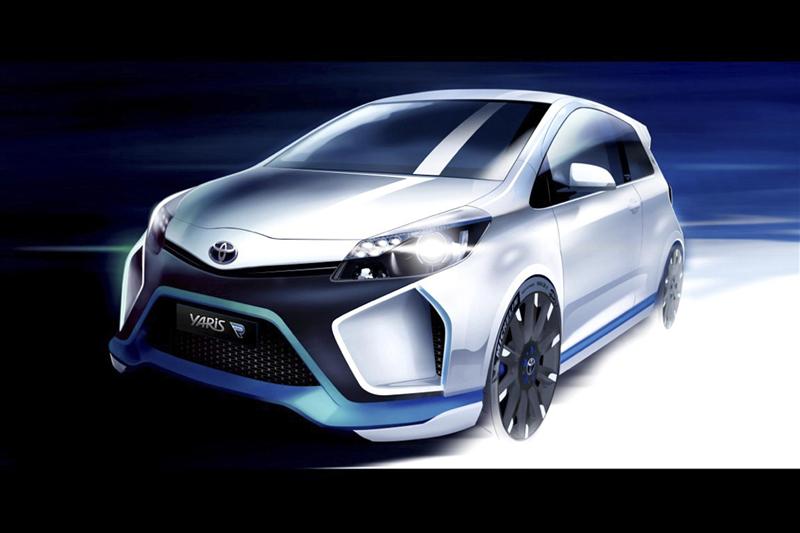 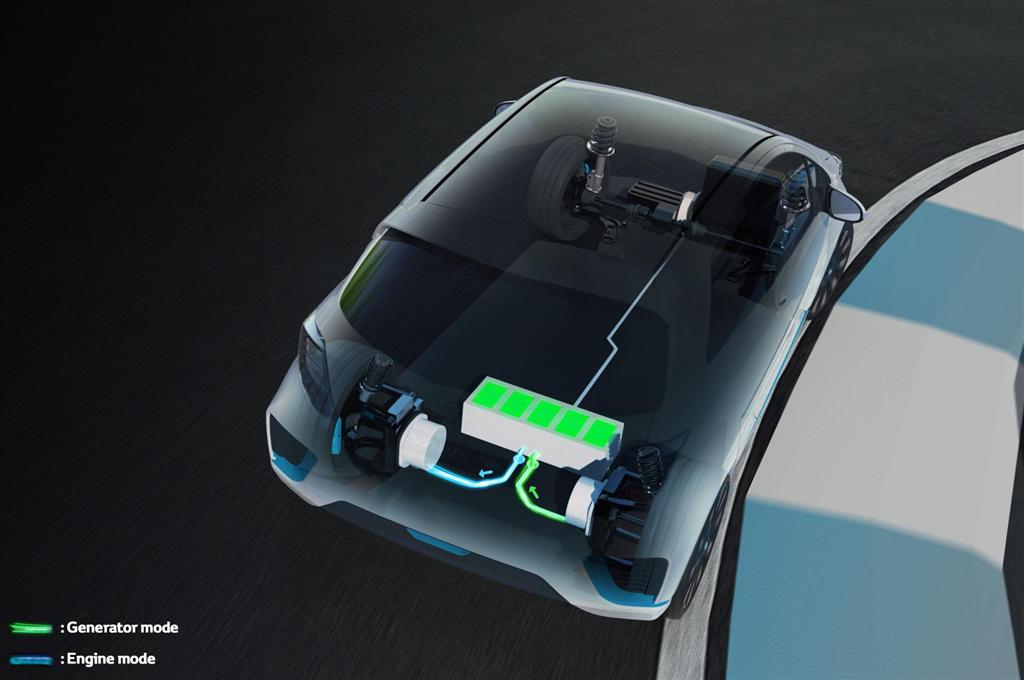 Brussels, Belgium - The front wheels are driven by a 300hp 4-cylinder 1.6 turbo engine with direct injection specifically developed by Toyota Motorsport GmbH (TMG) according to the rules of the International Automobile Federation (FIA) for a Global Race Engine to be utilised in various motorsport disciplines. 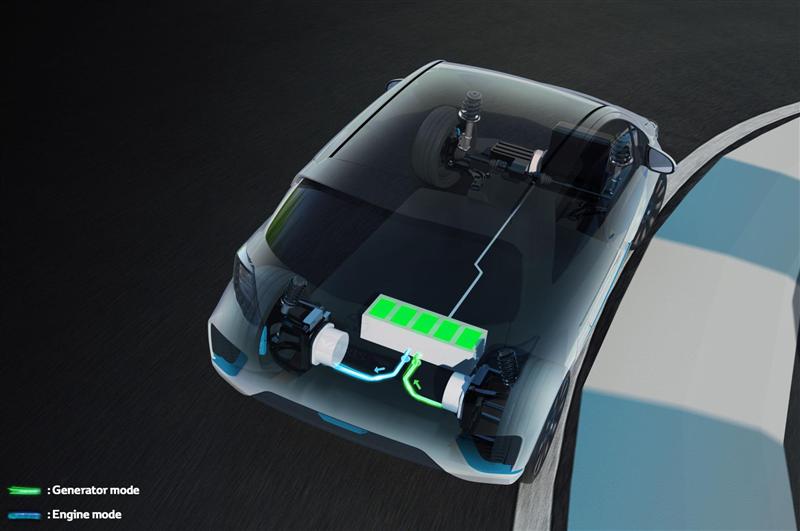 At the rear, each wheel is individually powered by a 60hp electric motor – the same as those used in the standard Yaris Hybrid. 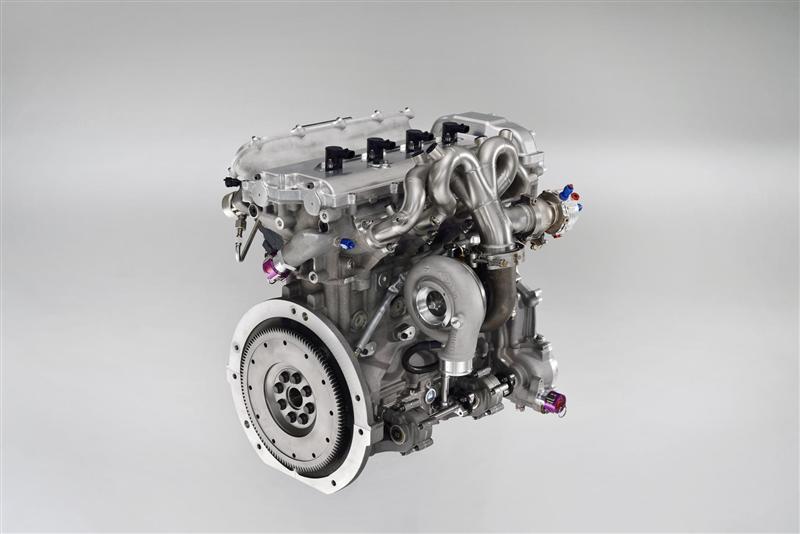 Taken together, the hybrid powertrain system develops a total system output of up to 420 hp.
The two electric motors work as electric generators during the braking phase, and supplement the petrol engine during the accelerating phases.

Super-capacitor
Just like in the TS030 HYBRID, the energy recovered during the braking phase is stored in a super capacitor. Compared to the standard NiMh hybrid battery, the super capacitor has a higher power density and a fast power charge / discharge speed. It is perfectly suited to the requirements of sporty driving on track, which requires brief and immediate bursts of power.

Nevertheless, level of power depends on the duration of energy delivery desired. In road mode, the super-capacitor releases the energy recovered under braking for a maximum duration of 10 seconds per charge and the total power of the two electric motors is reduced to 40 hp. In track mode, the rear electric motors reach a combined maximum power of 120hp for up to 5 seconds per charge, reflecting the higher frequency of braking and acceleration events during circuit driving.

Advanced traction control
A 3rd 60hp electric motor, located between the engine and the 6 gear sequential transmission, operates as a generator in two different cases: during deceleration to feed the super capacitor and during acceleration to directly power the rear electric motors.

The latter will only happen when the engine power and torque exceed the grip potential of the front wheels. The generator behaves like an advanced traction control system, redirecting the torque as electric energy to the rear wheels, to boost the acceleration and improve the handling rather than to simply limit the engine power.

Torque vectoring
Rear electric motors - one per wheel – can greatly influence the Yaris Hybrid-R handling characteristics during cornering by altering the distribution of torque between the left and right rear wheels.

Each motor can be used independently as a generator or a motor to achieve the same effect as an intelligent torque vectoring differential. 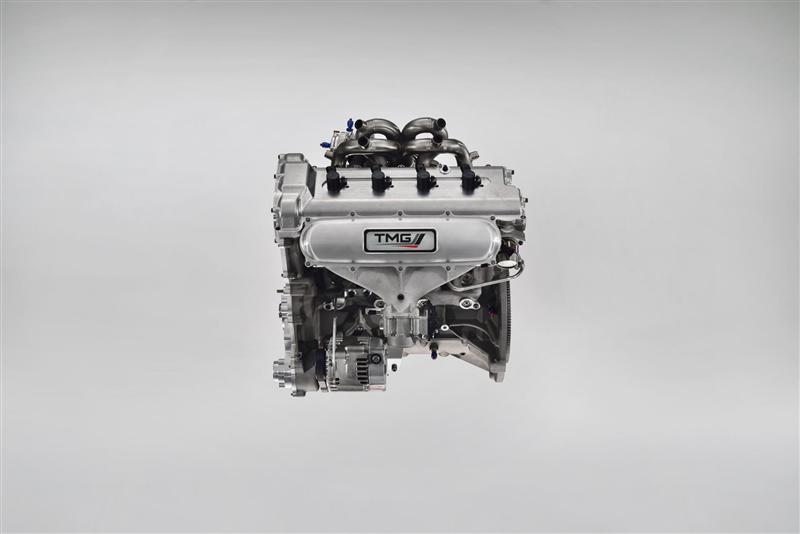 Depending on the radius of the curve, the system can send more torque to the outside rear wheel allowing higher cornering speeds into the corner (middle-speed curves), apply more braking force to the inside wheel (fast curves), or even brake and accelerate each wheel independently (slow curves) to adjust the yaw effect for a better line, to limit steering angle, and understeer.Source - Toyota

A presence entirely dedicated to Toyota Hybrid technology and products, featuring the World Premiere of the Yaris Hybrid-R concept and a preview of the next-step in Fuel Cell technology.•World premiere of the new Yaris Hybrid-R concept
•Toyota Hybrid: 16 years old and already a world leader
•Fuel Cell: next-step towards the ultimate zero-emission carBrussels, Belgium - At 2013 Frankfurt Motor Show, the Toyota stand will be devoted entirely to Hybrid. Only 16 years young, Toyota's Hybrid portfolio counts no less than 23 models sold in 80 countries around the world. As of the end of July 2013, Toyota Motor Corporation has sold over 5.5 million Hybrid products. But this is only the beginning of the story. At the Frankfurt Motor Show, Toyota will unveil further potential technology directions in the future of low-emission and zero-emission vehicles. Yaris Hybrid-R concept 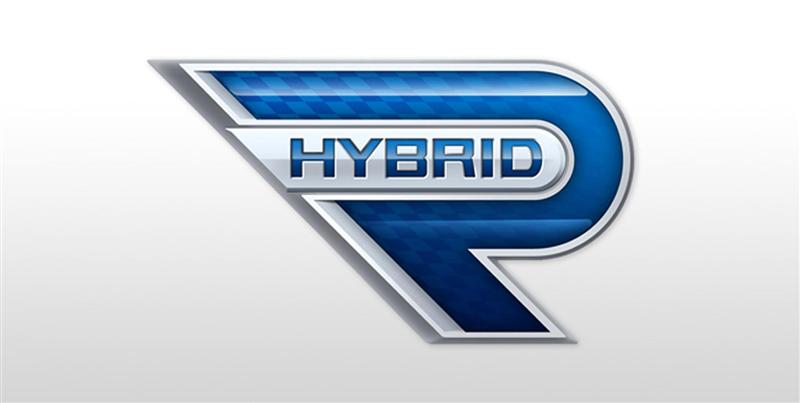 The Yaris Hybrid-R is an exciting concept car created as a clear showcase of possible ideas for the development of hybrid technology for maximum performance and increased driving pleasure. Based on the Yaris 3-door, the Yaris Hybrid-R concept hybrid powertrain combines the powerful 1.6l Global Race Engine (GRE) developed by Toyota Motorsport GmbH (TMG) with two powerful electric motors to provide an 'intelligent' electric four-wheel drive capability. Just like in the TS030 HYBRID, the energy recovered during the braking phase is stored in a super capacitor, particularly suitable for a sports car because of its high power density and quick charge and discharge speeds. The result is a highly focused concept car dedicated to maximising driving pleasure on road and on track.Toyota Hybrid: Only 16 years old and already a world leader

Toyota has been researching and developing environmentally-friendly mobility solutions for over 40 years. As a result, the company has established a significant lead in the design and production of full hybrid powertrain technology. 16 years young, this technology has already made Toyota Motor Corporation a world leader with 23 full hybrid vehicles on sale in 80 countries and regions worldwide – four times as many as any other competitor. Cumulative global sales of Toyota and Lexus hybrids exceeded 5.5 million units at the end of July, of which more than 10% were sold in Europe. This global fleet has already saved around 12 billion litres of fuel and 34 million tonnes of CO2 emissions compared to conventional vehicles.
Moving forward, 16 new or updated hybrids will be introduced by the end of 2015. Fuel Cell: Next-step towards the ultimate zero-emission car 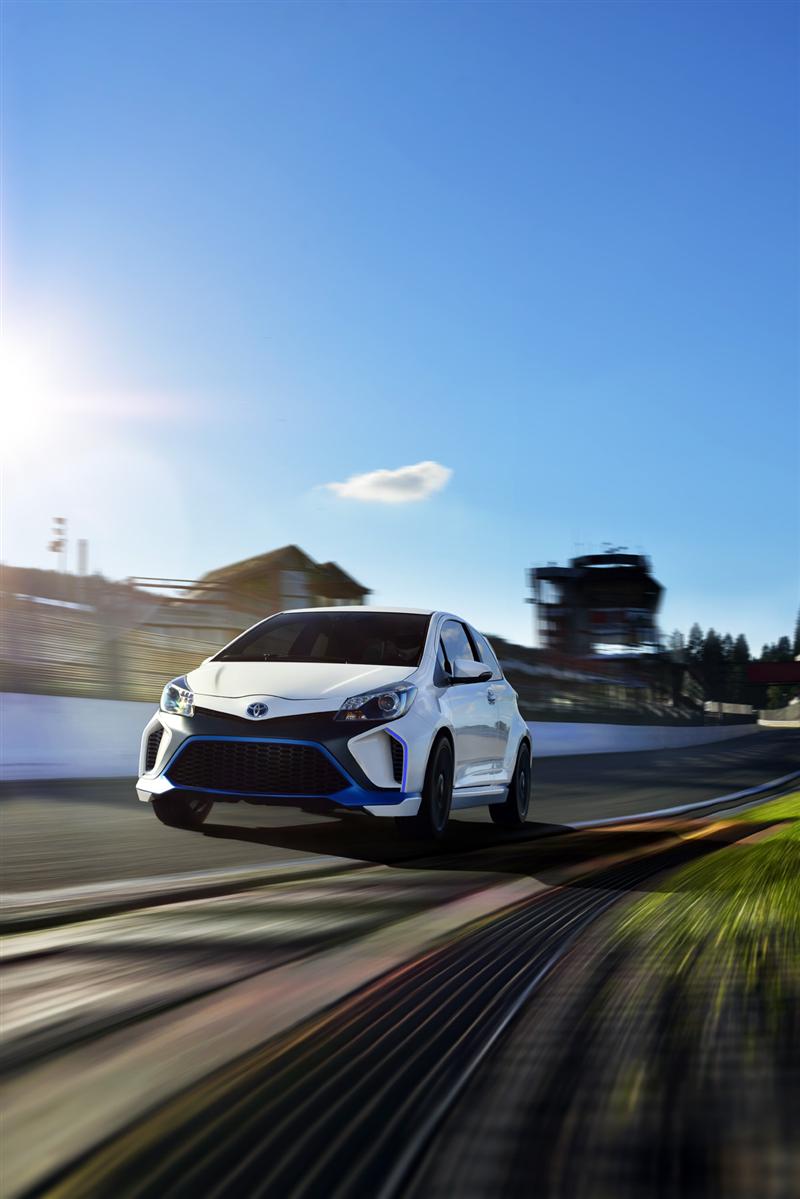 Toyota believes that the solutions to energy and emissions issues offered by the Fuel Cell Hybrid Vehicle (FCHV) make it the closest technology yet to the ultimate zero-emission car, with hydrogen as an ideal, ultra-clean energy carrier. Before the launch of its production car by 2015, Toyota will display the latest status of its technology development.Source - Toyota 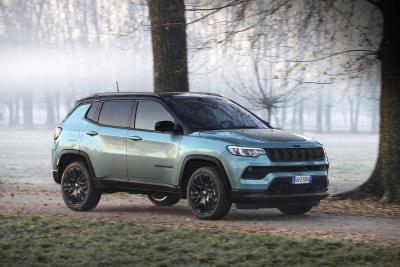 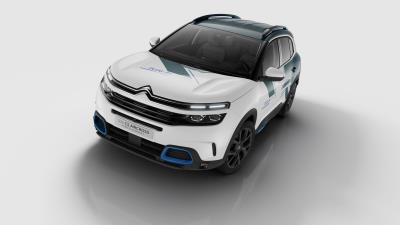 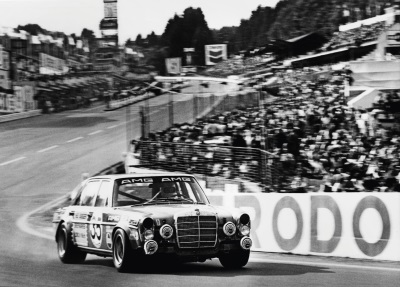 Half a century of passion for performance and sportiness From 20 October 2017 to 8 April 2018, the Mercedes-Benz Museum is holding the special exhibition 50 Years of AMG. The main attractions are ten vehicles, engines and other exhibits charting the... 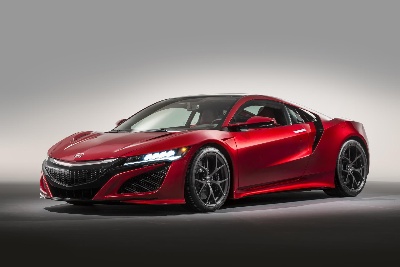