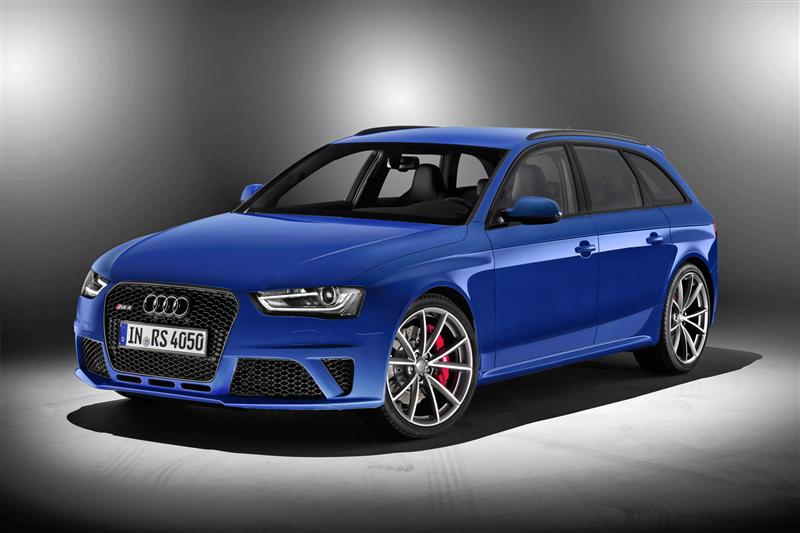 • Anniversary model based on the Audi Avant RS2 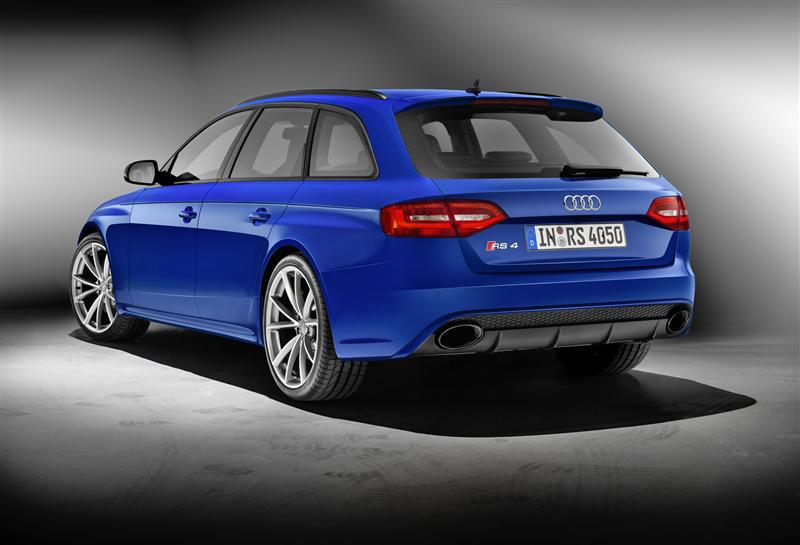 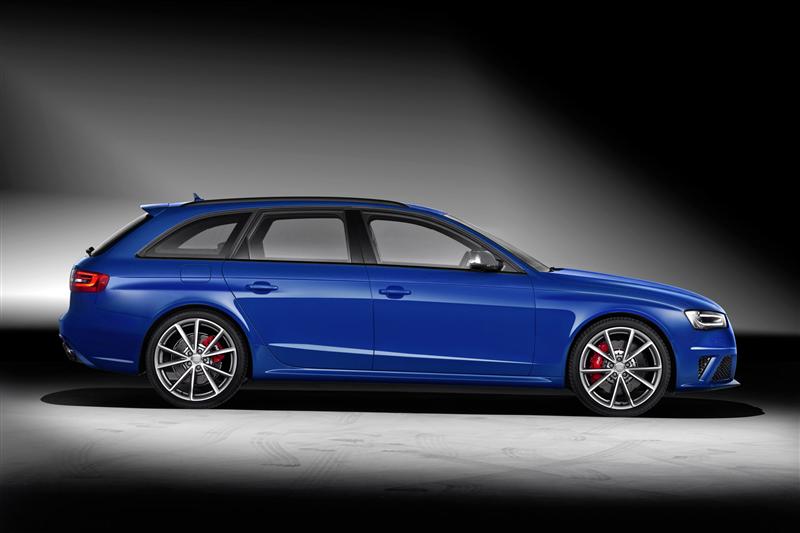 Twenty years ago, the Audi Avant RS2, founder of the dynamic RS family, had its debut – and now Audi is launching a special edition of the current model on the market. The RS 4 Avant Nogaro selection will become available from early 2014, and will celebrate its world premiere at the Geneva Motor Show with Nogaro blue paint finish and exclusive equipment. 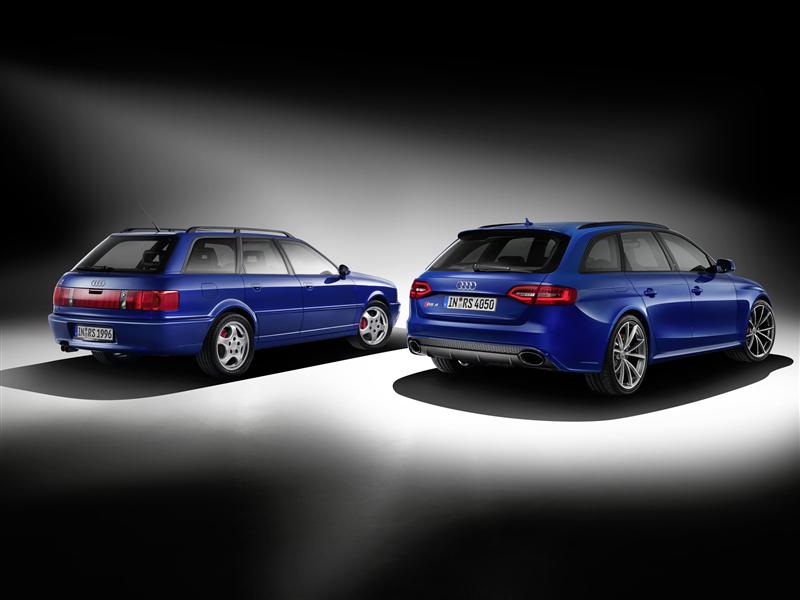 The customized Nogaro blue, pearl effect paint finish is the most salient visual signal of the anniversary model, and is also reminiscent of the RS2. The frame and use of the Singleframe grille, as well as the window slot trims, are painted high-gloss black, and the roof rails matt black. The RS sport exhaust system terminates in two oval, high-gloss black tailpipe trims.

With its high efficiency and tall top gear, the standard seven-speed S tronic also contributes to fuel efficiency. The driver can let the lightning-fast dual-clutch transmission shift operate automatically or change gears themselves using the selector lever or the steering wheel paddles.

The core of the quattro permanent all-wheel drive is the self-locking crown gear center differential. The compact and lightweight component distributes torque at a default ratio of 40:60 between the front and rear axles. This ratio can be broadly varied as required – with up to 70 per cent of the power going to the front and a maximum of 85 per cent to the rear. The crown gear center differential cooperates with the wheel-selective torque control, which makes handling at curve limits even more dynamic through selective, small brake impulses. Audi offers the sport differential as an optional addition that actively distributes the power between the rear wheels.

The standard equipment of the Audi RS 4 Avant Nogaro selection also includes the Audi drive select dynamic driving system. This system allows variation between three modes – comfort, auto and dynamic – for the characteristics of the electromechanical power steering, the seven-speed S tronic, the accelerator and the RS sport exhaust system. And if the car is equipped with Audi MMI navigation, there is also a fourth mode – individual – that can be configured by the driver.

Besides the sport differential, two further optional elements are available for Audi drive select. The dynamic steering varies the steering ratio depending on the speed and countersteers with small impulses at curve limits. The RS sport suspension plus with Dynamic Ride Control (DRC) equalizes the roll and pitch for the firmly sprung suspension by strictly mechanical means. 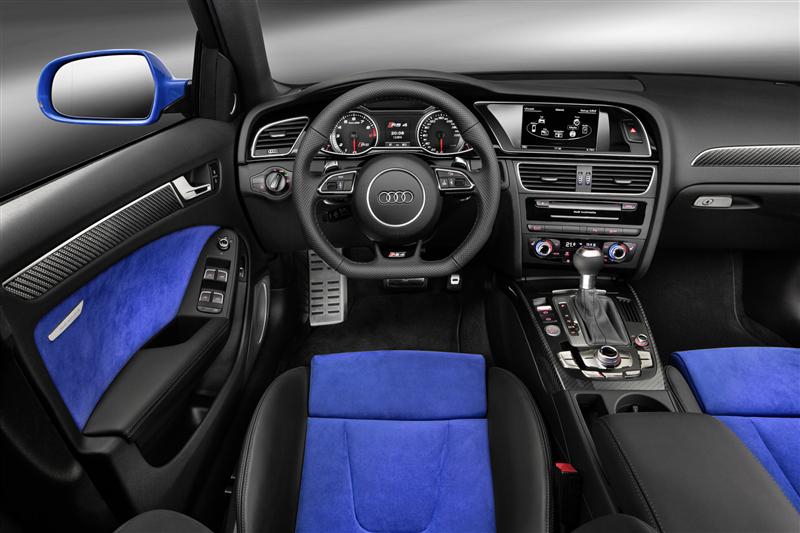 Black and blue: the interior
In the sporty black interior, Audi offers two different upholstery versions for the electrically adjustable S sport seats with their integrated head restraints. In both cases, the side sections are covered with black Valcona leather; the Alcantara synthetic fibers for the center sections and door trim inserts are colored either black as well or nogaro blue – in homage again to the Audi Avant RS2. The armrests are covered with black leather, with blue contrasting stitching providing accents. Black or nogaro blue piping frames the black floor mats.

Black leather with blue stitching also refines the steering wheel rim and the selector lever boot. Blue threads run through the carbon inlays to lend them a very special shimmer. A badge on the RS selector lever knob of the S tronic and the logos on the door sill trims refer to the special status of the anniversary model.

In early 2014, the Audi RS 4 Avant Nogaro selection will arrive at dealerships as a limited special edition. Its base price is 87,300 euros.

A modern classic: the Audi Avant RS2 from 1994
The Audi RS2 from 1994 was the first RS model from Audi and also the first high-performance model from the brand to combine full everyday suitability with a dynamic character, becoming the founder of a whole family of dynamic models. Audi had developed the RS2 in cooperation with Porsche, with assembly occurring at Stuttgart-Zuffenhausen.

Its appearance alone was indicative of the power of the first RS model. The front bumper featured powerful air inlets, and the grille was painted black. The exterior mirrors came from Porsche, the rear was emblazoned by a full-width band of light, and the emblems were large-sized. The RS2 optionally left the assembly line with an exclusive Nogaro blue paint finish, recalling the two victories achieved by Frank Biela on the Nogaro circuit in the French Touring Car Championship of 1993.

The engine embodied Audi's full expertise from touring car sports. The 2.2-liter five-cylinder engine delivered 232 kW (315 hp) by way of a large turbocharger, high boost pressure, expanded air ducting and adapted engine management. At 3,000 rpm 410 Nm (302.40 lb-ft) of torque were available, with the limiter only taking effect at 7,200 rpm. The RS2 accelerated from 0 to 100 km/h (62.14 mph) in 5.4 seconds and reached a top speed of 262 km/h (162.80 mph). A six-speed manual transmission delivered the power to the quattro drivetrain, which had a manually activated locking differential at the rear axle.

The suspension with its all-round transverse links derived from the suspension of the technical starting basis, the Audi S2. The shock absorbers were even firmer and the springs were shortened. Porsche supplied the 17-inch wheels, the large, internally ventilated brake discs and the red-painted four-piston calipers.

The interior was dominated by Silk Nappa leather and Alcantara in the color anthracite, blue or silver gray, and the Recaro seats were electrically adjustable. The instruments bore white dials, while small indicators on the center console kept the driver informed about the oil pressure, oil temperature and vehicle system voltage. CFRP inlays were optionally available.

Audi offered the RS2 at a base price of DM 98,900. Within a construction period of barely two years 2,908 units were produced – more than the quantity originally planned.Source - Audi 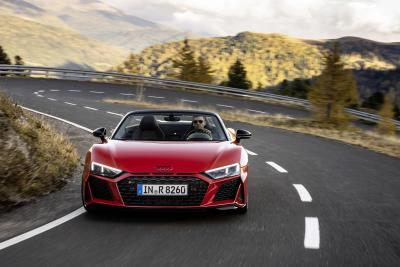 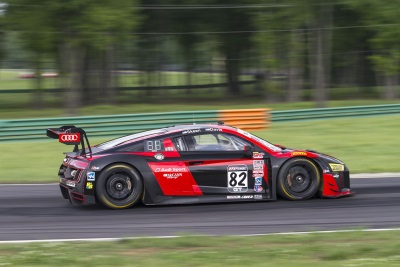 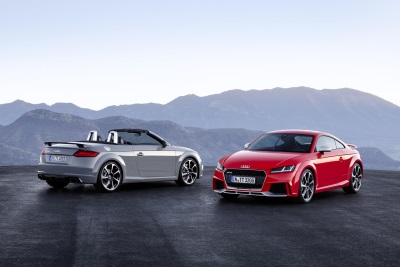 Much loved five-cylinder configuration is retained in the latest Audi Sport flagship delivering supercar-style pace with quattro adhesion Most powerful TT ever to enter series production set to open for UK order in late September – Coupé priced at...

Audi momentum continues with multiple new and freshened models for the 2014 Model Year The introduction of the Audi RS 7, SQ5,expansion of the R8 model line, and the addition of four new TDI® clean diesel models highlights a robust choice of new...
© 1998-2020. All rights reserved. The material may not be published, broadcast, rewritten, or redistributed.