The Ford trucks were redesigned in 1948, and for 1950, few changes were implemented. The new F-Series had a dedicated truck chassis and was offered in eight different weight ratings, pickup, panel truck, cab-over engine (COE), conventional truck, and school-bus chassis and body styles. The F-Series had a flat, one-piece windshield, headlamps integrated with the grille, a wider cab, and options included a 'See-Clear' windshield washer operated by a foot plunger, passenger-side windshield wiper and sun visor, and passenger-side taillight. Other options included twin horns and additional chrome brightwork.Power was from a 226 cubic-inch flathead six rated at 95 horsepower. Option engine options over the years included 239, 254, 337 cubic-inch Flathead V8s and up to 279 and 317 cubic-inch Lincoln-derived Y-Block overhead valve V8s for the largest capacity F-7 and F-8 models. The trucks had a floor-mounted shifter, which was being phased out in favor of a column shift design. Several transmission options were available, including light- and heavy-duty 3-speed, spur-gear and synchronized 4-speeds, and overdrive and direct-drive 5-speeds.Production of this generation of F-Series trucks would continue until 1952.
The F-Series trucks were assembled at sixteen different Ford factories. The F-1 had a 6 1/2 foot bed; the F-2 and F-3 Express models had an 8-foot bed.
By Daniel Vaughan | Feb 2014

Sold for $21,825 at 2014 Russo & Steele - Scottsdale.
This Ford F6/8 3/4-ton truck is an original 1950 Canadian-market model and the equivalent of the F-2 sold in the United States. The truck has been given a body-off frame restoration with several modern upgrades. The truck is finished in Viper Red with a tan leather-like upholstery, plus an added headliner and upholstered rear-cab section.
By Daniel Vaughan | Feb 2014

Sold for $36,300 at 2016 Barrett-Jackson : Scottsdale, AZ.
Sold for $45,000 at 2016 Mecum : Monterey.
The Canadian-built equivalent to the American-built F1 pickup was the F47. This particular Canadian-built Ford F47 has been given a comprehensive frame-off restoration that was completed in mid-2015. The all-steel bodywork was painted in Ford Vermillion Red paint. It is powered by the 226 cubic-inch version of the Ford flathead V8 engine that was rated for 95 horsepower. It has a three-speed manual transmission, a new 6-volt battery, accessory fog lights on the front bumper, chrome grille and bumpers, and painted steel door panels. Inside are correct-pattern rubber floor mats, and 3-way air control. There are color-keyed steel wheels with original-style Ford logo hubcaps and chrome-plated trim rings.
By Daniel Vaughan | Oct 2016

Theres a reason why the Ford F-Series pickup became Americas favorite truck, and it came down to affordability and durability, which have been present from the beginning. The truck has changed significantly during its first 60 years, but what hasnt changed is Fords focus on making an increasingly better truck. For over twenty years the Ford F-Series trucks have been the best selling vehicles in....
Continue Reading >>
Concepts by Ford 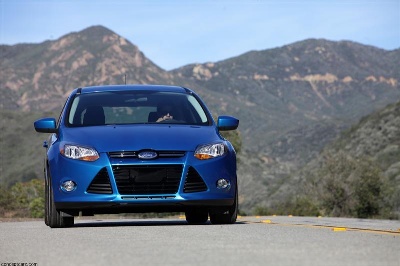 Ford Fusion, Edge set all-time April records with 21,610 and 10,520 sales, respectively Explorer reported its best April sales since 2005 with 13,419 vehicles sold F-Series sales up 4 percent in April with 47,453 trucks sold, representing its best...
© 1998-2021. All rights reserved. The material may not be published, broadcast, rewritten, or redistributed.