An automobile marque and registered trademark of Chrysler, Jeep is the oldest off-road vehicle brand. First appearing as the prototype Bantam BRC, the original vehicle became the primary light 4-wheel-drive vehicle of the U.S. Army and allies during the World War II and postwar period. Jeeps have also been used by the U.S. Postal Service during the 20th century for mail services. One suggestion for the origin of the name ‘Jeep' was that the vehicle bore the designation 'GP' (for 'Government Purposes' or 'General Purpose'), which was phonetically slurred into the word Jeep. A fun car to drive, whether it be cruising around the neighborhood, or taking on a perilous off-road trek, the Jeep Wrangler was first introduced to the world in 1987. Able to withstand the test of time, the Wrangler continues to be a very popular vehicle. Since its conception in 1987, the Wrangler has undergone 3 major design revisions from the YJ until the JK and through the changes the Wrangler continues to prove itself as ‘the gold standard' of off-road vehicles. Arguably one of the most recognizable Jeep vehicle; the Wrangler is considered a mini sport utility vehicle and has always been produced by Chrysler, under the Jeep name. A successor of the World War II Jeep vehicle, the Wrangler underwent a big makeover in 1987, again in 1997 and 2007. The Wrangler is known by Jeep under a variety of names including YJ, JK and TJ. Targeting at maximizing comfort to expand the appeal of the Wrangler beyond the off-road world, Chrysler has continued to update the Jeep Wrangler year after year.
Built in Brampton, Ontario, the Wrangler; also known as the YJ began production in 1987 and continued to be produced at this location until 1992. In that year it began to be produced by Jeep's Toledo North Assembly plant located in Toledo, Ohio. The cars were also produced in Canada for many years, but they weren't sold under the Wrangler name, instead it was offered as a trim level of a Chevy pickup. From 1987 until 1995, models were known as YK, and from 1997 the 2006 the models were sold as TJ. The Wrangler YJ sold nearly 700,000 units.
The YJ was available as a two door convertible as well as a two door truck. The YJ offered three different engine options that included a 2.0 liter, 4.0 liter as well as a 4.2 liter along with four different transmission options. The YJ was available with two different gas tanks, either an optional 20 gallon tank or the standard 15 gallon tank. The 15 gallon tank was pretty standard for this type of vehicle at this time, compared to now where there is a demand for greater fuel capacity. The Jeep Wrangler that was produced from 1997 for a decade was dubbed the TJ and was offered with three different engines that included a 2.4 liter, 4.0 liter as well as the 2.5 liter. The TJ was available as both a two door convertible and a two door truck. The transmission was available in three different offerings including a four speed automatic, a five speed manual and a six speed manual. A compromise between the standard 15 gallon tank and the optional 20 gallon tank offered on the YJ from 1987 until 1995 was the 19 US gallon gas tank offered on the TJ. Departing from the World War II era CJ Jeeps, the TJ went back to the round headlights from the square headlights featured on the YJ. The Wrangler TJ also had an unlimited model that 10' longer than the standard wrangler. Continuing on as a very popular roadster, the TJ was in production until 2006. Owners were able to maximize the off-road experience beyond the base model with vast customization options. The name for the Wrangler changed to JK from 2007 onwards until it is updated again. The KJ features a two-door model as well as two four-door models. Longer, wider and featuring more spaces than its predecessors, the JK came in three trim options; the X, Sahara and Rubicon. The current engine of the JK is a 3.6 liter V6 with either a six speed manual or a four speed automatic transmission. The all new JK came with a larger gas tank than previous ones and had a fuel capacity at 21.6 US gallons, which was more popular with the customers. The Rubicon and the Sahara models include 17-inch wheels instead of the 16-inch wheels that were standard on the X. Both of these models also have additional body trim and styling as well as interior features. Standing the test of time, unlike many vehicles, the Wrangler has the capability to change when the needs of the consumer change. Today the Wrangler can be thought of as a family car, due to its diversity, capacious interior and safety ratings. The Wrangler has been, and continues to be the best regarded 4X4 off-road vehicle. The Jeep Wrangler Unlimited 4x4x4 was created by taking the 2007 Wrangler and adding two extra doors and extra length. Keeping the same iconic style, the Unlimited retained the classic look but expanded the appeal beyond the 2-door Wrangler's ‘niche' market. Continuing to possess off-road and anywhere capability the Jeep Wrangler Unlimited featured a less rugged feel and was more geared ‘toward suburban assault vehicle' with its comfort for everyday functions.
The Unlimited retained the convertible options and actually has several configurations with the 3-piece modular ‘Freedom Top' feature.
By Jessica Donaldson 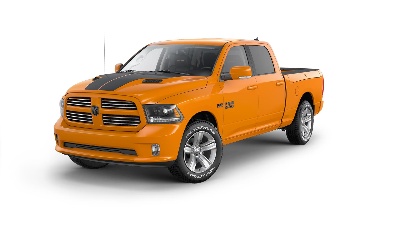 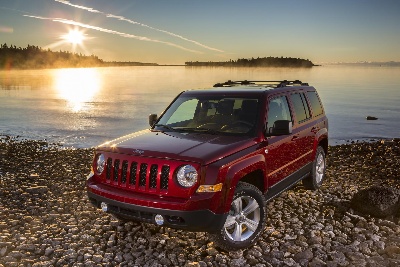