Sold for $132,000 at 2015 Gooding & Company - Arizona.
Jorgen Skafte Rasmussen, a Danish engineer, founded a factory in Saxon, Germany in 1916 with the purpose of producing steam fittings. During the companies' introductory year, they attempted to produce a steam-driven car, called the DKW (Dampf-Kraft-Wagen meaning steam-driven car). Though the attempt was not successful, the engine was later used in a motorcycle and called Das Kleine Wunder, meaning 'the little marvel.' Within a few years, the DKW brand would be the world's largest manufacturer of motorcycles. In 1932, Audi, Horch, Wanderer, and DKW merged, forming Auto Union. In 1957, ownership came under Daimler-Benz and in 1964, was purchased by the Volkswagen Group.Though motorcycles were a large part of the DKW business, automobiles were also an integral part. They produced cars from 1928 until 1966 and were one of the very first marque's to use front-wheel drive and transverse mounting.DKW Auto Union Company introduced the Schnellaster (also known as the Rapid Transporter) in 1949. The Tiefader model, or Low Loader truck model, had a 16-inch deck height, adding to the vehicle's versatility.
This particular DKW Schnellaster Tiefader is powered by a two-stroke, three-cylinder, roller-crank, '3=6' engine. It was assembled at Ingolstadt, Germany, on March 9, 1955, and shipped directly to Peter Satori Motors in Pasadena, California. This utilitarian vehicle was used until 1960, after which it was put into storage in an industrial warehouse. In 2012, it was discovered by its current owner in storage in Sacramento. A frame-off restoration began in late 2013, using many NOS and original parts sourced from around the world.
This is the only known Schnellaster Tiefader in North America as well as the only known fully restored example in existence. This Tiefader is finished in its original specified Javabraun (Java Brown) livery. The 896cc 2-stroke, 3-cylinder engine develops 36 horsepower and is mated to a four-speed manual gearbox. At all four corners are hydraulic drum brakes.
By Daniel Vaughan | Feb 2015 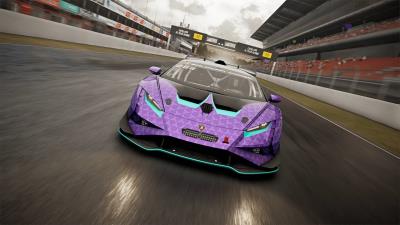