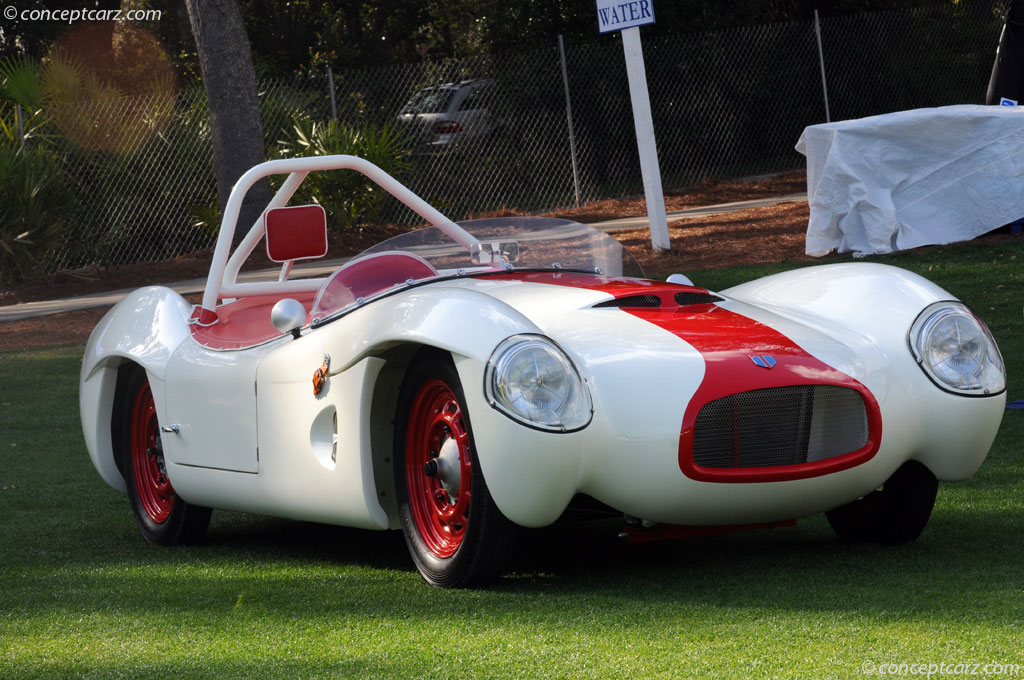 In 1957, Tornado cars Ltd. was founded by Bill Woodhouse and Tony Bullen and based in Rickmansworth, Hertfordshire, UK. The first product was the Typhoon Sports and was available in a plethora of configurations including bodywork and mechanical components. In total, there were around 400 examples believed to have been produced to 1962.

The Tornado was another product offered by Tornado Ltd, and it had a lightweight fiber-glass body and purpose-built chassis utilizing many Triumph parts. Part of the hope was that Triumph TR2 and TR3 owners would want a better product, and find their answer in the Tornado. It was a purpose-built, lightweight, potent car that proved itself as a capable road-going and racing car. Only one example was produced and it had a TR3 engine and is still in existence in modern times.

The Tornado Car Company was formed in England in 1958. This, their first model, was called the Typhoon. Named after a British warplane and not a tropical storm, this car is an English Ford-based 'special.' These specials were popular in the 1950s bef....[continue reading]