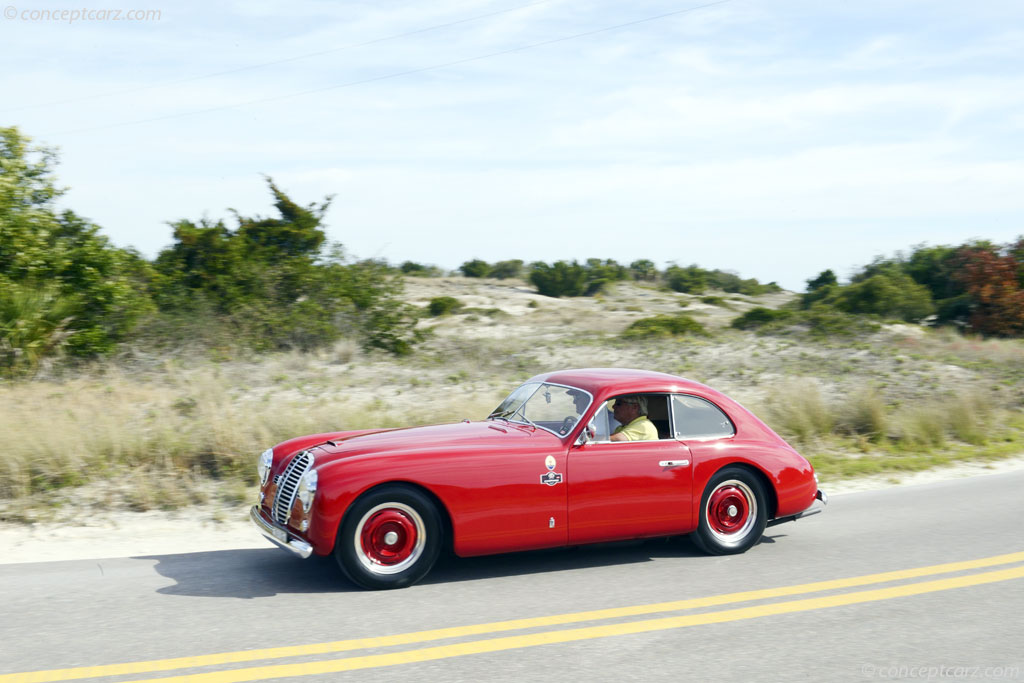 The post War Maseratis were much different than the pre War examples, as the company was no longer family-owned and its focus shifted from solely building racing cars to road-going examples built for high-end clientele. By the time the racing firm was sold to Italian industrialist Commendatore Adolfi Orsi in 1937, the seven Maserati brothers had dwindled to just three, with Bindo, Ettore, and Ernesto remaining on hand for another decade. The Maserati brothers had sold their shares in the company in 1937, and despite the growing grievances with management, Fratelli Maserati developed a sophisticated new six-cylinder engine in 1942.

Under their guidance, the first road-going Maserati prototype was constructed, the A6 1500 TR (Testa Riportata). As World War II continued to escalate, the project was put on hold. During the war, the Maserati factory (now located in Modena) was largely spared the devastation experienced by many other manufacturers. They suspended automobile production to build components for the Italian war effort.

When peacetime resumed, Maserati returned to making cars with the A6 series. Alberto Massimino, a former Fiat engineer with both Ferrari and Alfa Romeo experience, was hired to oversee the design of all racing models for the next decade. He was joined by engineers Giulio Alfieri, Vittorio Bellentani, and Gioacchino Colombo. This team worked on several projects including the 4CLT, A6 series, 8CLT, and the A6GCS. The Maserati brothers continued their decade long contract with Maserati, leaving when in 1947 to form O.S.C.A.

The A6 was named in remembrance of a Maserati brother who had passed away, Alfieri (the 'A'), while the 6 was in reference to the number of cylinders. The design initially used a fixed cylinder head which was quickly abandoned due to its complexity. It was given a displacement of 1,488 cubic centimeters, a single overhead camshaft design, and rockers were used to actuate the valves, allowing for easy valve adjustments. The engine was installed in an oval-tube frame that used Houdaille hydraulic shock absorbers, a live rear axle, and an independent coil-sprung setup at the front. The first example was clothed by Pinin Farina and the second by Zagato.

The 1500 Gran Turismo wearing coachwork by Pinin Farina Berlinetta was introduced in 1947 at the Geneva Motorshow. A year later, another example was shown at the Turin Show and would form the basis of the production cars. The design was elegant, daring, and more rounded than pre-war Italian design, built from lightweight - and scarce (in the late 1940s) - aluminum, which resulted in a curb weight of about 950 kilograms. The interior had a full complement of Jaeger gauges, a three-spoke steering wheel, and a floor-mounted four-speed gear shift.

Most of the six-cylinders received a single Weber carburetor, but many cars were later retrofitted with a triple setup that added additional power. The single Weber versions delivered 65 brake horsepower which was more than adequate for the lightweight sports car on the Italian roads of the era.
Some of the 61 A6 1500s were designed for competition use, with five examples being entered for the 1951 Coppa inter-Europa race.

This Maserati A6 1500 Pininfarina Coupe is one off the last ten A6 1500s built, out of 60 total, and one of very few without semaphores. In March 1950, this car was delivered as a rolling chassis to Carrozzeria Pininfarina in Turin. Three months late....[continue reading]

PEBBLE BEACH, Calif. (August 17, 2015) -- An Italian Isotta Fraschini Tipo 8A Cabriolet that once turned heads and garnered top prizes in the classic era glided to victory at the 65th Pebble Beach Concours dElegance on Sunday. The competition...
© 1998-2020. All rights reserved. The material may not be published, broadcast, rewritten, or redistributed.