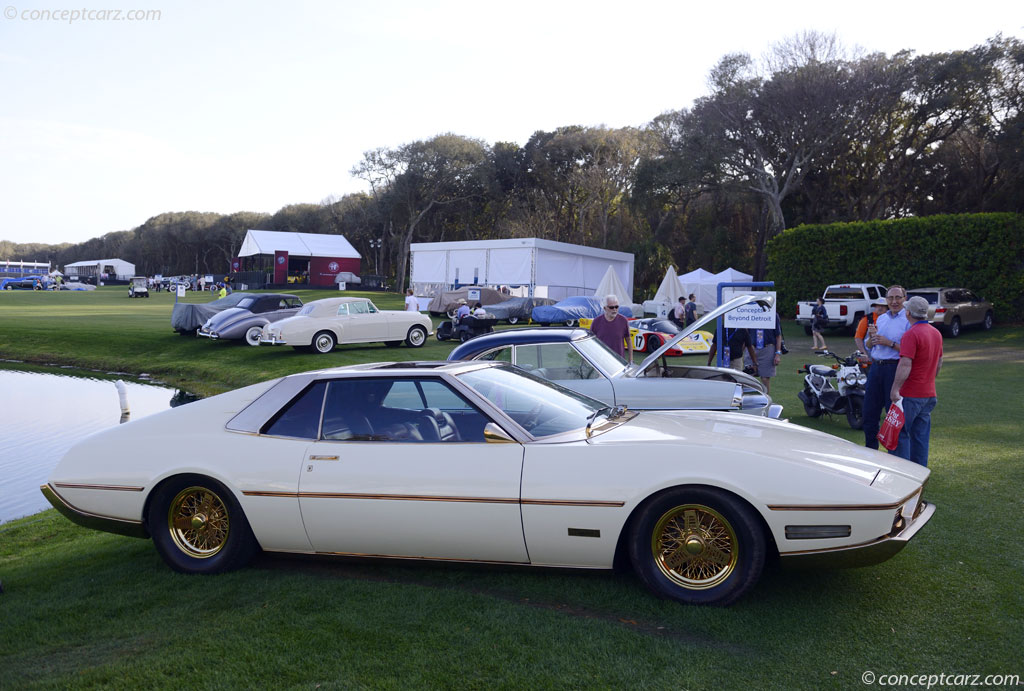 Change is inevitable. Automotive designers and manufacturers work to predict future trends and styles and implement them into concept cars to determine the feasibility and popularity of their vision. Predicting future technologies is equally important and equally difficult.

In the mid-1960s, the Bridgeport Brass Company Division of National Distillers and Chemical Corporation in cooperation with the Copper Development Association commissioned Mario Revelli de Beaumont of Italy to create a design for a new concept car. Mr. Revelli was a designer who also had a racing background. He had submitted designs to some of the finest coachbuilders of the era including Ghia, Casaro, Giovanni Farina, Carrozzeria Moderna, Castagna, and Sala. He had worked with Fiat's special coachwork section, created a number of bodies for Rolls-Royce chassis, created a body for the Maserati 1500, and was responsible for the 1937 Lancia 'Farina-Revelli' Cabriolet. He designed and patented many automobile accessories.

After World War II, Mr. Revelli worked with Pininfarina, Fiat, Cansa, and Simca. Many consider him one of the most recognizable and important coachbuilders of the 20th century.

Exemplar 1 was a unique and special concept car and one of the concepts that were not built by an auto manufacturer. It was built to showcase safety, comfort, design, and performance. It has a design that resembles a Lamborghini Miura distinguished by the delta shape, a long sloping hood, low be line, short rear deck, and a low streamlined profile. Perhaps it most important feature was the use of copper and bronze as decorative applications. The wheels are custom brass plated Borrani wire wheels with special Rivelli designed knock offs. The rear window has brass shutters and there is a 'panoramic glass roof'.

The exterior styling is equally matched by a futuristic interior. There are eleven distinct hues in standard copper alloys that were applied and they range from reddish-orange of copper through the golds and browns of brass and bronze. There are soft silver colors of the copper-nickel and nickel silver alloy resulting in an exquisite and beautiful interior. Almost everything in the interior of Exemplar 1 is trimmed or made of copper or bronze including the tunnel console, the steering wheel column and horn button are trimmed in copper, 'A' pillar and header moldings, scuff plates, and the power seats and door panels are trimmed in copper. It has twin-tiered instrument and control panels of polished copper with copper garnish and a padded dash.

The use of these metals continued to the engineering aspects of the car. The Exemplar 1 has copper disc brakes, copper brake lines, dual polished copper radiators, one for cooling the engine and the other for the air conditioning, and copper is also used throughout the electrical system for ignition, lighting, instrumentation, and supplying power to the numerous accessory motors throughout the car. The engine is based on a modified Buick Grand Sport with its polished copper trimmed 430 cubic-inch V8 motor offering 360 horsepower and a compression ratio of 10.25:1. There is an automatic transmission with a copper floor control shift, a heavy-duty suspension, a positive traction rear end and a gear ratio of 3.42.

The Exemplar 1 was completed in late 1967 and then shipped to the United States to the Bridgeport Brass Company in Bridgeport, Connecticut. After its unveiling to the leaders of the National Distillers and Chemical Corporation, the National Copper Association and to the public, the car was put on tour throughout the United States. The car was a rolling showcase of the radical use of copper, brass, and bronze.

Around 1969 or 1970, the car was decommissioned by the National Distillers and Chemical Corporation. Since the car was just a concept and had never been inspected or accepted by the department of motor vehicles, its fate was similar to the of many other concept cars of that era - the crusher. Before it could be destroyed, Mr. Herman Steinkraus - the president of the Bridgeport Brass Company - decided to purchase the car and took it to his 25-acre estate in Darien, Connecticut. It was put undercover and way from daylight for the next two decades. In the late 1980s, Mr. Steinkraus passed away and the car was then sold by his estate to Manny and George Dragone of Dragone Classic Motorcars. It was part of their collection for the past 25 years. After many years, the car was treated to a restoration that brought it back to its original beauty. The work was completed in 2015.
by Daniel Vaughan | Apr 2016
Vehicle Profiles

Prior to becoming a concept car, the Exemplar I began as a typical Buick Riviera, including its 430 CID/390 horsepower V-8. Mario Revelli de Beaumont was commissioned to design the car. Not only did he have a racing background, he had worked with Ghi....[continue reading] 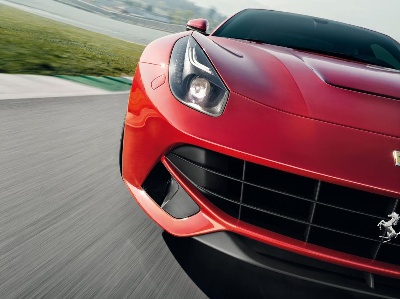 Maranello, 5 July 2013. Ferrari is proud to announce the Goodwood debut of the F12berlinetta at this years Festival of Speed. In addition, a selection of vehicles representing the various levels of personalisation available from Ferrari will be demonstrated...
© 1998-2021. All rights reserved. The material may not be published, broadcast, rewritten, or redistributed.