With 80 kW/109 hp, the new smart BRABÚS is among the sportiest vehicles in its segment. Alongside the powerful turbo engine, this is down to the BRABÚS Performance sports suspension with specially adapted ESP®, the sports power steering and sporty configuration of the twinamic dual-clutch transmission with Race Start function. The vehicle also comes as standard with a sporty look both inside and out. Available in fortwo, fortwo cabrio and forfour versions, the new smart BRABÚS celebrated its world premiere at the 2016 Beijing Automotive Exhibition. The first models will be in European dealers' showrooms from July 2016.

Anyone for a spot more driving enjoyment? The new smart BRABÚS models are more powerful than any previous standard smart. That's because, compared with the previous model, rated power and maximum torque have been increased by 5 kW and 23 Nm, respectively, to 80 kW/109 hp at 5750 rpm and 170 Nm at 2000 rpm. The result is a correspondingly sporty level of performance, with the smart BRABÚS fortwo accelerating from 0 to 100 km/h in 9.5 seconds, while the smart BRABÚS forfour boasts a top speed of up to 180 km/h.

Yet the more powerful turbo engine is not the only technical highlight. The sporty performance is due also to the following extensive modifications:
•The fuel pressure has been raised by 2 bar. The air supply to the engine has been optimised.
•The springing/damping of the BRABÚS Performance sports suspension are 20 percent firmer than the BRABÚS sports suspension, with the anti-roll bar on the front axle reducing the roll tendency by 9%, while the ESP® has been specially adapted.
•The sports-tuned Direct-Steer system with speed-sensitive power assistance and variable steering ratio comes with a specially increased return torque for the smart BRABÚS. This means that the steering gives even stronger feedback on the current grip status of the tyres, thereby improving the communication between driver and vehicle. This allows better control over the vehicle while making for enhanced driving enjoyment.
•With an up to 40 percent faster response time and shorter-legged ratios than in the 66 kW model, the twinamic 6-speed dual-clutch transmission is configured for sporty performance. It also features a Race Start function, which automatically sets the optimal rpm and clutch slip for maximum acceleration from rest. To use the Race Start function, the driver simply needs to release the brake pedal after previously depressing it and flooring the accelerator.
•The BRABÚS sport exhaust system has been optimised in terms of back-pressure. 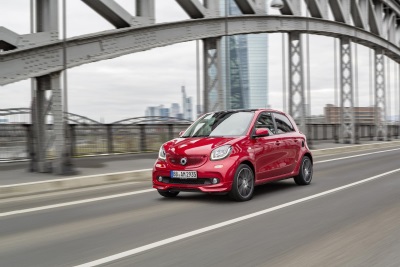 Top version with 80 kW/109 hp coming in the summer: More power than ever: the new smart BRABUS

BeijingStuttgart. With 80 kW109 hp, the new smart BRABUS is among the sportiest vehicles in its segment. Alongside the powerful turbo engine, this is down to the BRABUS Performance sports suspension... 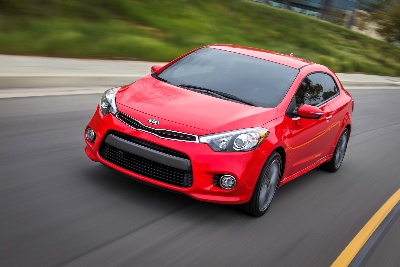