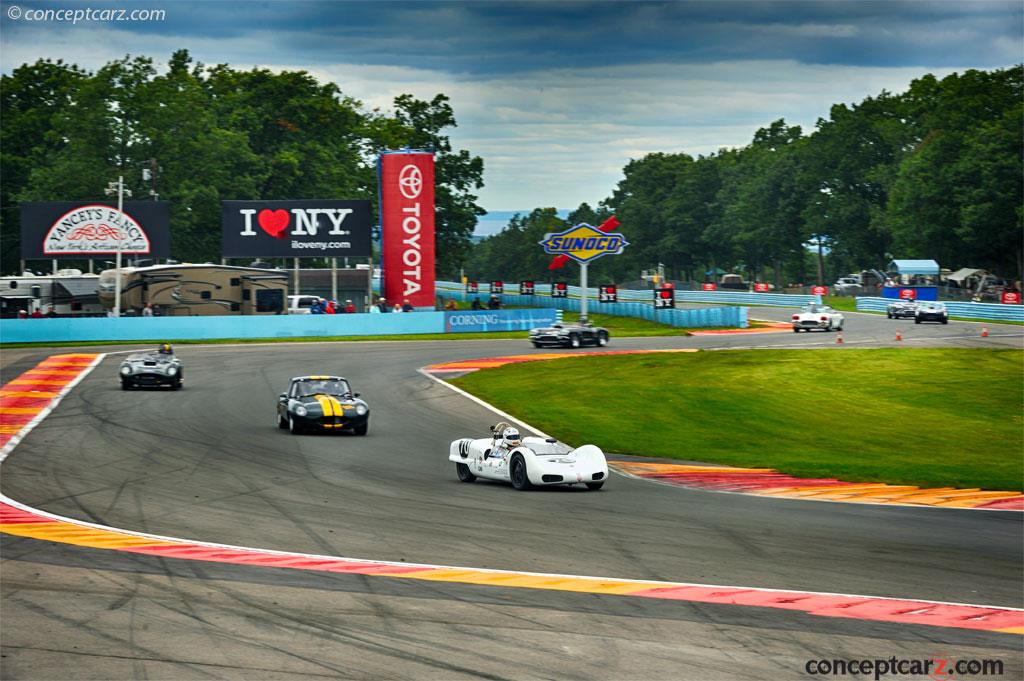 In the year 1955, Frank G. Nichols founded the Elva sports car manufacturing company. Based in Hastings, United Kingdom, the name Elva comes from the French phrase ‘ella va' which means ‘she goes'. Unfortunately financial problems that were caused by the failure of the U.S. distributor the Elva Company was sold to Trojan in 1961. Production was relocated to Rye, Sussex, and again in 1966 to the main Trojan factory in Croydon. In 1965 Ken Sheppard from Customized Sports Cars of Shenley, Hertfordshire purchased Elva from Trojan, but unfortunately production ended in 1968.In 1954, Frank Nichols built his first sports racers. They was designed by Mick Chapman and created specifically for competition. Upon completion, they were taken to the track and competed with similar small displacement Lotus sports-races from Colin Chapman. With the car showing tremendous promise, Nicholes decided to emulate its design with the first few Elva live rear axle sports-racers. MK II featured a deDion rear axle. The MK IV had fully independent suspension and was the first Elva with a tubular space frame.
The ultimate front-engined, drum-brake Elva sports racer was the small displacement sports-racer MK V. Only thirteen examples were produced. Power was from the Coventry-Climax FWB single overhead camshaft engine, and they were competitive (perhaps better), than Chapman's Lotus 11 in England, Europe and the United States.
Twenty-eight Elva MKVI models were produced with production beginning in December of 1961 and lasting until October of 1962. Most were powered by the Coventry Climax FWA 1100cc engine, although a few were given Ford push-rod power and other engines. Drum brakes were standard as their low weight and small displacement engines did not necessitate a need for discs.The MK VI were the first of the modern ultra low 'lay down' sports racers. They made their debut at the Brands Hatch Boxing day race in England on December of 1961. They were popular in the US as a club racer in the G-Modified class. They enjoyed much success through the 1962 season but were soon eclipsed by the Lotus 23 and its successor, the Elva MK VII.There were a total of around 69-72 examples of the MKVII produced between 1963 through 1965. Engine options varied, some were fitted with Lotus/Ford 1600cc, Ford Cosworth 1100cc, (Porsche, Climax, Lotus Twin Cam, and BMW) and various other units.The last Elva Sports Racers were the Mark VIII. They were based on the highly successful MK VII and VIIS, and fitted with the most state-of-the-art-technology of the era. They were sold without engines and never officially used as factory competition cars; they were raced with much success by privateers, such as Carl Haas. The MKVIII had rocker arm front suspension, a rigid chassis design, aerodynamic body, and a number of other innovations making them formidable competition against the Lotus 23s and other '2-liter and Under' competitors.
By Daniel Vaughan | Oct 2010
Sports Racer Vehicles

Courier
Sports Racer
© 1998-2021. All rights reserved. The material may not be published, broadcast, rewritten, or redistributed.