◾New SEAT Leon receives subtly updated design with greater elegance and dynamism
◾Raft of new additions across the range, including new engines, state-of-the-art technology such as Connectivity Box, and an array of assistance systems, including Blind Spot Detection
◾New engines including 1.0 115PS for first time in ÚK, as well as 1.6 TDI 115PS
◾Luxury XCELLENCE trim level also joins the fold
◾New Leon CÚPRA family with 'its own surprises' debuts in early 2017
◾New Leon launches in ÚK showrooms in February 2017. Full range pricing and specification to be released closer to launch

SEAT is continuing its relentless product offensive with the unveiling of the New Leon, ahead of its launch in early 2017. The latest incarnation of the Barcelona-based brand's best-selling model already has a multi-award-winning recipe , blending key ingredients of comfort, technology and quality, with emotional design and driving pleasure. The successful 'Leon formula' Is now having a drop of extra technology and design added to the mix.

'With the New SEAT Leon, we want to continue the success story of one of SEAT's most emblematic models, including further technologies in terms of driving assistance systems, safety systems and, of course, connectivity' added the Vice-President for R&D, Dr. Matthias Rabe.

A sharper, even more harmonious design

Without a doubt, one of the main reasons for the current Leon's success has been its striking and high quality design, so, for 2017, some subtle changes have been added. SEAT Design Director, Alejandro Mesonero Romanos, affirmed, 'The Leon is a very attractive model and it isn't necessary to change its image, only reinforce it, refresh it. The objective is to harmonise all parts of it, in particular the front and the rear, with the sides of the car.'

For that reason, the front and rear have sharper, more assertive lines than the current model, with incisive lateral lines that are less distinct at the front and rear. The intention has been to emphasise this sharp image, achieving it with a more coherent look. It is noticeable especially in the new bumper design. Another goal was to increase the perceived size of the car, stretching the grille an extra 40mm in a richer chrome, like that more traditionally found on more expensive, larger cars. The character has also been reinforced as much inside as outside in terms of quality. It is worth noting too, that the new Leon is also even quieter than before. Inside the car, the ambient lighting LEDs' intensity can be regulated as the driver wishes from the newly designed eight-inch screen, which eliminates the need for many of the buttons and dials on the current model.

The new, improved exterior lights are particularly noteworthy thanks to new rear lights and headlights complete with Full-LED technology. LED technology has also been used in the indicators and fog lights.

The latest in driver assistance and connectivity technology

Following the launch of the Ateca with such a vast range of driver assistance systems, it's now the Leon's turn to take onboard the latest technological developments. For example, Traffic Jam Assist, a function that offers great comfort in traffic with frequent and intermittent stops. Thanks to the combination of Lane Assist and ACC, in traffic jams the car manoeuvres, accelerates and brakes automatically within the limits of the system. Úp to 37 mph, the system provides assistance with speed while keeping the car in the correct lane. Another added feature is the Pedestrian Protection System which recognises vehicles, as well as pedestrians, ensuring that safety is paramount both in the city and on the motorway.

Further new systems include Traffic Sign Recognition, Blind Spot Detection, and the most advanced parking assist technology with both bay and parallel parking, Emergency Assist and High Beam Assist. The camera and navigation systems have been improved too, to now recognise a higher number of traffic signs. The New SEAT Leon also includes a new centre console with an Electric Parking Brake.

The New SEAT Leon offers the very highest level of connectivity. Its myriad systems include the latest generation of Easy Connect infotainment systems, SEAT Full Link and the exclusive SEAT ConnectApp that comes with voice recognition and gesture control technology, allowing functions to be activated with just a finger swipe on the touchscreen. The Media System Plus, with its eight-inch screen, is the highlight of the former. The New SEAT Leon has, for the very first time, a Connectivity Box in the central console that enables wireless smartphone charging. Not forgetting SEAT Full Link, which opens up the world of connectivity for users of virtually all smartphones. Alongside MirrorLink, Full Link also incorporates the functions of Apple CarPlay and Android Auto. For areas with low satellite reception, the system also comes equipped with a GSM signal booster.

The new SEAT Leon will be offered with five trim levels at ÚK launch: S, SE Dynamic, SE Technology, FR and the new XCELLENCE. The new highlight is the latter with its distinctive upmarket feel, including luxurious upholstery (Alcantara and leather as an optional), extensive trim elements and multi-colour ambient interior lighting. On the outside, it gleams with a chrome design front grille, new front and rear bumpers, and also comes with rear LED indicators. On the inside, it benefits from an aluminium XCELLENCE kickplate, LED interior illumination pack and KESSY (Keyless Enter and Go).

When it comes to gearboxes, the range includes five- or six-speed manual units, all well as double-clutch DSG with six- or seven-speeds.

In summary, the New Leon boasts an updated design, an even broader range of efficient engines, plus, a raft of advanced technology, to keep it at the top of the class.

A new Leon CÚPRA will be available in the near future, complete with its own surprises. But that's a story for another day.

SEAT is the only company that designs, develops, manufactures and markets cars in Spain. A member of the Volkswagen Group, the multinational has its headquarters in Martorell (Barcelona), exporting more than 80% of its vehicles, and is present in over 75 countries. In 2015, SEAT's turnover amounted to over 8.3 billion euros, the highest in its history, and the company achieved worldwide sales of more than 400,000 units for the first time since 2007.

SEAT Group employs more than 14,000 professionals at its three production centres – Barcelona, El Prat de Llobregat and Martorell, where it manufactures the highly successful Ibiza and Leon. Additionally, the company produces the Ateca and the Toledo in the Czech Republic, the Alhambra in Portugal and the Mii in Slovakia.

The multinational has a Technical Centre, which operates as a knowledge hub that brings together 1,000 engineers who are focussed on developing innovation for Spain's largest industrial investor in R&D. SEAT already features the latest connectivity technology in its vehicle range and is currently engaged in the company's global digitisation process to promote the mobility of the future.Source - Seat 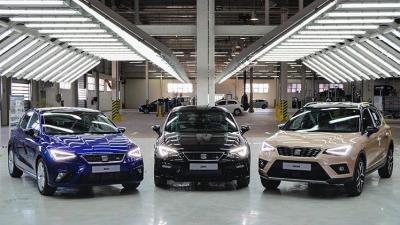 The Arona and Leon are manufactured in Martorell and the final assembly for the Algerian market is carried out in the SOVAC and Volkswagen Groups plant in Algeria Both models join the Ibiza, which... 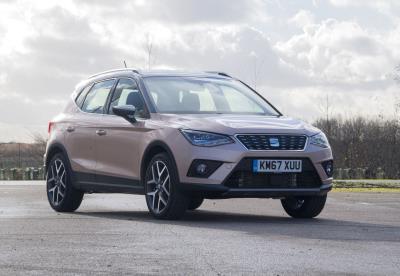 Triple Accolade For Seat As Arona, Ateca And Leon Named In The Dieselcar And Ecocar Top 50 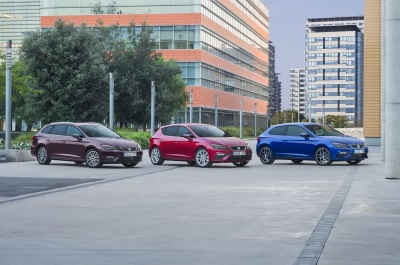 The Best-Selling Seat Leon Ever

EXCEEDING SALES FIGURES OF BOTH PRIOR VERSIONS - THE BEST-SELLING SEAT LEON EVER The third generation of the compact accumulates 682,567 vehicles delivered Launched in 2012, it has been SEAT... 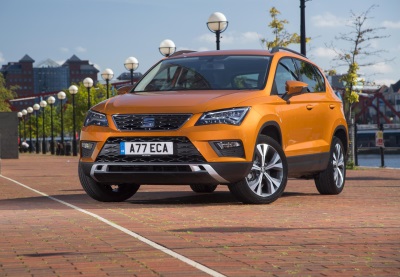 SEAT CELEBRATES ATECA AND LEON SUCCESSES AT WHAT CAR? AWARDS 2017

Ateca wins Small SUV category at first attempt New Leon celebrates Family Car Best Buy victory (£18,000-£20,000) SEAT is kicking off 2017 in style after driving off with two accolades at the What... 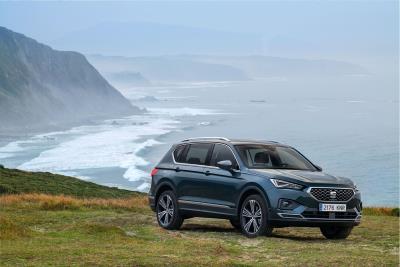 SEATs new flagship model Tarraco is SEATs entry into the large SUV market, completing the family line-up as it joins the Arona and Ateca It blends greater levels of design, quality, equipment, co... 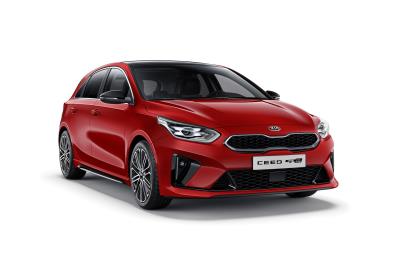