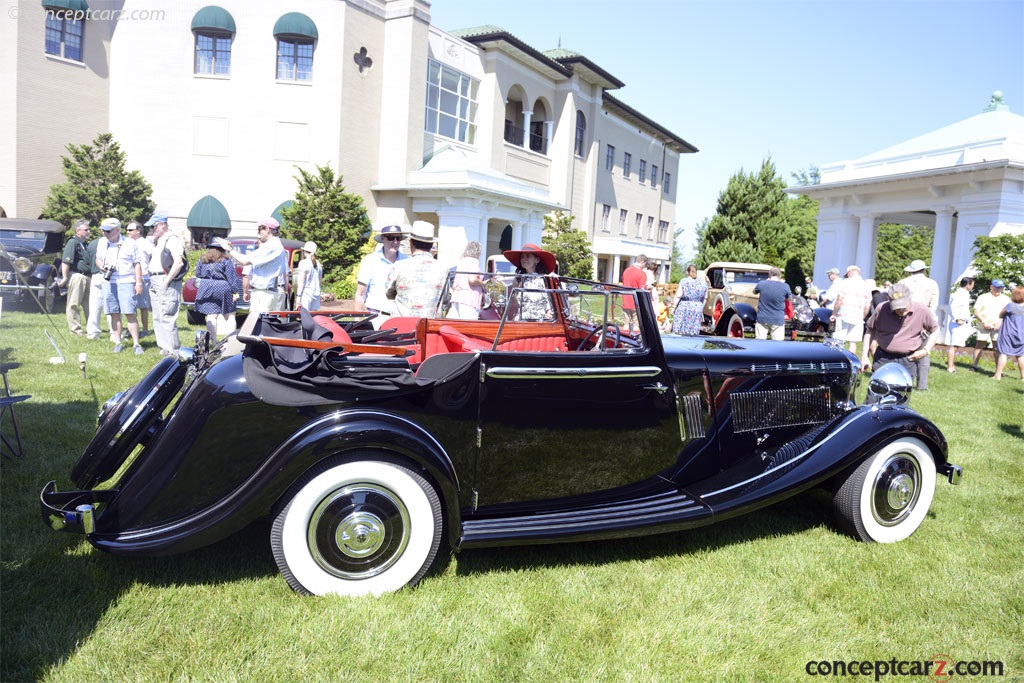 George Brough left his father's company in 1919 to launch Brough Superior motorcycles. The firm quickly developed a reputation for quality, performance and functionality with stunning good looks. Both glamorous and exclusive, today they are regarded as the first true superbikes. Brough realized that his friends were getting older and buying cars instead of motorcycles, prompting him to launch his first road car in 1935. Like Reid Railton, he began with a modified in-line eight-cylinder Hudson chassis and engine. Keen on both longevity and ease of serviceability, Brough equipped his car with Bijur centralized lubrication as well as Smiths Jackall hydraulic jacking system at all four wheels. He designed the coachbuilt body, which was fashioned by W.C. Atcherley of Birmingham, England.After selling out his first run of cars, Hudson declined to supply any more eight-cylinder chassis. Soon after, World War II stopped any further ideas of building automobiles. Brough's expertise was put to use supplying crankshafts for Rolls-Royce Merlin engines. Of the approximately 15 built, just three are known to have survived.
Brough: 1931-1940
Similar Automakers
Brough Models