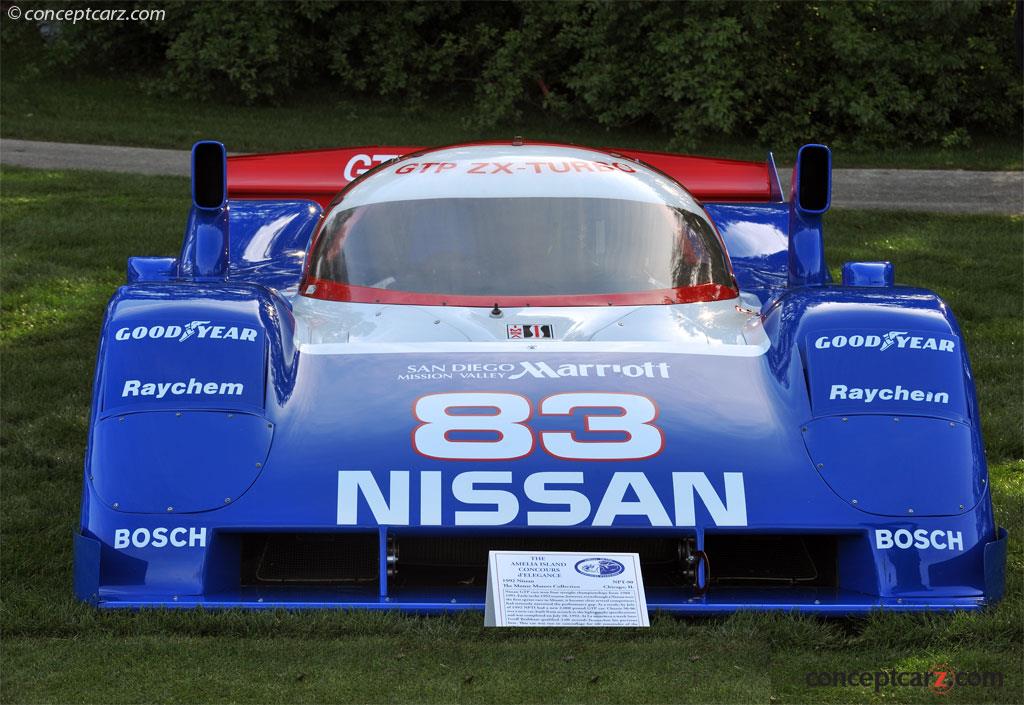 The Electramotive Engineering Company of California was created by an scientist and racing enthusiast named Don Devendorf. He was aided in this venture by his friend, John Knepp. Devendorf had experience running in IMSA and had some success in the 1970s and 1980s racing modified Datsun/Nissan cars.

Before long, the Electramotive Engineering Company became renowned for their abilities to prepare and modify Datsun/Nissan cars for various types of road racing. When the Japanese company, Nissan, decided to enter GTP competition, they turned to Devendorf to lead the project. Devendorf began with a Lola T810 and adapted it to accept a Nissan engine. Changes that were necessary the bodywork and the installation of additional cooling. The bodywork was designed by Yoshi Suzuka. In total, two examples were created.

John Knepp was tasked with modifying the V6 engine, which was also used in the production 'Z' cars at the time. In stock form, the engine featured an iron block and aluminum heads. Knepp added a turbocharger, aluminum block, and many changes to the engine electronics.

The Nissan ZX-T made its racing debut at the Laguna Seca in May of 1985. The car had many growing pains its first year and was met with little success. The following year, the fortunes changed. The car sat on the Pole at Portland, after Geoff Brabham had driven it faster than any other car of the day. During the race, Brabham was joined by co-driver Elliot Forbes-Robinson; together they lead most of the race. They were running in first place when they ran low on fuel and had to return to the pits for a quick re-fuel. The term 'splash' of fuel would seem appropriate. When they returned to the race, they found themselves in third place, and that is how the race would conclude.

In 1987, Lola continued to provide chassis and the Nissan project was ongoing. The Hewland gearbox was now replaced with a Weismann unit. The Nissans had proved to be very fast machines, but they were also unreliable. This would be the cars Achilles heal.

At Miami in 1987, a Nissan driven by Brabham and Forbes-Robinson beat Rahal/Mass and their Porsche 962 and claimed the vehicles first overall victory. Throughout the season, the car would secure four more pole positions, but would not claim any more victories.

The IMSA introduced new regulations for the 1988 season which reduced the horsepower in the GTP category. Many of the cars in this group were beginning producing an excessive amount of horsepower from their turbo-charged engines, making safety a concern. Another possible reason for the restrictions were to give the American V8 engines an advantage. Restrictor plates were fitted to the engines intakes and horsepower became regulated. John Knepp was able to side-step this drawback by adapting an electronically-controlled turbocharger wastegate in the engines management system. This gave the Nissan cars a big advantage and soon they were dominating the system. During mid-season, the IMSA introduced another rule change which gave the pushrod-powered cars a weight advantage, but it was not enough to keep the Nissan's from winning. They were especially quick on the short, sprint races. For this reason, they did not enter cars at the Daytona or Sebring endurance races.

In the hands of Geoff Brabham, chassis number 8801 was driven to a victory in nearly every one of its outings. The car racked up a total of 9 victories, including eight consecutive wins. At the conclusion of the season, Nissan had captured the Manufacturers' Title and Geoff Brabam had earned the IMSA GTP Drivers' Champion.

Brabham and Nissan repeated their domination the following year. This time, a new car had been created, wearing chassis number 8802. It proved to be just as capable as 8801.

After winning the IMSA Championship in 1988 and 1989, Nissan bought out Electramotive and re-named the company 'Nissan Performance Technology Inc.' or 'NPTI' for 1990. Halfway through the year, the new organization introduced an all-new car wearing a design by a team led by Yoshi Suzuka. It was a new design that relied heavily on ground-effects and new aerodynamics that were not limited to an existing chassis. IN the back was a full-width rear wing and there were small diffusers mounted in front of the front wheels.

The chassis was created by Trevor Harris. Power was from a twin-turbocharged V6 engine that displaced just under three liters and featured a single overhead camshaft. Turbo inlets could be found just behind the door, which was later replaced with snorkels. The intercoolers were cooled by intakes in the nose with the duct-work running through the chassis.

The NPT-90 made its racing debut at the May 5th Topeka round of the IMSA GTP Championship. After just three races, the NPT-90 earned its first victory in the hands of Geoff Braham and Derek Daly. The NPT-90 would earn two more victories before the close of the season. With points earned by both the NPT-90 and the GTP ZX-T, Nissan and Brabham were able to again win the championship.

Nissan GTP cars won four straight championships from 1988 - 1991. Early in the 1992 season, however, even though a Nissan won the first sprint race in Miami, it became clear several competitors had seriously narrowed the performance gap. As a result,....[continue reading] 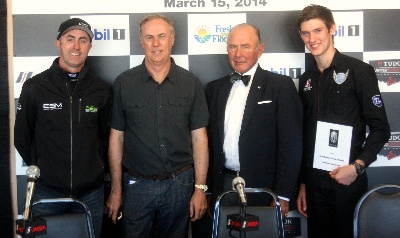 ROCHESTER, N.Y. (Feb. 21, 2014) - Three of auto racings rising stars under the age of 21 who have already demonstrated their talents on North American race tracks for at least a dozen years are... 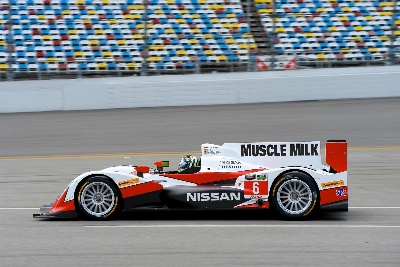 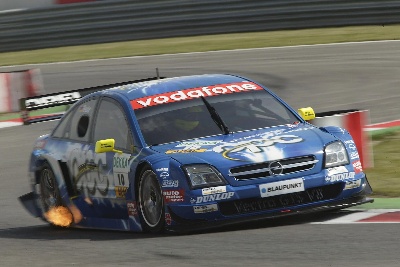 Le Mans winners, DTM aces and extreme sportsman Felix Baumgartner are among the star guests at the final round of the Volkswagen Scirocco R-Cup, which features a thrilling three-way battle for the prestigious...
© 1998-2020. All rights reserved. The material may not be published, broadcast, rewritten, or redistributed.