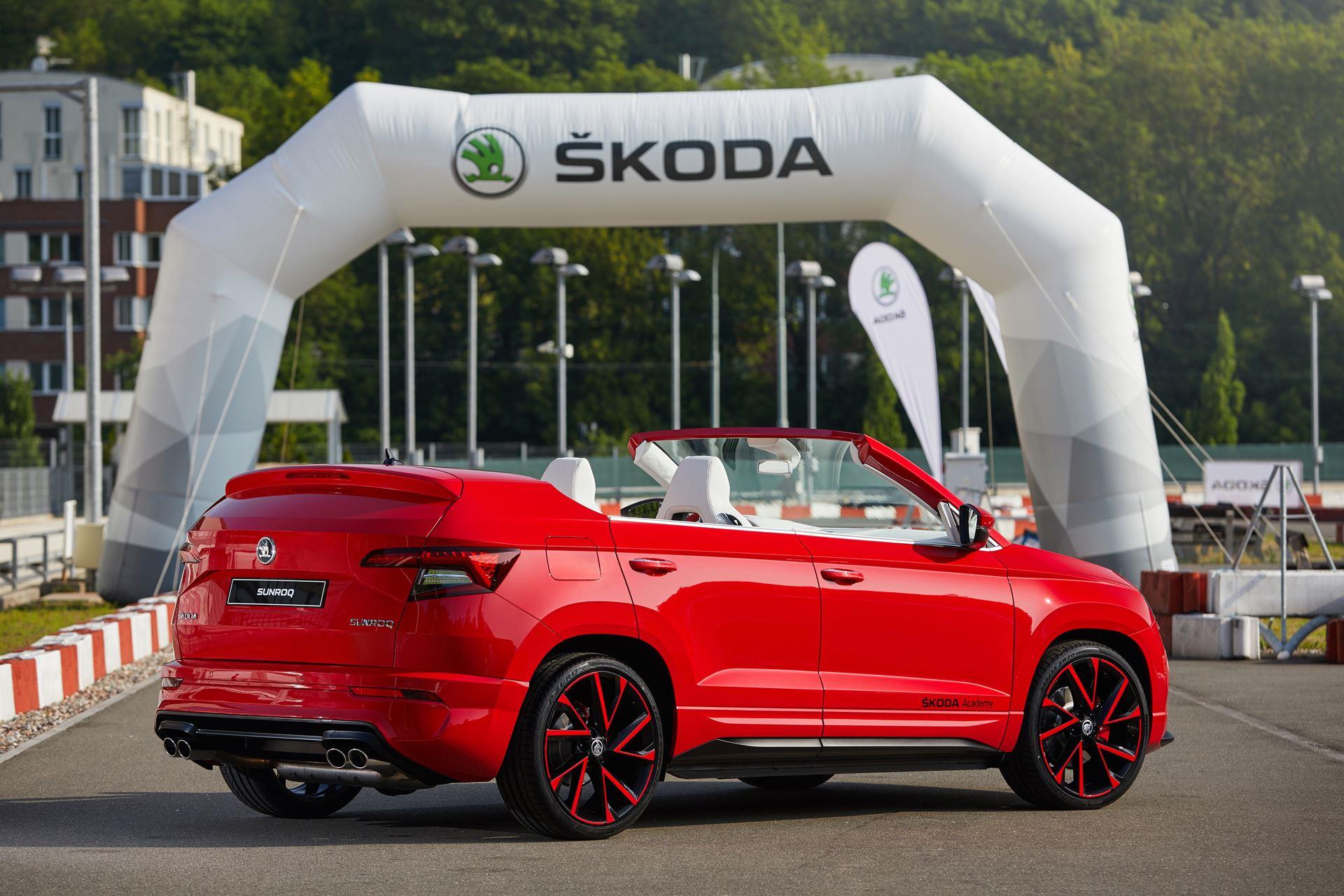 › The name perfectly captures the summer appeal of the cabriolet concept based on the compact SÚV ŠKODA KAROQ
› Social media survey: ŠKODA customers and fans submitted hundreds of suggestions for the 2018 student's car naming
› 23 students at the ŠKODA Vocational School have developed an attractive one-off vehicle

Meet the Škoda Sunroq. This cool-looking convertible, the work of students from the Škoda Secondary Vocational School, is a dream come true for the younger generation.

Having launched the project in October 2017, by June 2018 the school workshops in Mladá Boleslav had engineered the Škoda Sunroq, a new student car that has what it takes to plug a gap in the market. For five years now, the Azubi Car project has encouraged students at Škoda's educational facilities to cast conventions aside, team up with with professionals to devise a unique car concept, and bring a brand new Škoda into the world.
2018's team numbered some 23 students studying a range of subjects at Škoda's own trade school in Mladá Boleslav. In their work on this new study, they took on the roles of engineers, interior and exterior designers, mechanics, and even marketers. Professionals were at hand every step of the way to consult the individual stages with them and judge whether their plans and ideas were feasible. 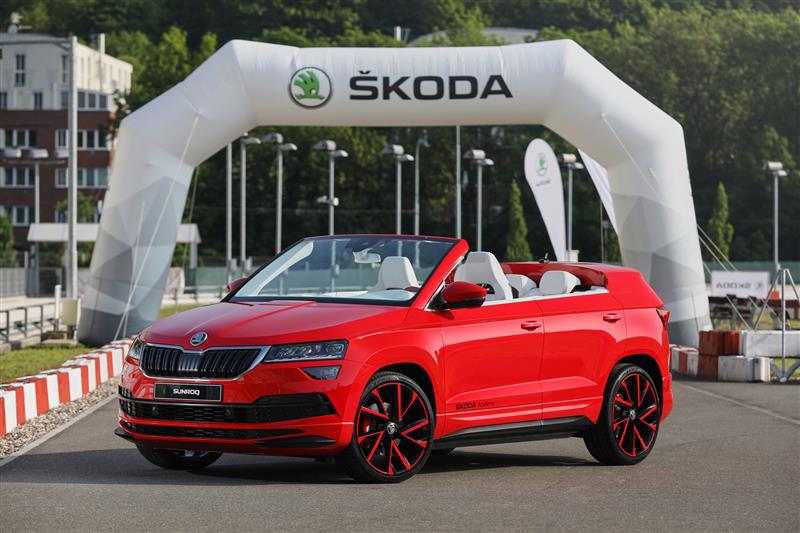 'The initial phase was an opportunity to sit down with Škoda's professionals. While it wasn't exactly straightforward, we found it very constructive. And what was the most important lesson we learnt? Definitely the art of reasoning, which is sure to come in very handy in the future,' said the students as they discussed their car.

Each year, students use one of Škoda's production cars as inspiration to develop a new vehicle. In 2018, it was the turn of the Škoda Karoq. They took this popular SÚV and transformed it into a convertible. The student team skilfully paired the advantages of both categories to inject their own brand of fun into the SÚV concept. The target customer group is young adults who might need enough room to load their surfboards, but also want to feel the wind in their hair and sun on their faces in their pursuit of adventure. By all accounts, this is precisely why the students picked out Sunroq as the best name put forward by their Facebook followers.

Compared to other years, the naming process for the new student car has been rather unorthodox because, besides thinking up names themselves, the students held a contest for followers of the Škoda Facebook page. Out of the barrage of suggestions, the students chose Sunroq because it best reflects the car's concept - a convertible bathed in sunshine that makes for the perfect companion on summer holidays. The sports car's dynamic, stylish design boldly states that the Škoda Sunroq has not been created with the weekly shop in mind. It's for zipping along in fun and sun. And it can handle so much more than the latest motorways. Because it is an SÚV at heart, this model is even able to take on rougher terrain. The Sunroq's length, width, and wheelbase are the same as the Karoq's, and it has kept the powerful four-cylinder 1.5 TSI engine. Where it does diverge, of course, is in the completely revamped body. After getting rid of the roof, the young designers set about reconstructing the doors and redesigning the A and B pillars. The back of the car, completely at their mercy, was completely transformed, so the Škoda Sunroq can pride itself on a new fifth door.

Not even the tiniest detail slipped the team's attention. The team got the Sunroq's light design down to a tee, with backlit handles and direction indicators featuring specific details. And if by any chance you forget what you're driving, take a look down at the road surface - in the dark, the Škoda logo is projected on to the ground by both the front and rear bumpers. The Sunroq does not only play the design card. Thanks to the original SÚV engine, you can get to 100 kph within 8,6 seconds. How about the maximum speed? You can get up to 195 kph. Every year it seems that the upcoming team does not stand a chance of creating a concept that could beat the previous one. Nonetheless, 2018 Azubi Car brought another model that proved this notion completely wrong.

Every year's new team is faced with the near-impossible challenge of creating a concept that would overshadow the last one. 2018 Azubi Car project, though, has delivered another model kicking established conventions into touch. 'We were heavily inspired by one of the previous models, the Škoda Atero, which was unveiled by our predecessors in 2016. Our main ambition has been to build a sports car that will mesmerise the younger generation at first sight. And we think we achieved that very well,' the students agree.Source - Skoda

- New EA888 Gen 3 engine, produced in Silao, Mexico, makes its U.S. debut - Engine offers 10 hp increase over previous Gen 2 powerplant - Beetle models have a manufacturer estimated fuel economy improvement of up to eight percent on the combined cycle -...
© 1998-2021. All rights reserved. The material may not be published, broadcast, rewritten, or redistributed.