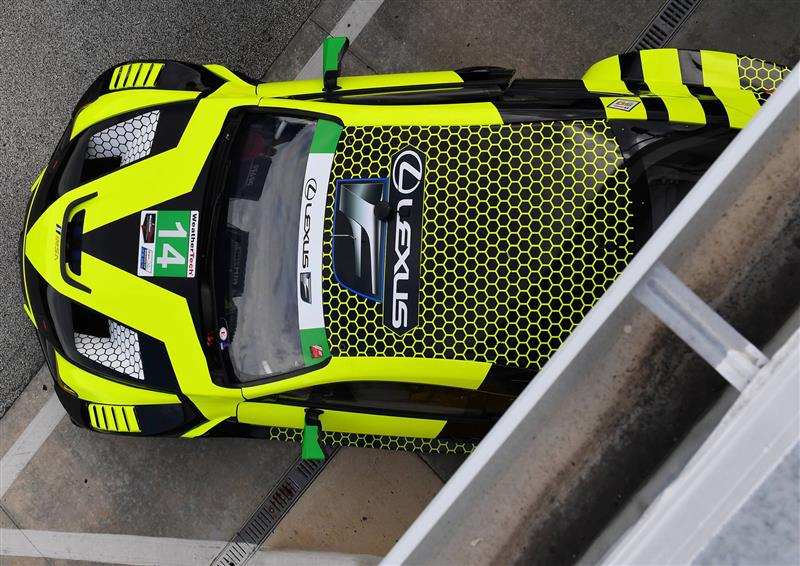 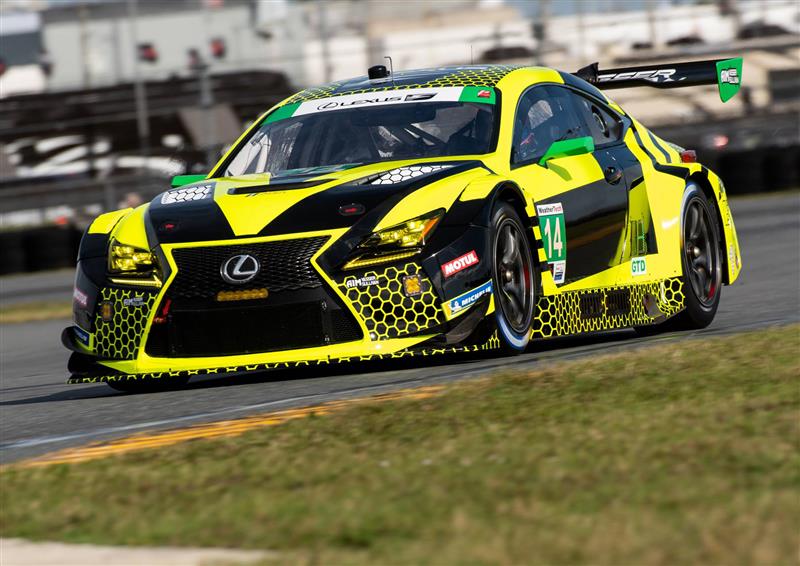 DAYTONA BEACH, Fla. (January 24, 2019) – Newly formed race team AIM Vasser Sullivan (AVS) is set to campaign the No. 12 and No. 14 Lexus RC F GT3s in the IMSA WeatherTech SportsCar Championship beginning this weekend at the Rolex 24 at Daytona. 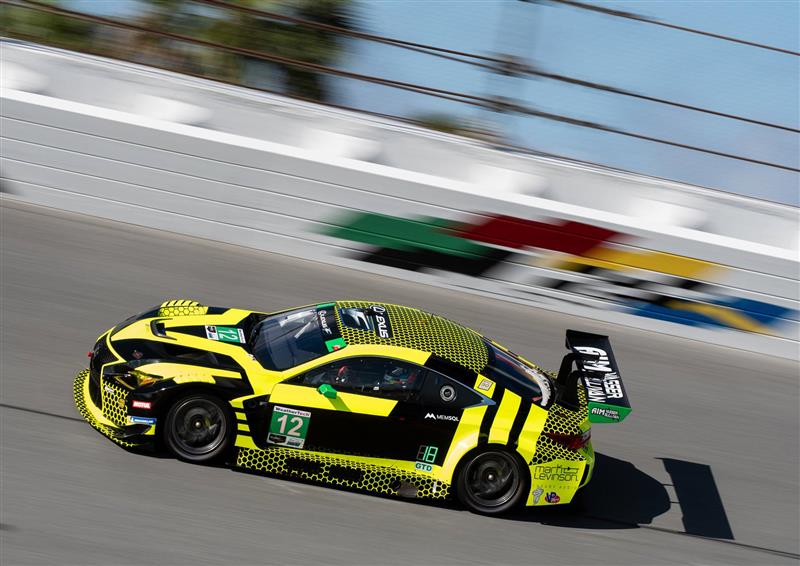 The race team is owned by AIM Autosport partners Andrew Bordin, Ian Willis and Keith Willis, along with Vasser-Sullivan Racing partners Jimmy Vasser and James 'Sulli' Sullivan. AVS first hit the race track for testing sessions at Daytona International Speedway at the Michelin tire test in December as well as the Roar Before the 24 earlier this month to prepare for this weekend's grueling 24-hour event. Both RC F GT3s have a new look this season with nearly identical dayglow yellow and black liveries. 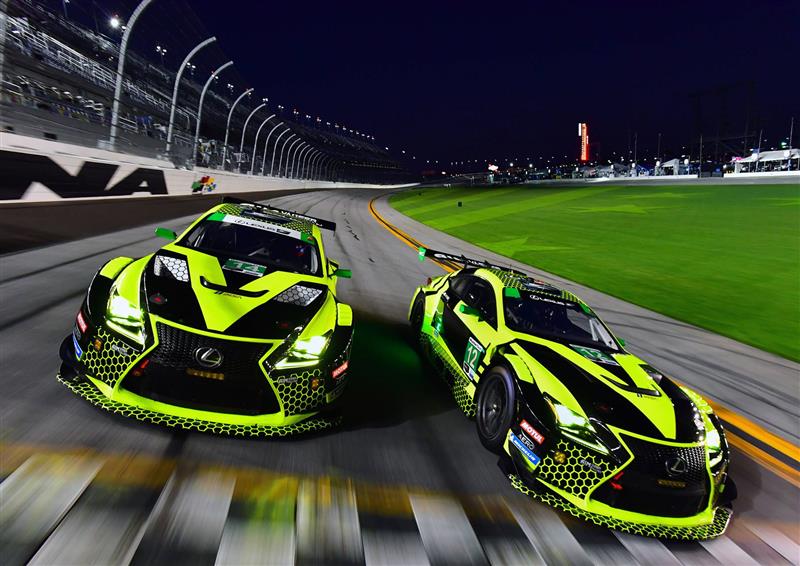 Four full-season drivers are set to compete in all 11 IMSA WeatherTech SportsCar Championship races for AIM Vasser Sullivan this season. Townsend Bell and Frankie Montecalvo will team up in the No. 12 Lexus, while Jack Hawksworth and Richard Heistand will co-drive the No. 14 RC F GT3. Bell and Montecalvo participated together in IMSA's four endurance events during the 2018 season. Bell was victorious in the 2014 Rolex 24 at Daytona in the GTD class and won the 2015 IMSA GTD class championship.

Hawksworth competed behind the wheel of the RC F GT3 the last two seasons combining for a series-best four pole positions (2018) and seven of the quickest GTD race laps, including five last season. Heistand previously raced in the Porsche Supercup in Europe and will make his first IMSA start at the Rolex 24.

Joining the AIM Vasser Sullivan full-time driver lineup for the Rolex 24 at Daytona are four endurance racers split between the two RC F GT3s. Jeff Segal and Aaron Telitz join Bell and Montecalvo in the No. 12 Lexus to make up the only all-American lineup in this year's Rolex 24 field. Segal, a three-time IMSA champion, earned the GTD class victory in the 2014 Rolex 24 along with Bell. Two-time Indy Lights winner Telitz will make his first IMSA and Rolex 24 start this weekend and is scheduled to run all four endurance events in the No. 12 this season.

2017 Japanese Super GT champion Nick Cassidy along with Austin Cindric will co-drive with Hawksworth and Heistand in the No. 14 Lexus at Daytona this weekend. Cassidy, who will make his first Rolex 24 start, raced the Lexus LC 500 in Super GT the last few seasons, finishing runner-up last year after winning the championship in 2017. Cindric joins AIM Vasser Sullivan after previously competing in the RC F GT3 in four endurance events in 2017. 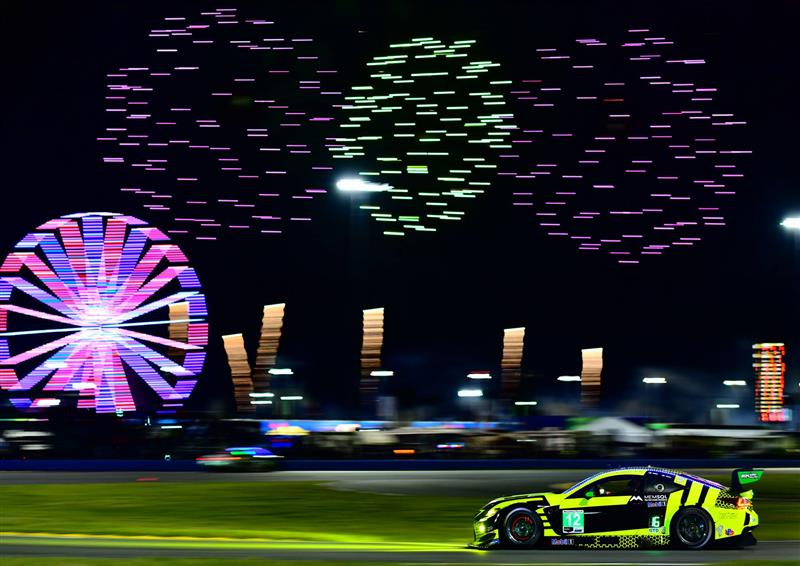 TOWNSEND BELL, No. 12 Lexus RC F GT3
What are your first impressions of the Lexus RC F GT3 after both test sessions at Daytona?
'I am very impressed with the Lexus RC F GT3. It's comfortable and capable. We still have lots of opportunity to improve. I am just happy the car is reliable and really just thrilled with the AIM Vasser Sullivan team. The guys executed. We were on time for every session, ran all the laps that were available. That's a huge accomplishment for a new team. I come into the Rolex 24 with legitimate excitement that as a new team, I feel like we have a chance. We still have a lot to learn and a lot to improve, but so far the energy on the team feels capable. When we won in 2014, I had a very similar feeling.'

FRANKIE MONTECALVO, No. 12 Lexus RC F GT3
How does the RC F GT3 feel heading into this weekend's Rolex 24 at Daytona?
'The Lexus RC F GT3, the AIM VASSER SÚLLIVAN team, everything is amazing. The amount of time the team has had with the car and how far they have come really shows what the manufacturer has put together. Especially qualifying second at the Roar shows what we are capable of in such a short period of time. Going into a season with that kind of confidence, I feel we are only going to get better and build off of that. Going into the Rolex 24, it's an endurance race. You really need to be competitive, be fast, but at the same time you need to stay out of trouble. That is going to come down to the drivers, the team, the spotters, everyone to make it to the end. I think we have the manufacturer, we have the reliability in the car. That gives us the ability to push for the entire race, but we still have to be there at the end.'

JEFF SEGAL, No. 12 Lexus RC F GT3
What is the key to being in contention to win the Rolex 24 at Daytona?
'The secret to the Rolex 24 is that everybody just needs to be on top of their own responsibilities. We lay out a plan. We stick to that plan. If we do that, then certainly we can win. I just want us to have a solid race. We have a great team, a great crew and a great car. There are a lot of things out of our control, but my hope is that I get a shiny new watch this weekend.'

AARON TELITZ, No. 12 Lexus RC F GT3
What are your first impressions of the RC F GT3 going into your first IMSA start the Rolex 24 at Daytona this weekend?
'The Lexus RC F GT3 is an awesome car. It took me a little time to get used to it versus what I normally drive, open wheel cars where the wind blows in your face and you can see all the tires. Being in a cockpit with a roof over my head, a big car -- it takes a bit to get used to. The guys did a great job helping me out getting me up to speed. The Rolex 24 is a way longer race than I am used to. The longest race I have been in up until now is an hour, an hour-and-a-half, so I am going to be driving for a least an hour and a half at a time, maybe two hours. So, keeping the car together, being smart, managing traffic, keeping your average lap pace up, that is going to be key.'

JACK HAWKSWORTH, No. 14 Lexus RC F GT3
What is your outlook racing the RC F GT3 with a new team this year?
'The Roar was pretty interesting. It was really smooth in terms of reliability for the RC F GT3 so props to the guys for putting together two cars that ran without issue. Promising for the race having to go 24 hours. think the speed of the car will be pretty good in the race. Obviously a brand new team that has only been together for a short period of time. The drivers are new and some experienced and some with less experience, so potentially could be a bit of a learning race with pit stops, driver changes and all of the on-track stuff. We'll just see how the race unfolds. I think if we can survive without drama then the RC F GT3 will be quick enough to have a shot, but it's going to be a long 24 hours. A lot can happen and the team is still growing so we've got a lot to do.'

RICHARD HEISTAND, No. 14 Lexus RC F GT3
How has it been working with the AIM Vasser Sullivan for your first Rolex 24 at Daytona this weekend?
'We're on a great race team in AIM Vasser Sullivan. We're a new team and a lot of work has had to be done, but there's great drivers on the team and it's engineered very well. Just everyone on the team is first class, so if anyone can have success in that time frame it would be this team in my opinion. With that said, success isn't guaranteed and we're in this for thinking long term. For me, I just need to do my job and there's still some things in terms of traffic management that I have to get on top of and we'll take another step in practice for the Rolex. I'm going to do my job so I can be relied upon and counted upon and that's my goal for the race.'

NICK CASSIDY, No. 14 Lexus RC F GT3
What have you learned heading into your first Rolex 24 at Daytona this weekend?
'I learned a lot at the Roar. It was my first time in the Lexus RC F GT3 so it's very different than what I'm used to in the LC 500. I'm used to lightweight, higher cars, but overall the Roar was a great experience. I got up to speed pretty quickly I think and I feel quite comfortable, so I'm ready for the Rolex 24. I don't really know what to expect for the race. It will be my first 24-hour race. Obviously, we all want to win and I think we've got a car on performance that I think can do it and a great team behind us, but with a 24 hour race there's a lot that happens. It's important not to be too confident and to make sure that we do the little things right.'

AÚSTIN CINDRIC, No. 14 Lexus RC F GT3
Are you looking forward to being back behind the wheel of the RC F GT3 in the Rolex 24 this year?
'I've had the pleasure of getting to see both sides of the spectrum with the Lexus RCF GT3. I was behind the wheel for its first stint in its first race at the Rolex 24 in 2017, and I've had the satisfaction of seeing all of the progress that has been put into this car and in this program up to this point. There's a lot of people that should be very proud of this effort, and it's exciting times for me to now be involved with AIM Vasser Sullivan, as this truly feels like an opportunity to be standing on the top step by the end of a long 24 hours.'Source - Lexus 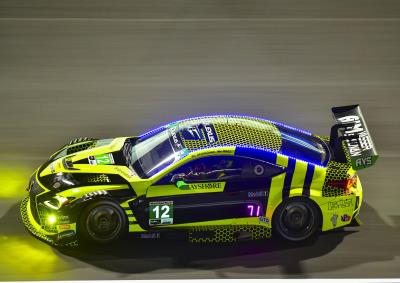 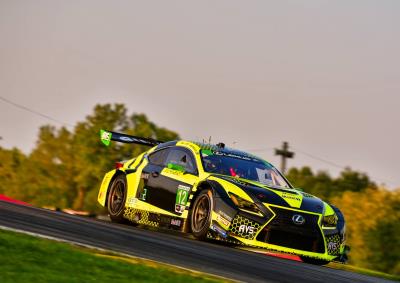 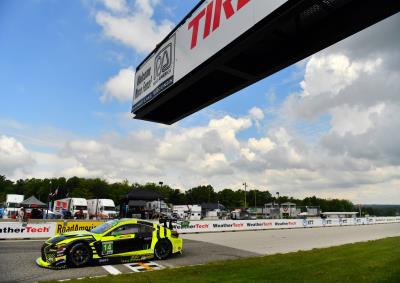 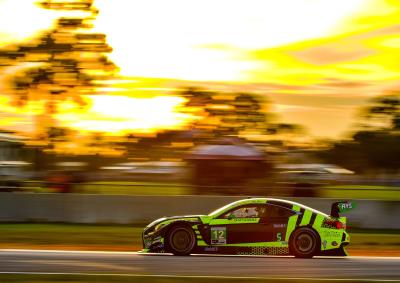 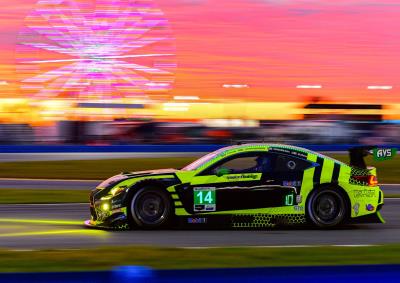 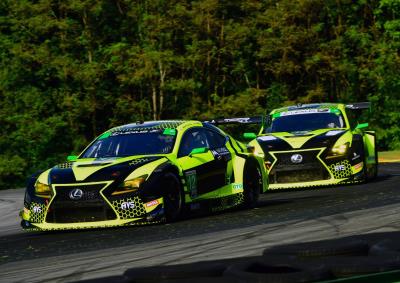 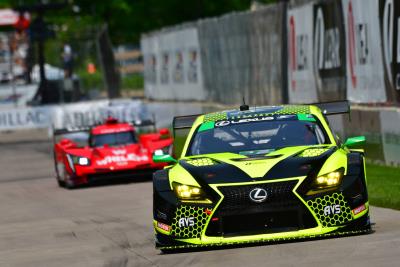 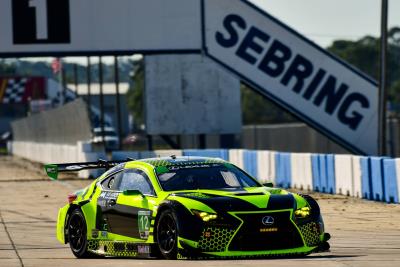 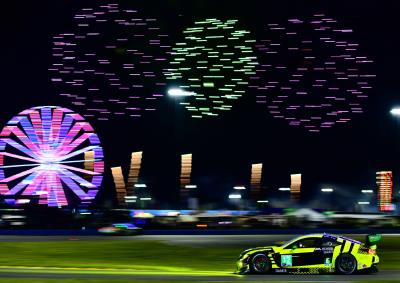 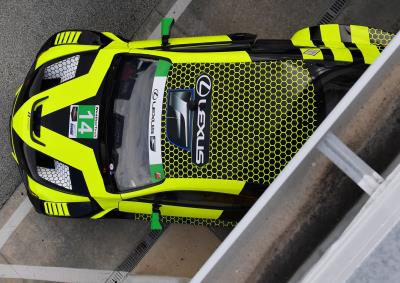