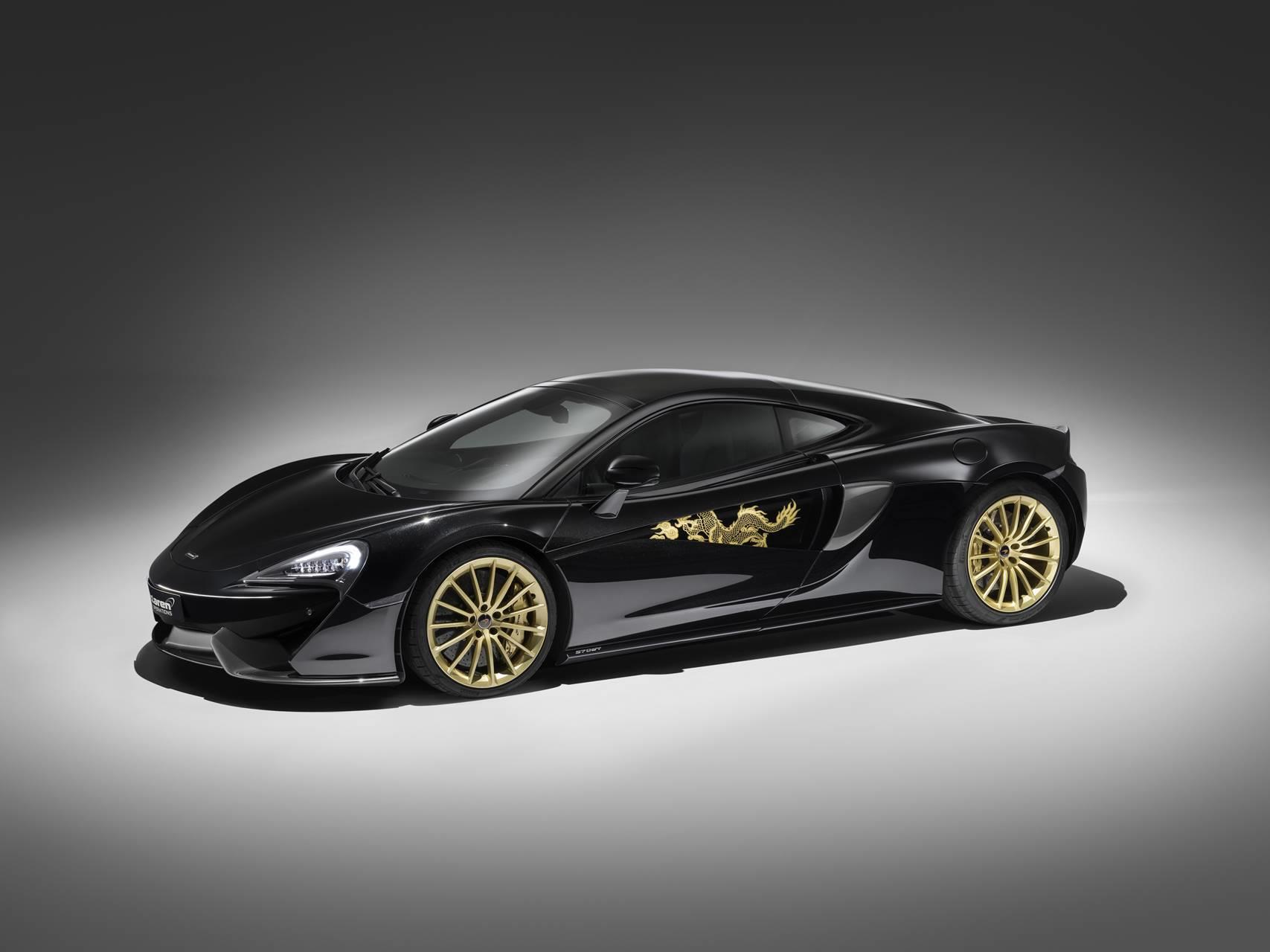 The McLaren 570GT MSO Cabbeen Collection made its north American debut at the annual Lunar New Year celebration hosted by the Beverly Hills Chamber of Commerce's Asian Business Connection Committee on Friday, February 1. The Collection of five bespoke McLaren 570GTs were originally unveiled at the 2018 Beijing Auto Show in China, and this additional, sixth and final 570GT was created specifically to celebrate the Lunar New Year in Los Angeles and is available exclusively through McLaren Beverly Hills.

MSO Defined Carbon Sill Covers grace the inside of the cabin, with unique vivid sculptural dragons embroidered in gold on the Alcantara® Centre Front Tunnel and Rear Luggage Deck. Designed by Mr. Cabbeen to elevate the Cabbeen Collection cars to a new level of interior luxury, the dragon motifs are an example of Chao Embroidery, which is recognised as part of China's cultural heritage.

This specific 570GT has a special VIN ending in 888888 to commemorate the Lunar New Year: Year of the Pig. The car is available for purchase exclusively at McLaren Beverly Hills.Source - McLaren

1960 Cadillac Eldorado Brougham
© 1998-2020. All rights reserved. The material may not be published, broadcast, rewritten, or redistributed.