•The Mint Concept introduces the new typology of the premium city car as an accessory for the modern, urban lifestyle
•Reductive, decluttered interior design features innovative digital ÚX
•Represents a global design effort among Genesis design studios in Europe, Asia, and North AmericaNEW YORK, N.Y., April 16, 2019 —Today, Genesis revealed the Mint Concept at Hudson Yards, ahead of the opening of the 2019 New York International Auto Show. The Mint Concept introduces the all-electric, luxury car for the city, a new vehicle typology, featuring organic design and an innovative interior user experience.'As a brand, Genesis embraces progressive design values, and the Mint Concept reinforces this commitment from a previously undiscovered perspective,' said Manfred Fitzgerald, Executive Vice President and Global Head of the Genesis Brand. 'Mint belongs in the city, and we are proud to introduce our evolution of the ideal city car in New York.'The Electric Luxury City Car: A New Vehicle Typology

The Mint Concept respects city life and the challenges it dispatches on a regular basis. The lightweight runabout reimagines the iconic shape of the city car, tailored to the needs of modern lifestyle. Mint is both highly maneuverable and exhilarating to drive.'The Mint Concept disconnects the physical dimensions of the vehicle from its positioning as a premium product, calquing the city car of the past to today,' said Luc Donckerwolke, Executive Vice President and Chief Design Officer of Hyundai Motor Group. 'The Mint Concept is a designer's Occam's razor that challenged us to visualize a scaled-down interpretation of our signature aesthetic.'The Mint Concept represents a holistic collaboration among Genesis design studios located around the world, led by Genesis Global Advanced Design in Germany, Genesis Design Team in the Ú.S., and the Namyang Design Center in South Korea.Styled for the City

Inside and out, the Mint Concept posits an expanded definition of Genesis brand design cues adapted for a two-door, two-passenger city car with a reduced footprint. Finished in Hunter Green matte paint, the Mint Concept beautifully stretches a threebox design to the corners with extremely short front and rear overhangs.
'The Mint Concept is a new urban icon that marries classic proportions with forwardlooking, minimalist design,' Donckerwolke §äid. 'The Mint Concept instantly finds purpose and meaning in the city, just as so many people who call the world's most densely populated metropolises home.'The Genesis design hallmarks are evolved and designed specifically for the Mint Concept. Quad Lamps in front and back stretch to the corners, to enhance the feeling of presence and stance, with their respective top light elements connecting to form wraparound light bands. The Crest Grille appears as a closed sculptural element with a slight opening for the reduced cooling requirements of the battery pack. The signature Parabolic Line wraps around the body of the Mint Concept, with a sweeping uptick toward the concave rear. The overall motif skews to the sportier side of Athletic Elegance.The G-Matrix pattern serves a functional purpose on the lower half of the vehicle, used for efficient cooling and airflow circulation around the battery floor; it is also the basis for the Mint Concept's aerodynamic wheel design.In lieu of a conventional trunk with a rear hatch, the Mint Concept features a generous parcel shelf designed for occasional use. Access to the rear compartment is provided by scissor-style side openings engineered with a low load-in point to allow for easy stowage and retrieval. The interior of the Mint Concept offers ample space to stash temporary items that are essential for day-to-day life, with focus on portability and accessibility. The rear-mounted and centered charge port facilitates connections to charging stations.Reductive Versatility

Like a carefully furnished city dwelling constrained by space requirements, the Mint Concept takes advantage of every cubic inch of its interior. The cozy space for two is made to feel expansive, through the use of lightweight textiles, cognac leather, and mullion-free windows.'The interior styling of the Mint Concept takes influence from the Korean tradition of embracing the empty space, as well as modern European furniture design,' Donckerwolke §äid.The G-Matrix pattern features prominently as the defining element of the interior, both in the thin, gunmetal balustrade that runs across the width of the passenger compartment and in the repeating pattern for the floor and cargo area. The center console, which houses a central control knob, can be folded, turning the floating front bench into a settee. Ingress and egress are made easier, thanks to the automatic swiveling capability of the instrument panel and the bench seat.The oblong steering wheel is surrounded by six copper Graphic Úser Interface (GÚI) information screens that call attention to critical vehicle functions individually. A seventh screen mounted flush in the steering wheel displays primary vehicle information while allowing the driver to maintain focus on the road ahead.The versatility of the Mint Concept extends to the design and engineering of its highdensity, battery-electric powertrain, which is capable of an estimated 200 miles per full charge and 350-KW fast recharging.About Genesis
Genesis is a design-focused luxury brand that embodies the philosophy of Athletic Elegance. The Genesis product lineup consists of the flagship G90 luxury sedan, the G80 and G80 Sport midsize luxury sedans, and the G70 luxury sport sedan, which was named 2019 North American Car of the Year. In 2018, Genesis was the highest-ranked brand in the automotive industry awards for quality and owner satisfaction by respected, third-party experts, including Consumer Reports, J.D. Power and AutoPacific.Source - Genesis 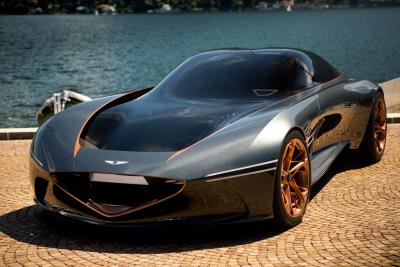 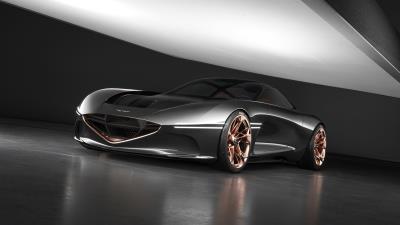 Como, Italy, May 25, 2018 – This weekend the Genesis Essentia Concept will make its summer 2018 concours debut at the Concorso dEleganza Villa dEste. The car will take part in the concours parade... 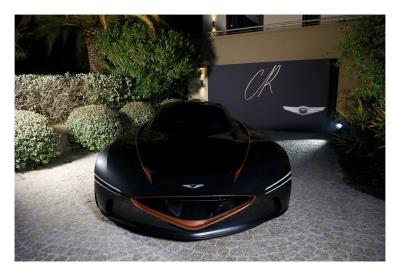 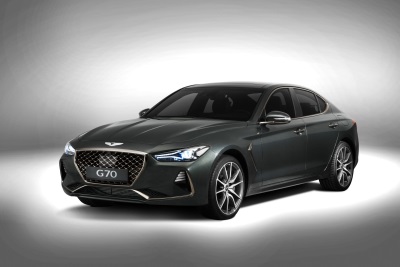 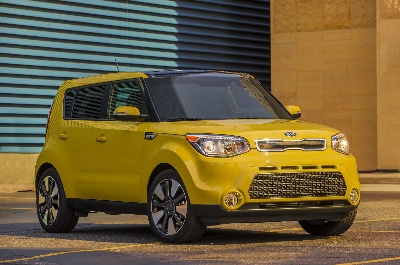