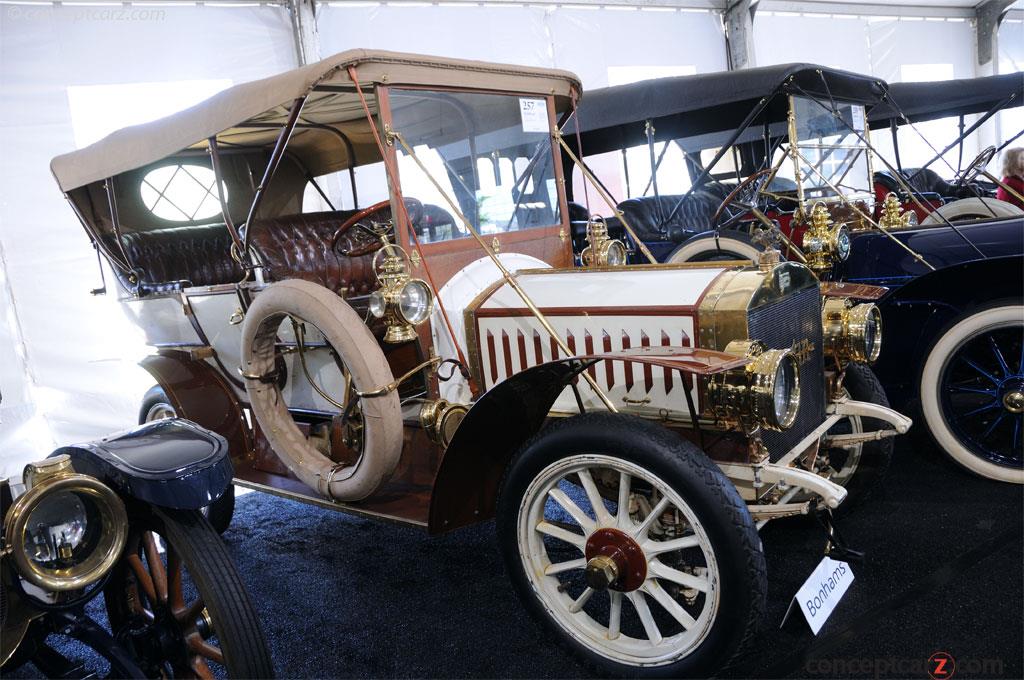 The Austin Automobile Company of Grand Rapids, Michigan produced automobiles from 1903 through 1920. In business for nearly a decade, only four Austin automobiles remain extant. James E. Austin had purchased the Michigan Iron Works in 1900 for investment purposes and to allow his son, Water S., a place to pursue his talents. He had a passion for the evolving mechanical technology, and by December of 1902 his first automobile had been produced. It had a 90-inch wheelbase and powered by a larger 2-cylinder engine. They became bigger and more powerful as the years progressed.

In 1903, 13 automobiles were sold. This led to a full-fledge emersion into the automobile industry by both father and son. While many automobile manufacturers focused on increasing production and profits, the Austin's focused on following their passion. They limited production to a meager 25 per year through 1906, rising to 30 per year through 1919. The 1907 lineup included four- and six-cylinder models of 60 and 90 horsepower. By 1911, electric lights and left-hand steering were featured. In 1913, Austin introduced a unique feature of a two-speed axle which allowed two gear ratios for city and country driving. Cadillac introduced a similar feature in July of 1913.

The largest Austin in 1907 was the XC with a 130-inch wheelbase. The following year, it grew by 4 inches. The following year, it became even larger by 13 inches, now having a wheelbase of 147-inches. By 1912 it was trimmed down to 141-inches and this would be the sole platform for all 1913 through 1915 models. From 1916 forward, a 142-inch wheelbase platform was adopted. All Austin's produced after 1916 were powered by a 12-cylidner engine.

The postwar recession depleted sales for the Austin Company and just 10 examples were produced during the final year of Austin production in 1920. Water would continue to experiment with vehicle technology after 1920, but more as an avocation. The father and son duo's main source of revenue was in real estate development.
by Daniel Vaughan | May 2019
Vehicle Profiles

This 1907 Austin Model LX-T 60HP Seven-Passenger Touring is the only known 60 horsepower, four-cylinder example known to exist. It was driven to California in 1913 where it developed transmission issues. The transmission was sent back to the Austin f....[continue reading]