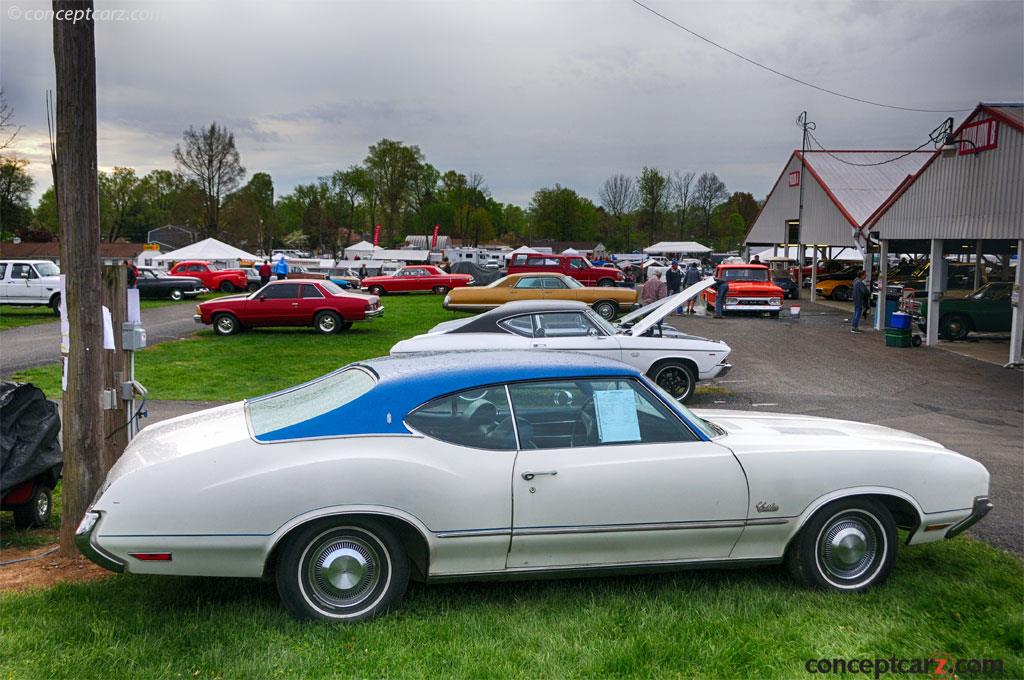 Oldsmobile employed the Cutlass name from the early 1960s until 1999. It began as the top trim level in Olsmobile's F-85 compact line, later becoming its own series. It was a compact vehicle from 1961 through 1963, becoming an intermediate 1964 and resting on a body-on-frame chassis with a perimeter frame with it shared with the 'A-body' Chevrolet Chevelle. The third generation was introduced in 1968 and brought about a major body style, as did all other A-body GM cars. It wore styling by Stan Wilen and had a wheelbase size of 112 inches for the two-door bodystyles and 116-inches for the four-doors.

For 1971 the intermediate Cutlass design was similar to the 1970, but with new headlight assemblies, new bumpers and taillights, and a new hood. Four new exterior body colors were offered, including Saturn Gold, Bittersweet, Viking Blue, and Lime Green. Standard equipment included the items found on the entry-level F-85 model and added carpeting, recessed windshield wipers, Deluxe armrest, and Flo-Thru ventilation. Bodystyles included a Holiday Hardtop, Town Sedan, and a station wagon. A 250 cubic-inch overhead valve six-cylinder engine offering 145 horsepower was standard, although most buyers selected the base V8 - an overhead valve 350 cubic-inch unit with 240 horsepower. Depending on configuration, the engine offered upwards of 340 horsepower when fitted with the Rochester 4MC four-barrel carburetor. Along with the 'small-block' 350, the large 455 could be given either 2- or 4-barrel carburetors. This was the final year for the 250 six-cylinder engine, due to its lack of popularity. A three speed manual transmission was standard with four-speed manual and automatic units optional.

Above the Cutlass 'S' was the top intermediate trim level, the Cutlass Supreme. Along with a 2- and 4-door Holiday Hardtop, it could be purchased as a convertible. The 'Supreme' added additional amenities including a woodgrain dash, interior light package, and chrome hubcaps.
by Daniel Vaughan | Jun 2019

Introduced in 1961 as a unibody compact vehicle, the Oldsmobile Cutlass was made by the Oldsmobile division of Geneal Motors. The major competition facing the cutlass was the Dodge Lancer and the Mercury Comet. Eventually becoming one of the most popular nameplates in the industry during the 1970s, the Cutlass name was used by Oldsmobile as almost a sub-marque. A number of different vehicles....
Continue Reading >> 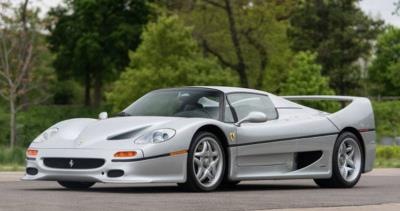