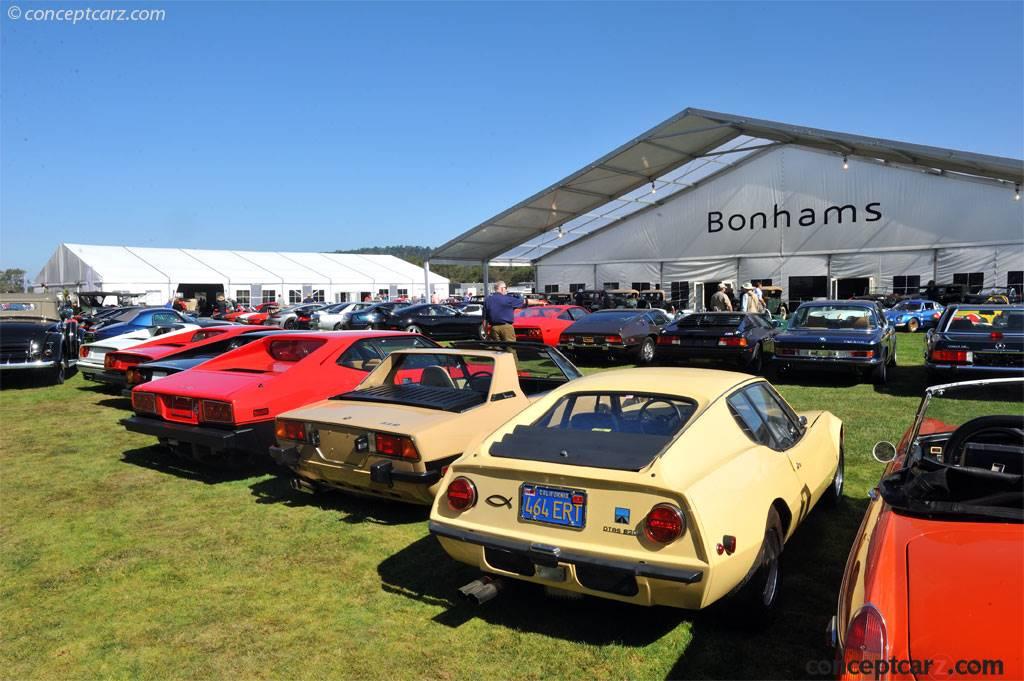 Carrozeria Francis Lombardi created several custom-bodied specials built atop Fiat drivetrains, with his most famous being the Lombardi Gran Prix. They were first shown in Geneva in March of 1968, having been developed in 1967 and based around new Fiat 850 mechanicals. They had a well-proportioned all-steel body powered by an 850cc overhead valve Fiat four-cylinder engine fitted with a Weber carburetor. Disc brakes were in the front with drums at the rear. The suspension was independent and the transmission was a four-speed manual unit. They were marketed abroad with the help of Franco Giannini, and the resulting firm was named OTAS for Officina Trasformazioni Automobili Sportive. These sports cars caught the attention of Glendale, California Fiat dealer and USA Abarth importer John Rich. After de-stroking the stock 850 engine down to 817cc, Rich was able to bypass many of the new emissions equipment regulations.

This OTAS 820 Grand Prix was purchased by Mr. Jack Buzzard of Yorba, Linda, California in April of 1974 and has owned it since that day. The current mileage is under 4,800. It is finished in yellow paint, has tweed carpet, and black vinyl upholstery.....[continue reading]