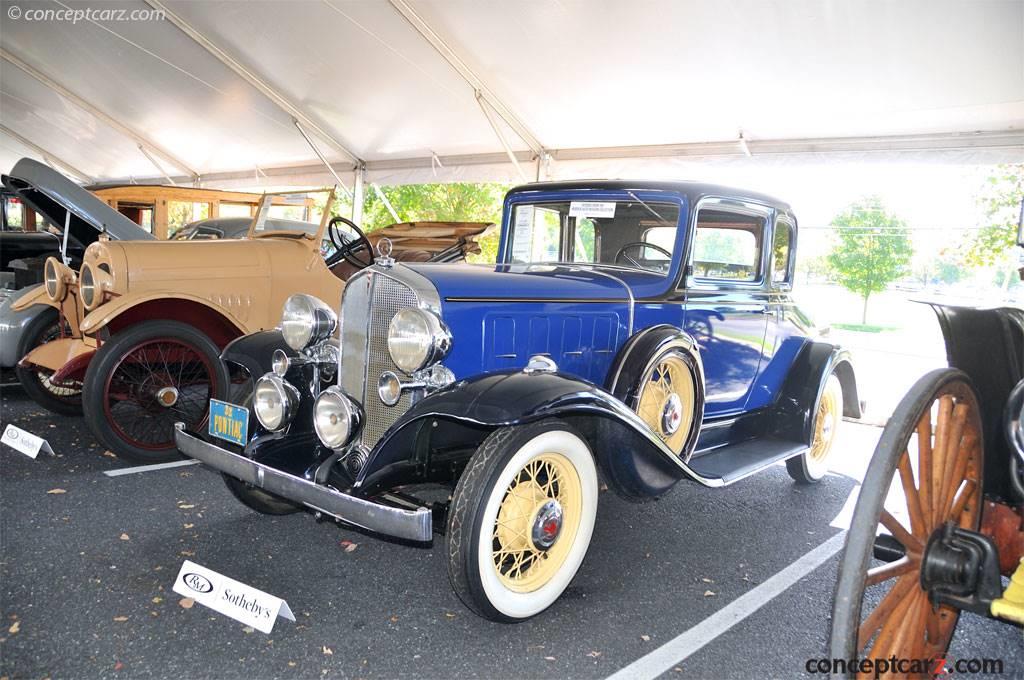 The Pontiac Automobile was announced in January of 1926 at the New York Automobile Show. It was intended as a lower-priced 'companion' to Oakland and received its name from Oakland's hometown, Pontiac, Michigan. The Pontiac was well-received, popular, and handily outsold its parent. The dramatic success enjoyed by Pontiac brought an end to the Oakland name after 1931. The Pontiac automobiles incorporated the geographic Native American heritage by using a radiator ornament in a likeness of Chief Pontiac, and slogans such as 'The Chief of the Sixes.'

With the demise of the Oakland marque, the V8 engine found in the Oakland was continued as a Pontiac, but it sold poorly and was discontinued at year's end. Both the Six- and Eight-cylinder 1932 Pontiac's were offered in the same body styles, including a coupe, sport coupe, 2- and 4-door sedan, custom sedan, and a convertible coupe. The six-cylinder version sold between $635 and $795 while the eights were priced between $845 and $1,025.

The Series 402 Six was powered by an L-head, inline six-cylinder engine displacing 200 cubic-inches and offering 65 horsepower. Both the six- and eight-cylinder were backed by a three-speed Synchromesh transmission and employed four-wheel mechanical brakes. The Series 402 six had a 114-inch wheelbase while the eight-cylinder was slightly longer, at 117 inches. Both models had dual horns, a slanted windshield, and a vee-shaped radiator. The Series 402 hood ornament had an Indian head within a circle, and the sides of the hood had four ventilator doors.

Both the convertible coupe and the sport coupe were 2/4-passenger models, with the 3rd and 4th passengers riding in a rumble seat. This particular example is a 1932 Pontiac Six Sport Coupe that is finished in blue with black fenders and moldings. The....[continue reading]