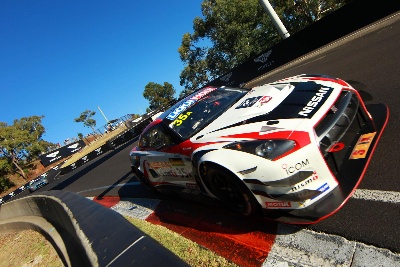 ◾Katsumasa Chiyo storms from third to first on penultimate lap in spectacular finish to Bathurst 12 Hour ◾First win for Nissan GT-R at Mount Panorama since Bathurst 1000 wins in 1991 and 1992 ◾Wolfgang Reip and Florian Strauss further evidence of GT Academy success – becoming Bathurst winners only a few years into their racing careers BATHURST, Australia – The Nissan GT-R has taken another significant victory at Mount Panorama after scoring a dramatic victory in the 2015 Bathurst 12 Hour. After a race full of drama, crashes and safety cars, Japanese star Katsumasa Chiyo passed two cars on the penultimate lap to secure a remarkable win for the NISMO Athlete Global Team. 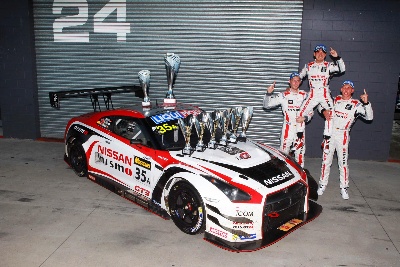 The victory for Chiyo and GT Academy winners Wolfgang Reip and Florian Strauss is the first time that the Nissan GT-R has won at Mount Panorama since the GT-R took back-to-back Bathurst 1000 wins in 1991 and 1992. The crowd at the top of the Mount Panorama roared as Chiyo put the Nissan into the lead, a fairytale story after the car was damaged in a qualifying crash on Saturday, with repairs to the #35 Nissan GT-R NISMO GT3 only completed at 4:30 a.m. local time on Sunday morning. Strauss was especially ecstatic to take victory, as he was a late recruit to the event when Alex Buncombe was unable to attend the event due to the birth of his first child. Strauss has only been a racing driver for 18 months following his win in GT Academy in 2013. QUOTES: Trending News
'It is just unbelievable because I couldn't imagine that end of the race, with a strong Audi and Bentley and we are still in the amateur class. The car is very good. It is very strong on the straight. I tried to imagine, it was just amazing, we couldn't know what would happen in this race, but we just tried our best in the moment and then I had a chance in the final restart. It was just awesome. The car was amazing, and so was the team.' Wolfgang Reip 'Yes it was very stressful (watching the final laps), I couldn't keep calm. It is incredible, our first win for the last two years we have been racing, so really a lot of emotions. I took the start this morning, at the beginning of the stint I was following the Audi and then I started to save the car because we knew we had to do it to reach (the window). It was pretty long, a two-hour, 40-minute stint and then Chiyo did a three-hour stint, so it was quite long, but very exciting. My second stint went pretty well, there were a lot of safety cars but I could reach the pit in time. It was very stressful as we had a strategy and then with the safety cars we did not know what would happen. We didn't really expect any more to win, but the last 10 minutes were incredible. The car was very good here. It is definitely a track that suits us. It was a good race.' Florian Strauss 'It is just awesome, still unbelievable. I am very lucky that we have won. No one can say what would you have achieved with Alex, we couldn't have achieved a better result. The team did an amazing job all weekend. Chiyo put the car in first place. The team put all the effort in to get the car ready in the morning. The car gave me a lot of confidence. I got up to speed quite well I guess, not too far away from my teammates. My stint was amazing, a bit long and a lot of safety cars. Disappointingly, half way from the end of the race we were in third place, but Chiyo put the hammer down at the end and we achieved a good result, and it's awesome for Nissan.' Darren Cox – Global Head of Marketing, Sales and Brand, NISMO 'This is a truly historic result for Nissan. It is another great chapter in the history of NISMO and the legendary GT-R. I am proud of the teamwork from a global group of committed Nissan and NISMO racers in the car, garage and behind the scenes keeping the fans up to date. The news will reverberate from Australia to Japan and into Europe especially Belgium, Germany and the UK.' Richard Emery – Managing Director and CEO, Nissan Motor Co Australia 'It was a crazy day. It was an amazing outcome. The team worked hard to get the car right for today, and they've got the fruits of their hard work. This race is part of Nissan's global program, and it is important for Australia to be part of that. You've got unique and innovative programs with the way the drivers come through the GT Academy system, and GT-R has always been known for its innovation, and in a few months time, we'll be going to Le Mans with an innovative car. It's really great that our program is part of the global effort.'
Photo credit: Nissan
posted on conceptcarz.com 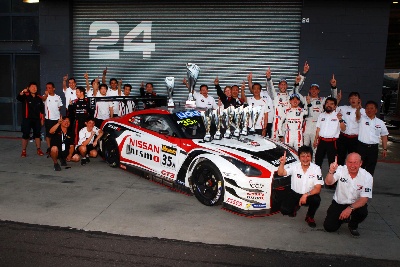 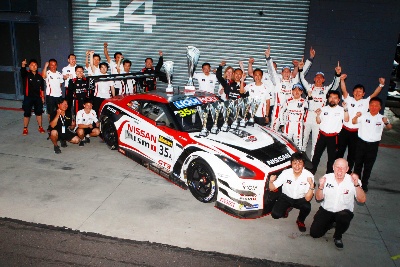 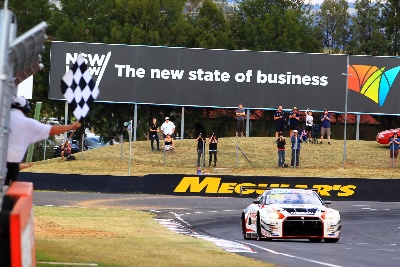 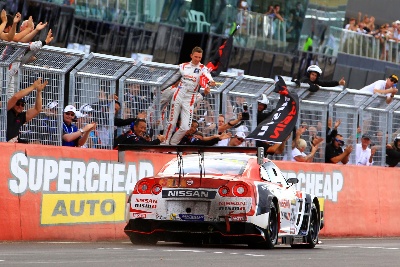 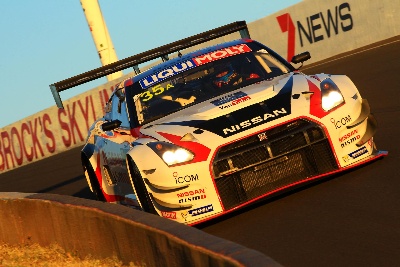 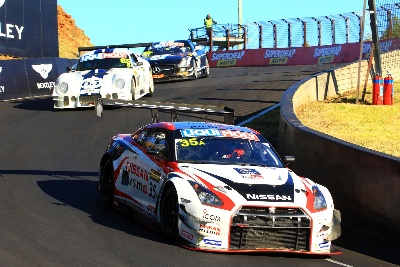 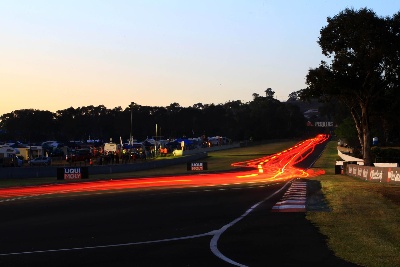 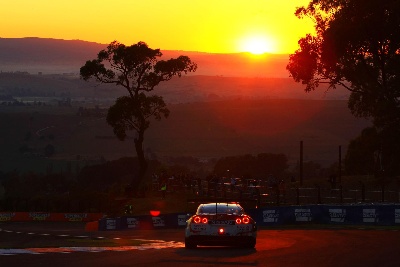