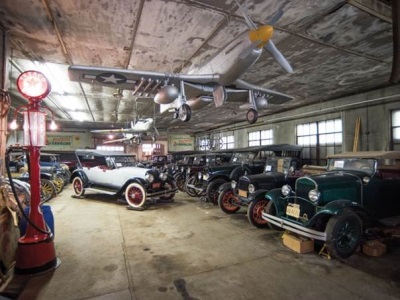 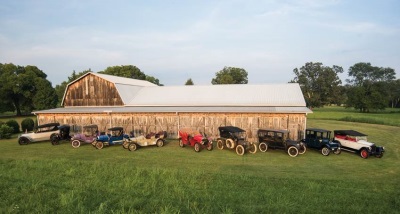 The October event follows RM's strongest Hershey performance to date in 2014, which totaled more than $14 million bolstered by the successful sale of two single-vendor collections, the Cars of John Moir and the Jeffrey Day Collection. The 2015 auction is set to build on this result, bringing two more fascinating private collections to the podium, including the long hidden-away Richard Roy Estate Collection, and a selection of vehicles from the esteemed Harold Coker Collection. 'It is quickly becoming tradition for RM to offer incredibly interesting private collections at Hershey, a venue that has proven time and again our team's expertise in presenting single-vendor groups within our catalogue sales,' says Gord Duff, Car Specialist, RM Sotheby's. 'Similar to the fascinating A-to-Z Collection at our 2014 event, both the Roy and Coker collections represent very special groups of highly-sought-after early automobiles, assembled by two men for whom the AACA represented a lifelong community.'
The Richard Roy Estate Collection
Richard Roy of Branchville, New Jersey was a longtime member of just about every car club, and an attendee at the AACA Hershey Meet for almost four decades. A successor to his father's farm equipment and feed company, he was a businessman for whom no search was too far or too ambitious if it meant locating the right car or piece of automobilia. Trending News
Photo credit: RM Sotheby's / Darin Schnabel
posted on conceptcarz.com
Loading...