Sant'Agata Bolognese, 20 May 2016 - As part of celebrations commemorating the 50th anniversary of the Miura, Automobili Lamborghini has sent two Miuras from its Museum down the route used in the film, 'The Italian Job', directed by Peter Collinson. In the opening sequence of the 1969 cult film, the cars traveled up the hairpin curves of state road 27 around Great St. Bernard mountain, in the heart of the Italian Alps. During the event, the 'fathers' of the Miura met in a warm reunion. Gathering together were engineers Gian Paolo Dallara and Paolo Stanzani, who were in charge of the technical side, and Marcello Gandini, who came up with the exterior design for Carrozzeria Bertone. Vehicles from Anas (the government-owned Italian company that builds and maintains roads) and the Polizia Stradale (Highway Patrol) escorted these Lamborghini super sports cars up to the Great St. Bernard Pass, which was opened on a one-time basis for this event, only.

Founded in 1963, Automobili Lamborghini is headquartered in Sant'Agata Bolognese, in Northern Italy. The Lamborghini Huracán LP 610-4, which made its world debut at the Geneva Motor Show in 2014, the Huracán Spyder and 2WD version of 2015 are the successors to the iconic Gallardo, and with their innovative technology and exceptional performance, they redefine the driving experience for luxury super sports cars. The Coupé and Roadster versions of the Aventador LP 700-4 and Aventador LP 750-4 Superveloce represent a new benchmark in the world of V12 luxury super sports cars. With 135 dealerships throughout the world, in half a century Automobili Lamborghini has created a continuous series of dream cars, including the 350 GT, Miura, Espada, Countach, Diablo, Murciélago, as well as limited editions including the Reventón, Sesto Elemento, Aventador J and the Centenario. The Veneno Coupé, Egoista and Veneno Roadster were produced to celebrate the company's 50th anniversary in 2013.
Photo credit: Lamborghini
posted on conceptcarz.com 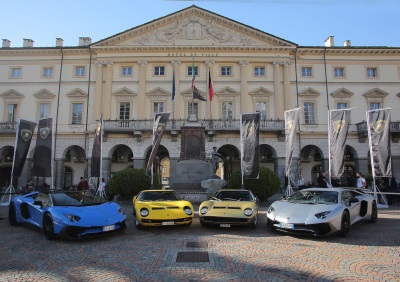 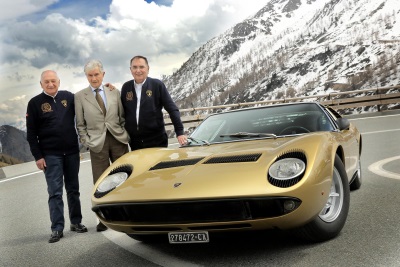