• Marmon Wasp the First Indy 500 Winner Opens the 2016 SEMA Show
• Celebrates the 100th Running of the Indy 500 Race and National Historic Vehicle Register Recognition
Las Vegas, NV (November 1, 2016) – The Marmon Wasp, one of America's most historic automobiles that was driven to victory in the first Indianapolis 500 race in 1911, makes its first visit to Las Vegas to appear at the 2016 SEMA Show. The car is part of a special public display at the Shell Pioneering Performance exhibition that features other significant race and performance cars. The Marmon Wasp is owned by the Indianapolis Motor Speedway Museum. The public display is part of a broad national program developed by the Historic Vehicle Association (HVA) to foster appreciation of America's automotive heritage. In May, the Marmon Wasp was honored as the eleventh vehicle on the HVA's National Historic Vehicle Register just prior to the start of the 100th running of the Indianapolis 500. The HVA manages the National Historic Vehicle Register in partnership with the U.S. Dept. of the Interior's Historic American Engineering Record archived in the Library of Congress. To date, the Marmon Wasp has been extensively documented, measured, 3D scanned and filmed in motion by the HVA under the same Secretary of the Interior's Standards used to record the Statute of Liberty and Space Shuttle Discovery. Once complete, the material will permanently reside in the Library of Congress, joining the archives of other iconic vehicles such as the Shelby Cobra Daytona Coupe prototype, the first White House Limousine and the Buick Y-Job. The program is a public/private partnership funded through the HVA to preserve and share America's automotive heritage.

'The yellow #32 Marmon Wasp is arguably one of the most important race cars in America,' said Mark Gessler, President of the Historic Vehicle Association. 'That first Indianapolis 500 mile race was designed to attract widespread attention from both American and European racing teams and manufacturers. It proved to be successful and immediately establishing itself both as the premier motorsports competition in the nation and one of the most prestigious in the world. Having the car on display at the SEMA Show provides the public with an opportunity to see the Marmon Wasp and appreciate the role it played in the development of motorsports in the United States.' 'We're proud of our relationship with the Historic Vehicle Association and the Indianapolis Motor Speedway Museum who helps recognize and celebrate pioneers in the automotive world,' said Don Moser, North American Marketing Manager at Shell Lubricants. 'Shell has been pioneering performance for more than 100 years. The Marmon Wasp on display at the Shell 'Pioneering Performance' space (#60005) at SEMA, pays tribute to the early pioneers of speed and endurance.'
The Marmon Wasp was raced at the 1911 Indianapolis 500 by Ray Harroun who along with Howard Marmon designed the car. The car was a study of innovation from nose to tail. Up front the Wasp used a four shock system to counteract the bumpy conditions of the dirt and gravel surfaces and unpredictability of the new brick surface at Indy. Harroun, the consummate engineer, determined that speeds over 80 mph were disastrous for tires so he kept his speed in check and only changed two tires during the race. The second place car by contrast changed tires fourteen times during the race. The engine was a special design as well adding two more cylinders to the four used in the Marmon 32 Model which was already quite successful in racing. The cockpit was designed only for the driver at a time when racing was typically a two man affair with driver and riding 'mechanician.' This shaved significant weight off the car with a narrower body and one less passenger aboard. To accommodate the steering position a gear system was devised to move the steering column to the center of the cockpit. The tail was also unusual in the style of an airplane tail and stabilizer which is not surprising as Harroun was flying the steel monoplane he designed just one month before the 1911 race. Perhaps the cleverest feature was the rear view mirror he installed before the race to address the fear that his driving solo would endanger other racers because he would be without a mechanician on look out. The installation of the rear view mirror centered above the cockpit was apparently inspired by use on a carriage he saw in Chicago years before. Years later Harroun said that the mirror was unfortunately useless during the race because it shook too much.
The story of the Marmon Wasp is the story of the greatest personal accomplishment of one of America's most gifted engineers, race drivers and entrepreneurs. Ray Harroun was born in 1879 in the small town of Spartanburg just south of Erie, Pennsylvania. By the time he was twenty-four, this dentist and chauffer turned race driver was part of a four -man driving team that set the record for the Chicago to New York trip in 1903 and 1904. In addition to the rear view mirror innovation, Harroun also invented the first automobile bumper. His inventiveness and business acumen likely provided the funding he needed to produce his first race car, an 8-cylinder car that averaged over 116 mph on a one-mile run at the Daytona-Ormond Beach events in 1907. He then was contracted by the Nordyke & Marmon Co. of Indianapolis to develop a fast stock car for racing. Over the next several years he became a national celebrity as one of America's winningest race drivers primarily in the Marmon Model 32. He retired after the 1910 season -- for which he was officially honored as National Champion many years later. In 1911, the new safer brick surface and chance to win the first Indianapolis 500-mile race along with the sizable purse were enough to persuade Harroun to return to the track one last time. The 'Little Professor' as he was known by the press 'dopesters,' drove into history on Tuesday, May 30, 1911 by winning the first Indianapolis 500. Trending News
Photo credit: The Historic Vehicle Association (HVA)
posted on conceptcarz.com 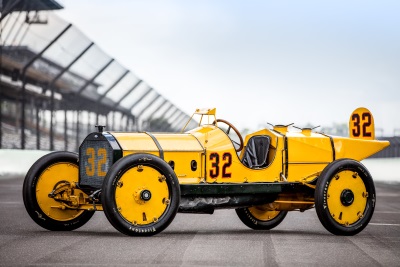 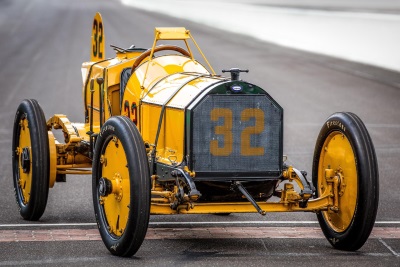 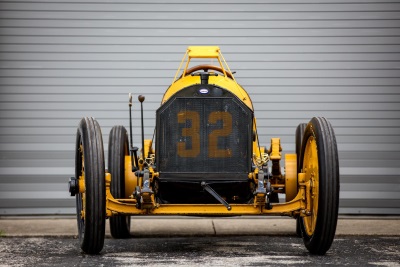 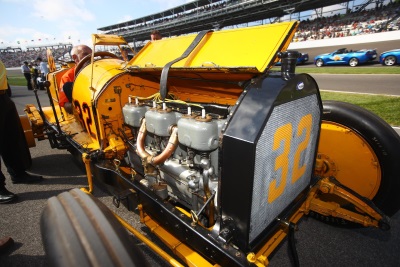 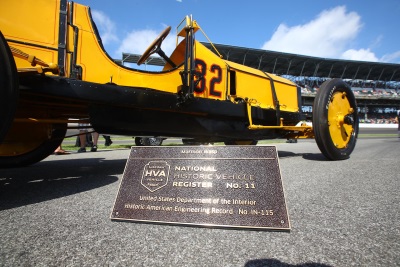 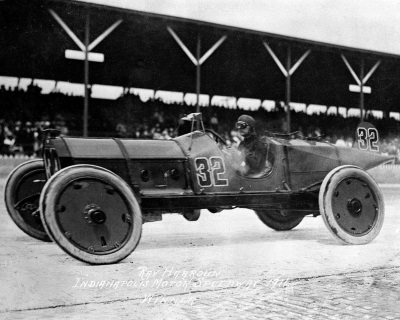 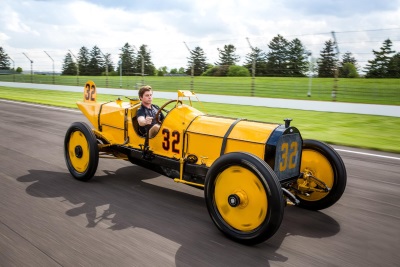 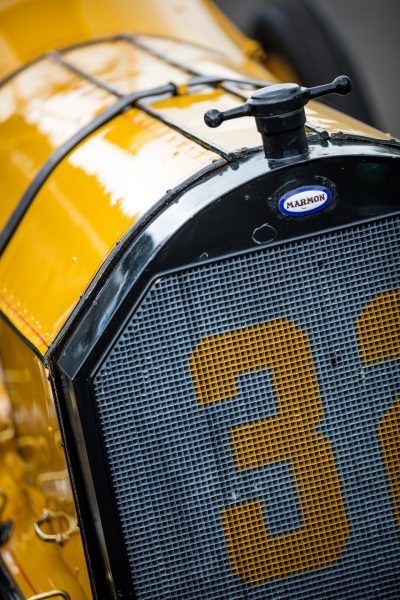 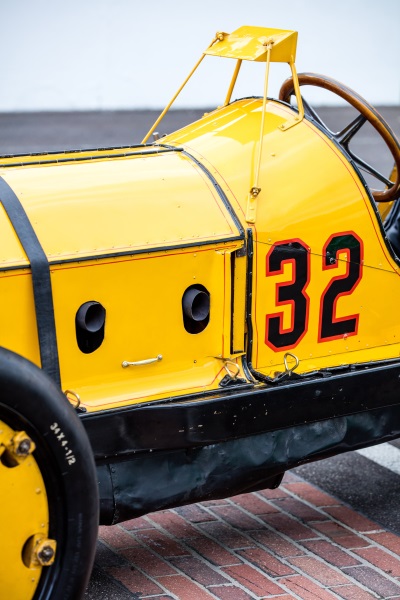 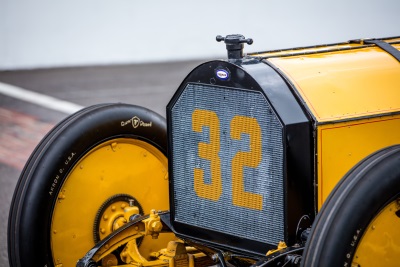 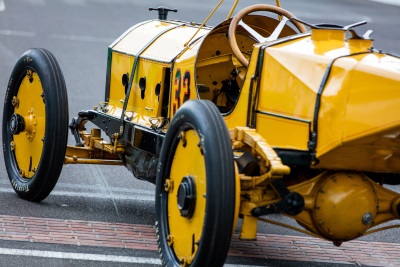