Auburn's fabled boattail speedster is the car everyone pictures when the classic Indiana marque is mentioned. Only in the Jazz Age lubricated by the social privations of the Eighteenth Amendment could such an exquisitely and outrageously shaped automobile be created. 'The boattail is easily the most famous Auburn,' said Bill Warner, founder and Chairman of the Amelia Island Concours d'Elegance. 'Yet there's much more to the Auburn legend than just the Speedster. We'll have a significant collection of rare Auburn classics on our 2018 show field.' Auburn's V-12 Speedster designed by styling legend Gordon Buehrig was the glamorous final gasp of a company that had existed from the days when William McKinley sat in the Oval Office. Auburn grew into the automobile business from the Eckhart Carriage Co, founded in Auburn, Indiana in 1874. As the 1920s rolled on Auburn, languished seldom building more than six cars a day. The company's owners approached a dynamic young car salesman from Chicago to right Auburn's corporate ship. The new man had even bigger plans. He wasn't just looking for a better job; he lusted to make spectacular cars and offered Auburn's owners what amounted to a leveraged buyout. Errett Lobban Cord walked into the Auburn plant in the summer of 1924 and everything changed. 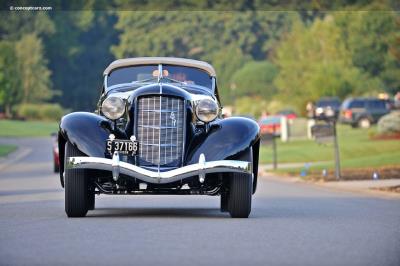 In the autumn of 1924 E.L Cord took Auburn into new territory with their first eight-cylinder engine, called the '8-In-Line' and 'The Greatest Eight'. All eight and 12-cylinder Auburns have since been considered 'Classics'. The 'boattail' led the way. Cord's refined instincts were on target as Auburn struck a showroom sweet spot. Sales ballooned from 2607 cars in 1924 to 20,000 by 1929. Auburn had come under the control of the Depression's greatest entrepreneur; Errett Lobban Cord's all-American work ethic was surpassed only by his refined sense of style. He was not interested in massive sales numbers considering Auburn, Cord and Duesenberg -- the cars of the new Cord Corporation -- boutique offerings. 'There will always be a market for the product that is distinctive . . . that appeals to the man who wants something that isn't exactly like the products owned by all this neighbors.' - said E.L. Cord, President, Auburn Automobiles. He was good to his word. Trending News
Photo credit: conceptcarz.com
posted on conceptcarz.com 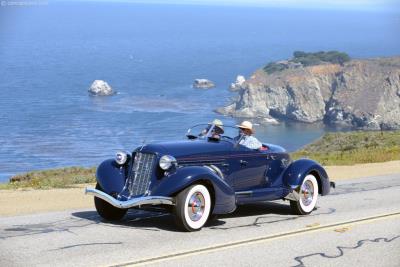 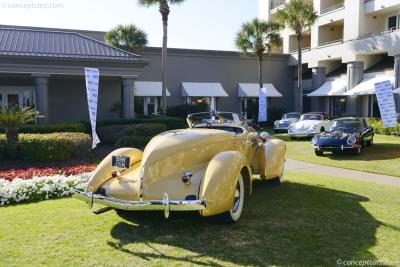 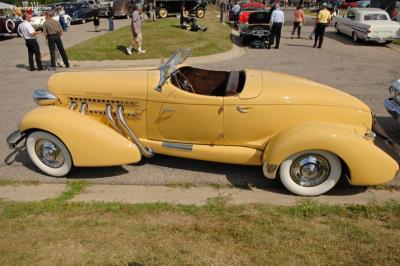 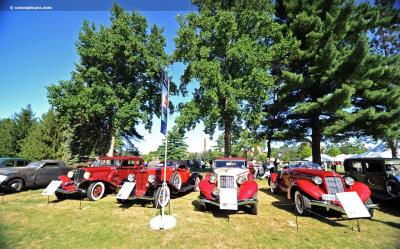