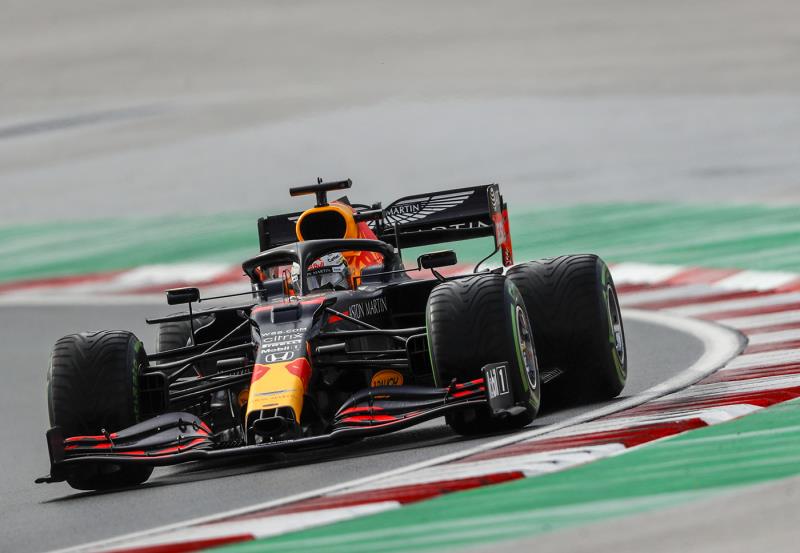 Honda Splashes To Pair Of Top-Seven Finishes In Turkey

November 16, 2020 by Honda
• Max Verstappen fourth front-row start of 2020 •Alex Albon posts best finish in last five starts Wet conditions and a tight race track made for a trying day at Istanbul Park Sunday, but the Honda-powered Formula 1 teams were able to make strong qualifying runs hold up for a pair of top-seven finishes in the Turkish Grand Prix. 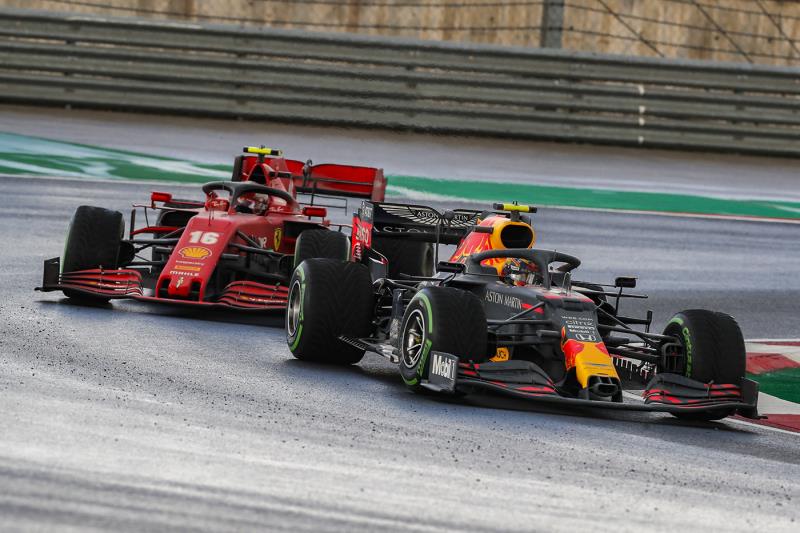 The Aston Martin Red Bull squad was poised for a strong afternoon as Max Verstappen gridded second while Alex Albon took the fourth starting spot – marking the team's best qualifying effort since the season-opening event in Australia. But pre-race rain put everyone on wet tires and made for a treacherous battle into the opening turns of the event. Verstappen and Albon both yielded spots coming off the starting line, but clawed back into the top five with strong moves as the track began to dry. Meanwhile the Scuderia AlphaTauri duo of Daniil Kvyat and Pierre Gasly sluiced through the field after starting 16th and 19th respectively, pushing their Hondas close to points-paying positions in the top 10 after the first six laps. 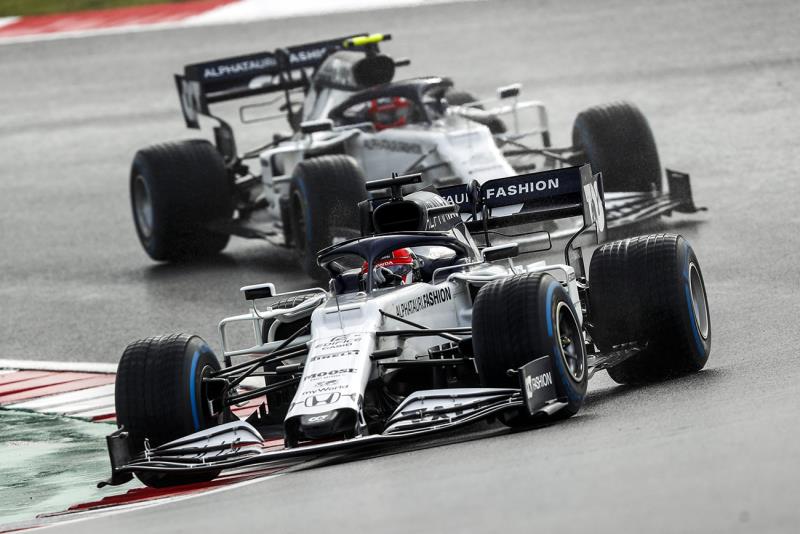 Teams started pitting for intermediate tires on Lap 8, but the Red Bull pair stayed out for three extra circuits and made up ground in clean air, allowing Verstappen to vault to third after he pitted on Lap 11. Meanwhile Albon made two strong passes, including a move on series champ Lewis Hamilton, to climb into fourth after his first stop. Verstappen's bid for the lead ended in spray and tire smoke soon after however as his attempt to pass Sergio Perez for second ended in a spin and a pit stop for new tires. Albon continued running well before his intermediate tires lost grip, resulting in a Lap 34 spin. Verstappen would have another spin in the latter half of the race, but was able to pass Albon with seven laps to run, giving him the sixth spot while Albon placed seventh. Kvyat parlayed solid driving and a one-stop strategy into a 12th-place result while Gasly came home in 13th, just two seconds behind his teammate.
The teams and drivers of the Formula 1 World Championship will have a week off before heading to Bahrain for the first of back-to-back races at the Bahrain International Circuit. The Nov. 28 race will take place on the traditional circuit while the following week's race will be run at night on the faster outer circuit, which will be used in F1 for the first time.
Toyoharu Tanabe Technical Director, Honda F1 'Today, it rained prior to the start and, with low temperatures, the surface never really dried until the end. This meant that tire management was the most critical factor. It was rather disappointing that the Aston Martin Red Bull Racing pair could only finish sixth and seventh as we had seen over the weekend that they had the pace to do better. The Scuderia AlphaTauri drivers, both had a difficult time, especially Pierre starting from the back and with overtaking proving tricky, they were unable to get into the points. Now we will just work hard and focus on the final three races of the season with the aim of ending the year with some good results. Finally, on behalf of Honda, our congratulations go to Lewis Hamilton. He took his seventh title in the best possible way, winning a difficult race from sixth on the grid – a great achievement.' Max Verstappen Aston Martin Red Bull Racing Honda Start 2nd, Finish: 6th 'Today was just a very difficult race to be honest. The start was not great and I dropped back to fourth with the lack of grip on the dirty side of the grid. I got back up to third and tried to follow Checo (Perez) through the kink but washed out, which put me onto the green on the exit curb and I had a big spin. I tried to keep it out of the wall but flat spotted my tires and needed to pit. With fresh tires of course you very quickly catch up with the guys in front but then you can't pass. There's just one line around here and already that line is very slippery and you just have to do the same line as the person ahead which is very frustrating. Also, the fact that the track wasn't really drying meant we couldn't switch to slicks so we had to stay on intermediates which just get destroyed pretty quickly. It was a complicated race with a mixture of just following the car ahead, having no grip and trying to survive! Daniil Kvyat Scuderia AlphaTauri Honda Start: 16th, Finish: 12th 'It wasn't a very eventful day. I just drove my race and finished P12, there wasn't much that we could have done better. I'm a bit frustrated because there are no points for us today, it's not pleasant to fight the car all race and finish with no reward. It was a very tricky race, luckily I made very little mistakes today aside from one spin, so it felt good as a driver to bring the car home in these conditions, it's good training for my concentration! Generally speaking, our pace in the wet this weekend wasn't good, and we struggled to get the car in the right window. Alex Albon Aston Martin Red Bull Racing Honda Start: 4th, Finish: 7th 'I have mixed feelings as everything was going to plan and it looked like we were on for the win but it was a strange race and finishing seventh is definitely confusing. We have been so competitive all weekend so today is a tough one to take. Both of us had poor starts but we picked our way through the field and when we pitted for inters, we had incredible grip and we were so quick. The pace was really strong but then we boxed for a second set of inters and we had no grip and no pace so there's a bit of head scratching. I'm happy with the progress we've made so I can't wait to get out there in Bahrain and get going again.' Pierre Gasly Scuderia AlphaTauri Honda Start: 19th, Finish: 13th 'The whole weekend was really bad for us. We had very poor performance on the wet tires yesterday, and with today being wet again, we knew we were going to struggle massively. It's a bit embarrassing because if it was all fine in the dry during practice on Friday, it means we were just too slow with the wets and intermediate tires. In addition, we took a penalty today. We need to understand what went wrong in order to do better, in case we find ourselves in the same conditions. We already have some answers but still, we should have done a better job and I'm disappointed. Now it's done and we should look at the next few races.'