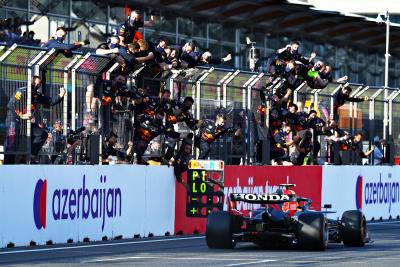 • Honda wins first back-to-back F1 races since 1992 •Season-best results for both AlphaTauri drivers •Max Verstappen holds lead in driver's championship On a sunny Azerbaijan Sunday that had more peaks and valleys than the world's most daunting rollercoaster, Sergio Perez was in the lead car when the ride stopped, scoring his first win of the season in the Red Bull Racing Honda. The Mexican driver fought off defending series champion Lewis Hamilton on a harrowing restart with two laps left, and then outlasted Sebastian Vettel to win the Azerbaijan Grand Prix, giving Honda back-to-back Formula 1 victories for the first time since Ayrton Senna (Monaco) and Gerhard Berger (Canada) in 1992. 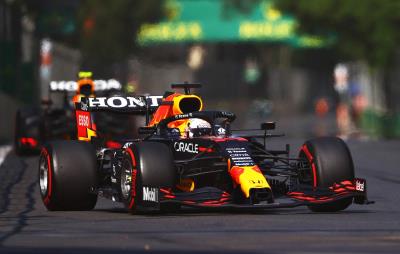 Perez was joined on the podium by fellow Honda pilot Pierre Gasly, who outdueled Charles Leclerc on a last lap where the two drivers swapped the third spot twice on the tight Baku street circuit. Gasly's third-place run was his best finish of the season as was a strong seventh-place run put up by AlphaTauri rookie Yuki Tsunoda. The first 45 laps were a tour de force for Honda as all four Honda-powered cars were entrenched in the top eight, led by Max Verstappen, who had the field covered after taking the lead after a quick Lap 13 pit stop. Undaunted when his six-second lead was erased on Lap 31 due to a Lance Stroll crash, he quickly put five seconds between himself, Perez and Hamilton while setting the fastest laps of the race. But as the engravers were affixing Verstappen's name to the trophy, the rollercoaster took a dive. A flat left-rear tire at one of the fastest sectors of the track pitched Verstappen into the wall with three laps to run, ending his day and setting the stage for a two-lap shootout. The race was red-flagged as marshals cleaned the track while Race Control allowed teams to change tires, due to the uncertainty around the tire issues that appeared in both of the day's previous accidents. The race resumed from a standing start, with Perez holding the advantage over Hamilton with Vettel and Gasly in the second row. Hamilton got a strong start and was challenging Perez heading into the first turn, but he was unable to slow in time for the corner and sailed off track, allowing Perez to run unchallenged to the win. Trending News
Photo credit: Honda
posted on conceptcarz.com 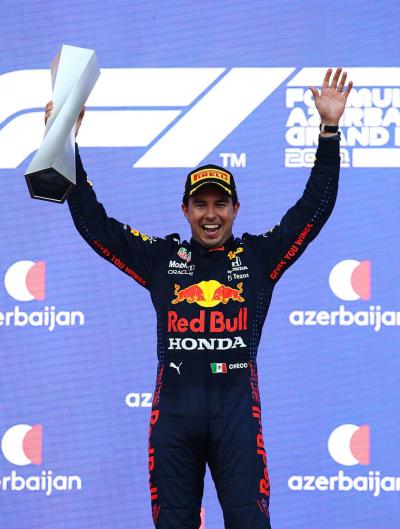