Peugeot at the 84th Geneva Motor Show : Two vehicles and two engines on show for the first time 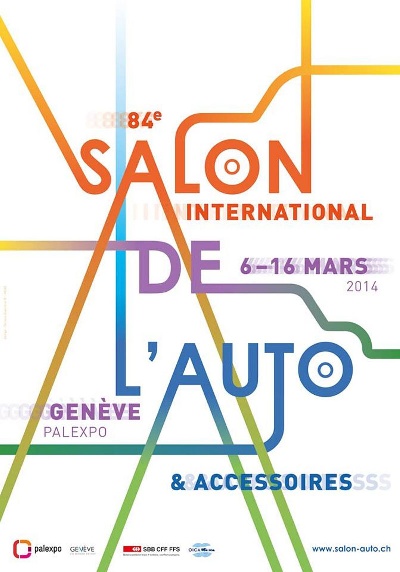 On its stand at the 84th Geneva Motor Show, PEUGEOT unveils the trump cards of a double offensive, product and technology driven. With the latest introductions to the youngest range in its history, the brand creates the event with the new PEUGEOT 108 and the new PEUGEOT 308 SW; the new PureTech 1.2 litre 3-cylinder petrol engine, the new BlueHDi Diesel engines (an exclusive Euro 6 Diesel emissions technology), the HYbrid4 Diesel hybrid range and the 2008 HYbrid Air concept confirm its technological and environmental credentials, for today and for tomorrow. With the RCZ R, 308 R Concept and the 208 T 16 Pikes Peak, PEUGEOT also makes it clear that motoring emotion will always be at the heart of the promise. Among the 28 vehicles and concept cars presented on PEUGEOT's 2,650 m2 stand at the 2014 Geneva Motor Show, the expected 700,000 visitors will be able to discover two models shown for the first time. New PEUGEOT 108: so expressive! During the summer of 2014, following a magnificent sales career – more than 800,000 units sold - the PEUGEOT 107 will give way to the PEUGEOT 108. After completely renewing its offer in the B and C segments, PEUGEOT presents its new city car at Geneva and blows a breath of fresh air into the dynamic A segment, which now accounts for nearly 10 % of the European market. Compact (3.47m long), light (from 840 kg), naturally suited to the city, the PEUGEOT 108 is available as a 3 or 5 door hatchback, or as a convertible, the 108 TOP! Its chic and classy design, with precise lines, technological headlamps and overhangs reduced to the minimum, accentuates its dynamism, demands personalisation: everyone can have their own 108. Customers can choose from eight body colours, two of which are exclusive to the model, three fabric roof colours on 108 TOP!, a couple of two-tone colour schemes on the 3-door hatchback, as well as seven personalisation et ambiance themes. The PEUGEOT 108 participates in the brand's move up-market : the richness of the exterior is continued inside with a comfortable cabin, affording easy access, equipped, according to trim level, with a large 7'' touch screen, a reversing camera, a starter button coupled with Keyless Entry and Starting, automatic air conditioning, heated electric mirrors, automatic lighting… Truly of its era, the urban PEUGEOT 108 is of course hyper-connected, as demonstrated by the offer of the new Mirror Screen technology.  Trending News
posted on conceptcarz.com
Loading...
Loading...
Loading...
Loading...
Loading...
Loading...