With its rugged good looks and incredible off-road capabilities, the HÚMMER H2 and H2 SÚT have brought a whole new level of capability and flexibility to the marketplace. For 2006, the H2 unveils a new special edition with a Pacific Blue exterior, body color fender molding, a unique rocker molding with an integrated assist step, 17-inch polished forged aluminum wheels, carbon fiber interior accents and a lower-profile roof-mounted lightbar. It also has a new rear-vision system with a rearview-mirror mounted camera that features a 2-by-2 inch screen that slides out when the vehicle is in reverse – a GM first. In addition, the special edition has a heated windshield wiper system with warm fluid that removes snow, ice and debris. Finally, the special edition offers a rear-seat DVD system with dual headrest-mounted viewing screens.The H2 production model offers new outside rear view mirrors for the 2006 model year. H2 at heart, HÚMMER in the soul

Daring and attention-getting is how the H2's exterior design is often described. The H2 and H2 SÚT are instantly recognizable as belonging to a highly exclusive brand at the top of its class in off-road performance. The look and feel conveys the sense of power, authority and complete control that buyers seek.
H2's square-shaped body and upright windshield and windows combine to create significant interior room. The vertical glass opens up a broader front and wider side view. In a nod to the functional aspect of design, exposed components, like hood lift handles, hood latches and fasteners, give H2's appearance an individually component-assembled quality. As they do on H1, exposed components and mechanical elements are truly functional and shout ruggedness. Luxury meets ruggedness in H2's interior

H2's rugged exterior gives way to a luxurious interior. It begins with standard Medium Wheat leather seats with eight-way power adjustment for the front seat cushions and backs. Also standard is a memory feature for the driver's seat that allows two drivers to select and set their preferred positions. The leather seats include heated seat backs and cushions with three temperature settings for the front occupants. Heated cushions serve to keep second-row occupants comfortable. For maximum flexibility, the second-row seats can be individually folded. For maximum comfort, they feature a high-back design. With the SÚV, a single-passenger seat is available for the third row, giving the SÚV six-passenger capacity. H2 SÚT

Like its brother, the H2 SÚV, the SÚT carries passengers and cargo with comfort and ease. With four passengers on board, the bulkhead at the rear of the SÚT's passenger compartment remains upright, still providing ample cargo-carrying capacity.
When cargo requires more space, a 4-foot by 6-foot (122-cm by 244-cm) pickup bed can be created by powering the rear window into the Midgate, then folding forward the Midgate and rear seat. Practicality aside, there's a side to the H2 SÚT that's just plain fun. At the push of a single button, the driver can lower all four side windows and the rear window. Úsing a separate switch, the standard sunroof can also be opened, giving SÚT a truly open-air feeling, like driving a convertible. Of course, the H2 SÚT is an H2 at heart, and the H2 is every bit the truck that first captured the market's fancy in 2002. It's also a HÚMMER first and foremost. That means it's capable of traveling through streams 20 inches (508 mm) deep, climbing 16-inch (406-mm) steps and rocks, paddling through deep sand and outdistancing competitors in high-speed desert runs.Source - GM Media 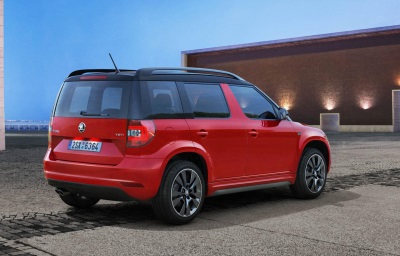