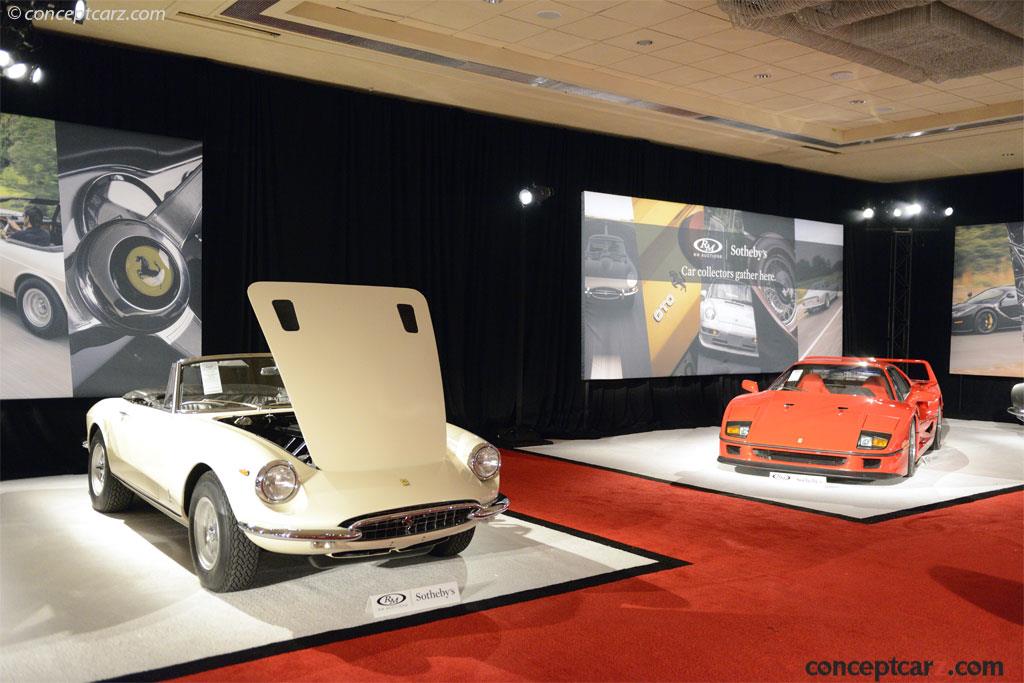 Ferrari has certainly perfected the art of creating elegant, high-performance, rare, and exotic vehicles with the capacity to carry two individuals plus their luggage. The cars, with their plethora of torque from their V-12 engines, were easily capab....[continue reading]

This 1969 Ferrari 365 GTS is one of only 20 examples produced, and is a matching numbers example. It is chassis number 12243 making it just the fifth of the 20 365 GTS examples ever produced. When it left the factory, it was painted in a rare combi....[continue reading]

The 19th of 20 cars built. It was originally delivered new to Auto Becker in Germany. This car went through a total restoration in Switzerland in 1992. The present caretaker purchased it seven years ago and has worked hard on making it the best 36....[continue reading]

The 365 GTS replaced the 330 GTS. It was produced only in the 1969 model year, and was considered technologically advanced at the time. Features included a 4.4-liter V12 engine that was first seen in the limited-production Ferrari 365 California. The....[continue reading]

The Ferrari 250 GT Lusso ceased production in 1964 leaving a void in the company's lineup that would not be addressed until the introduction of the 330 GTC and its open-bodied sibling, the GTS. By early 1966, production models included the 330 GT 2+2....[continue reading]