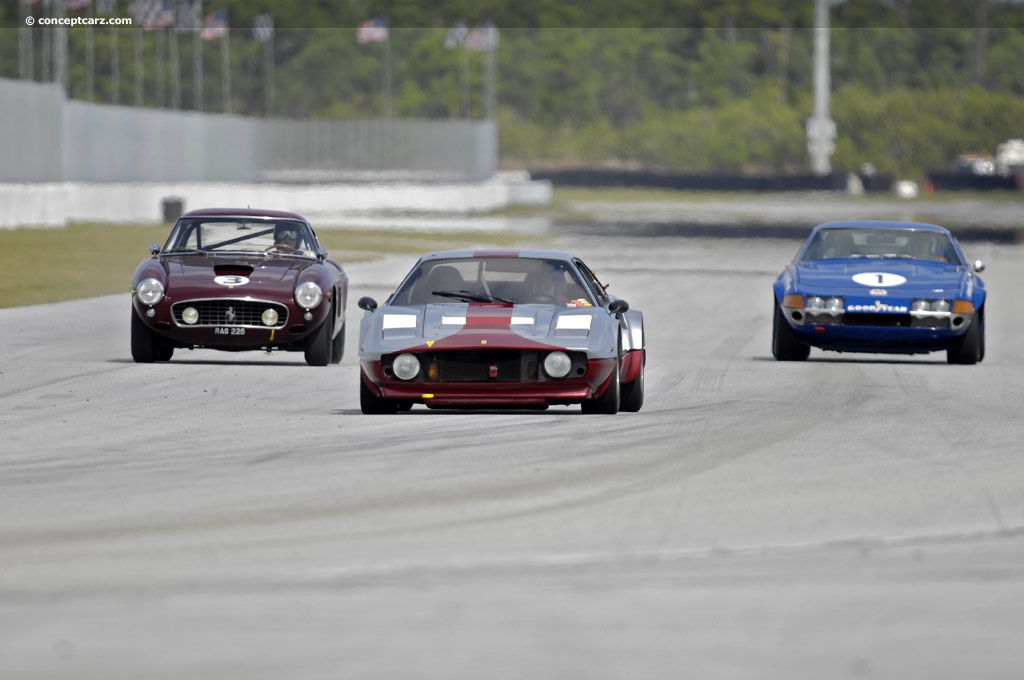 One of the most well-respected Ferraris to ever roll out of Maranello was the Dino 246, an irony when one considers the car's position in its parent brand's model lineup. An entry level vehicle with only half the cylinders of its famous big brothers, the Dino wasn't even branded as a Ferrari—it wore no prancing horse motifs and had a yellow 'Dino' badge on its nose in place of the familiar, upright rectangle. It was drop-dead gorgeous, though, and it drove with athletic grace. It inspired a new class of mid-engined Ferrari sports cars that often out-handled their more expensive (and more expansive) siblings. When the Ferrari 308 was launched in October of 1975 to replace the Dino 246, it had to meet exceptionally high expectations.

After seeing that even a V6 engine wasn't likely to tarnish the brand's sparkling reputation, Ferrari repealed the bottom-feeder 'Dino' nameplate for the V8-powered 308. With a proper badge on its nose and a triumphant horse dancing on its tail, the 308's rich bloodline was flaunted with pride. This was, of course, only appropriate for a car that looked, sounded, and went like Italy's finest.

The 308 experienced a long production run, and during that time the car was slowly strangled by evolving emissions regulations that stunted its performance. Additionally, weight was added to the car very early in its production when the fiberglass bodies were replaced by steel units. Luckily, though, Ferrari has never been a company to sit back and watch as one of their cars suffers growing pains. The home of the Prancing Horse countered the aging 308's shrinking muscles and growing gut with a midlife crisis to rival the most lavish hair transplants and tummy tucks in the form of the revised Quattrovalvole model.

In 1982, when it was clear that the 308 was growing tired, Ferrari revitalized the car with the introduction of the 308 Quattrovalvole. Translated into English, the Quattrovalvole name means 'four valves.' The new nomenclature referred to a redesigned head featuring four valves per cylinder, a first for Ferrari. The updated mill still displaced 2,962cc, and was mounted transversely behind the cockpit. The compression ratio was increased from 8.8:1 to 9.2:1 (though U.S. versions made due with an 8.6:1 ratio).

The use of Bosh K-Jetronic fuel injection was continued. When first adopted by the 308 in late 1980, the fuel injected engines produced less power than their carbureted predecessors. The power of the old carbureted models was restored with the Quattrovalvole, though. The revised engines produced 240bhp at 7,000 rpm (230bhp at 6,800rpm for U.S. versions), and enabled 0-60 times of 6.1 seconds and top speeds of 155mph.

Two body styles were offered to Quattrovalvole customers, the 308 GTBi and the 308 GTSi. The former was a coupe, while the latter came with a removable roof panel. The 308 design was penned by Pininfarina, and the Quattrovalvole models had several styling features unique to them. New side mirrors and horizontal vents across the width of the 'hood' (front lid) were included, along with a subtly reworked front grille and bumper treatment incorporating driving lights. Beginning in 1984, body panels for the Quattrovalvoles were coated to prevent corrosion.

Ferrari produced the 308 Quattrovalvole until 1985, when the 308 model range was succeeded by the 328. The 308 models in general make exceptional 'starter' Ferraris for enthusiasts who seek to experience the thrills of exotic car ownership for the price of a new Camry. Though Quattrovalvole values are on the upper end of the 308 cost spectrum, they offer an unbeatable pedigree-to-price ratio.

Oldham, Scott. 'Long-Term Test: 1984 Ferrari 308 GTSi Quattrovalvole.' Inside Line (2007): n. pag. Web. 6 Jan 2010. http://www.insideline.com/ferrari/308/1984/long-term-test-1984-ferrari-308-gtsi-quattrovalvole.html.By Evan AcuñaThe 308 was Ferrari's first two-seat V8 road car. Made available to the public in 1975, it was the long awaited successor to the incomparable Dino 246 GT. The 308 series was a new beginning for the company as the premier builder of exotic sports cars for road use. As such, the 308 was designed to epitomize the sports car in its era. It did so admirably, and remains perhaps the most influential enthusiast car in history. The 308 is the car against which every subsequent sports car has been measured, upon which every Ferrari V8 sports and racing car has been based, and the car that brought Ferrari from the pinnacle of elite car-culture recognition into the minds of the general public. 25 years later, the shape and sound of the 308 is still 'Ferrari' in the minds of many people.

The transmission in the 308 was a five speed with reverse all synchromesh unit. Mounted transversely like the engine, the transmission received power through an unassisted single plate clutch. The gears sent power to the rear wheels through a limited slip differential and solid driveshafts with constant velocity joints.Source - Ferrari
The Pininfarina designed Ferrari 308 was debut in 1975 and was immediately a success. The vehicle's performance, handling, and styling were phenomenal.

For the initial 18 months of the 308 GTB's production, fiberglass was predominately used for the bodies but later switched to all-metal. The fiberglass bodies were around 125 kg lighter.

In the early 1980s, Ferrari introduced 4 valve heads for the 3 liter V8's. This 308's now became known as 308 GTB/GTS Quattrovalvole. The engine now produced 240 BHP, and with the extra weight that was imposed due to using all-metal rather than fiberglass, the performance and handling were back to where it was when it began production.

Patrick Hahn and Colt Morris, students at Grafton High School in Grafton, Wisconsin, finished in 1st place at the 2014 National Automotive Technology Competitionat the New York International Automobile Show. The students are sponsored by the Automobile... 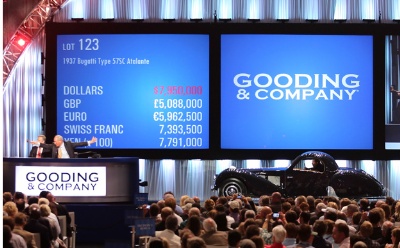 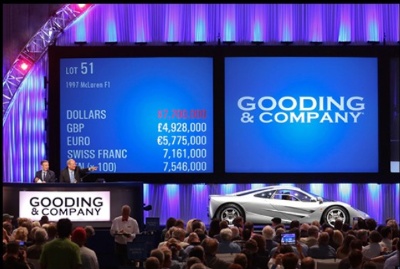 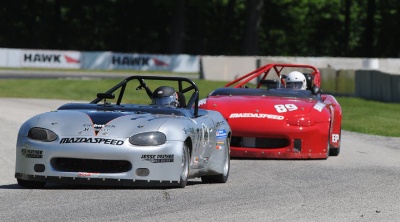 ELKHART LAKE, Wis., June 16, 2013 - The Eight races, including repeat performances from Saturdays four groups, highlighted Sundays SCCA WeatherTech Chicago Region June Sprints at Road America. All 12 of the weekends races were a part of the...
© 1998-2022. All rights reserved. The material may not be published, broadcast, rewritten, or redistributed.