The Stoddard-Dayton Company produced automobiles from 1905 through 1913. The Dayton Ohio based company was formed by John W. and Charles G. Stoddard. John had made his fortune in the agricultural business but by 1904 he decided to move into the ever evolving automobile manufacturing business. Charles was sent to Europe to learn their techniques, designs, and production methods. He returned to America convinced that the gasoline combustion engine was the choice of the future and that the steam and electric vehicles were on the verge of becoming obsolete. The early Stoddard-Dayton cars were outfitted with Rutenber engines. The Rutenber Motor Company was based in Chicago, Illinois and produced four-cylinder engines that had been designed by Edwin Rutenber. His first engine was a single-cylinder version introduced around 1892. A four-cylinder version was created by 1898. In 1902 the Rutenber Company was relocated to Logansport. The Auburn Company also outfitted their cars with Rutenber engines until 1923.
By 1907 the Stoddard-Dayton vehicles were being powered by modern six-cylinder engines. This amplified the companies' position of creating quality cars with powerful engines. The entry level vehicles were given 15 to 18 coast of paint while the limousine models featured nearly 30 coast of paint. Each coat of paint was meticulously hand sanded. After the painting process and the car were complete, the cars were driven 150 to 400 miles to verify quality. After this the engines were disassembled and they were re-cleaned and inspected. Then it was re-assembled and another road-test ensued.
The cars were not only top-quality machines; they were also very potent on the race track. The company proudly advertised their many successful sprint races, hill climbs, dir track races, and other sporting accomplishments. In 1909 a Stoddard-Dayton won the first race held at the Indianapolis Motor Speedway after averaging 57.31 mph. In 1911 the first pace car ever for the Indianapolis 500 was a Stoddard-Dayton.To offer a wider assortment of vehicles, the Courier Car Company was formed in 1909 by Stoddard-Dayton. Their lines of vehicles were smaller and lower-priced versions of their Stoddard-Dayton siblings. During the early 1910's the Stoddard-Dayton merged with the United States Motor Company. In 1908 the International Motor Company was formed and later renamed to the United States Motor Company in 1910. The company's existence was due to Benjamin Briscoe. The company represented multiple manufacturers, a total of 11 in 1910 including Maxwell, Courier Car Company, Columbia, Stoddard-Dayton, Alden Sampson Trucks, Gray Marine, Brush Motor Car Company and others. Their goal was to help provide and find financial support for small and struggling independent automotive manufacturing companies. By 1912 the United States Motor Company had entered into receivership and by 1913 they were bankrupt. This was also the demise of the Stoddard-Dayton manufacturing company. The Stoddard-Dayton had failed to compete with the low priced, high quality, mass-produced manufacturers such as Ford and General Motors. The Maxwell Company purchased the assets of the bankrupt Stoddard-Dayton Company and continued to offer the Stoddard-Dayton models 30, 38 and 48 in 1913. Maxwell was later reorganized and became part of the Chrysler Corporation.
By Daniel Vaughan | May 2019
Considered to be the most advanced vehicle in the world from the flywheel foreword, the 1911 Stoddard-Dayton was a powerful 50HP car. The Stoddard-Dayton is part of the ‘brass cars' of the early days of motoring as well being considered the first true pace car.

Stoddard – Dayton was a high quality car manufacturer in Dayton Ohio from 1904-1913.
The vehicle was result of a multi-year restoration by Temple Baldwin, considered to be one of America's most talented restorers.

The Stoddard-Dayton had a Dual cam, hemispherical head engine and an overhead valve. The early cars also had 4605cc engines. In 1907 six-cylinder engines began to appear and two years later Stoddard-Dayton formed the Courier Car Co. in Dayton in a effort to produce a lower-priced vehicle, the Courier.

Winning the first race in the Indianapolis Motor Speedway, the Stoddard-Dayton was a legend. This vehicle was also the first ever pace car.

Used extensively as a tour car, the 1911 Stoddard-Dayton was also driven to the AACA National Meet where it received the First Place award.

From there it was driven to the Newport Beach Concourse were it received Second Place.
It went on to receive third place at Pebble beach later that same year.

Much of the history and recognition that surrounds the 1911 Stoddard can be attributed to the publicity stunt performed for the benefit of a large crowd as a marketing campaign.

Well known for ‘product demonstrations' that were sensational and shocking, a Stoddard model was actually pushed off the top of an office building by Carl Fisher. As a result of the deflated tires, the car didn't bounce very high and landed with its shiny side up.

Fisher, the local Indianapolis dealer for Stoddard-Dayton, nonchalantly drove the car away to the delight of the cheering crowd. (Fisher's brother Rolly was responsible for cranking the engine over.) The tires came off the car, and Fisher was left driving on bare rims, but the excited crowd didn't seem to care.By Jessica Donaldson 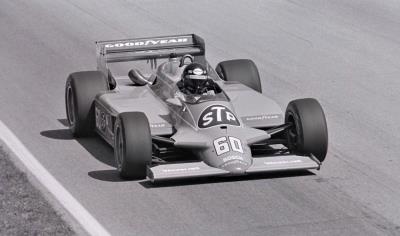 Hagerty announced today that racer and racing legend Chip Ganassi will serve as Honoree of The 27th Annual Amelia on March 3-6, 2022. Tickets for the 2022 event are available online now through the recently launched AmeliaConcours.com website. Ganassi... 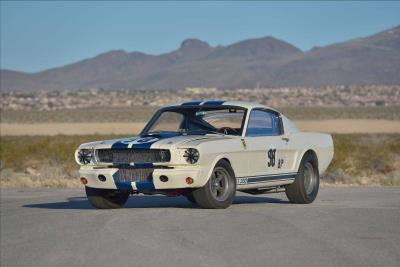 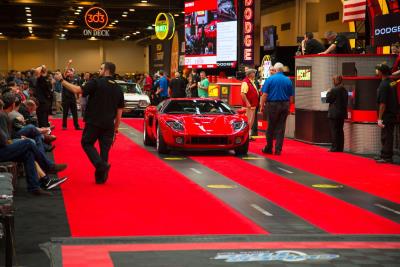 Original 1966 TV Batmobile Sells for %244.62 Million at The Worlds Greatest Collector Car Auctions™ and New World Records are Set January 19, 2013 LOT #5037 The Original Batmobile is the highest selling car at the companys annual Scottsdale...
© 1998-2022. All rights reserved. The material may not be published, broadcast, rewritten, or redistributed.