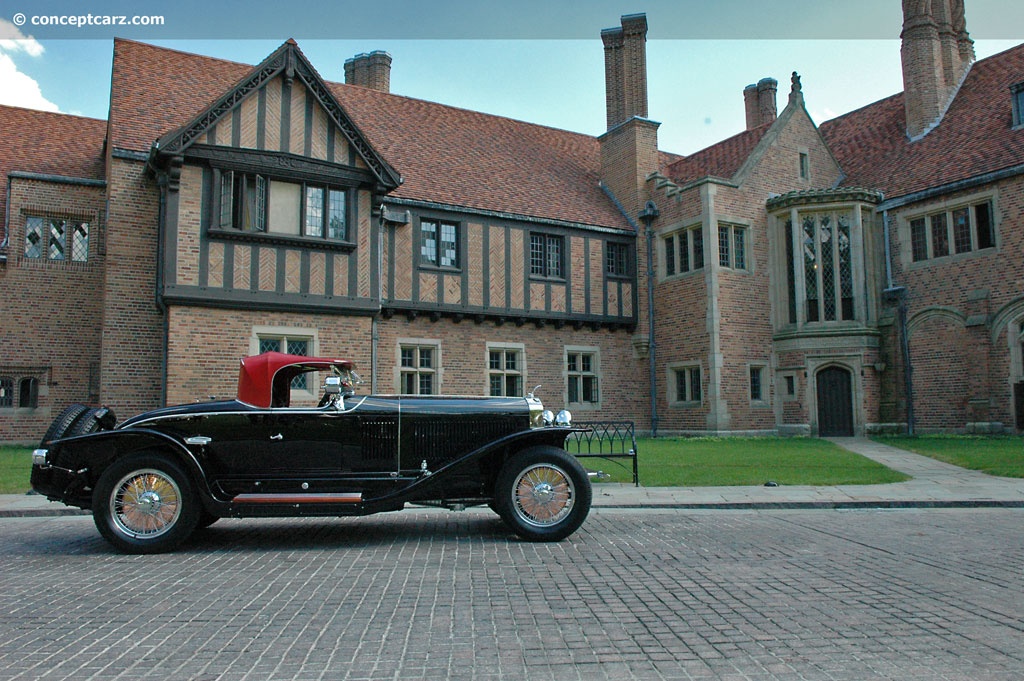 Isotta Fraschini is best remembered for the development of the Tipo 8 Series automobile that debuted in 1912, featuring an inline eight-cylinder engine - the first of its type put into series production anywhere in the world. The successor was the Ti....[continue reading]

Cesare Isotta and Oreste Fraschini founded their company in 1900. A year later, at the Milan Exposition, the company displayed their first primitive 5 horsepower, single-cylinder car. With the company's involvement in motor sport, the progress was ra....[continue reading]

This Isotta Fraschini is believed to have been built for a Greek Minister of Finance. The aristocratic Coupe Chauffeur coachwork is by Jacques Saoutchik and includes several Saoutchik trademarks, such as the forward-sweeping strip down the side of th....[continue reading]

The Isotta Fraschini 7.3-liter Tipo 8A, launched in 1924, was built to three different specifications - the standard Tipo 8A on a 145-inch wheelbase and two powerful 150 horsepower models, the Spinto S and Super Spinto SS, each on a 134-inch chassis.....[continue reading]

Total 1927 Isotta Fraschini Tipo 8A production: 0
© 1998-2020. All rights reserved. The material may not be published, broadcast, rewritten, or redistributed.