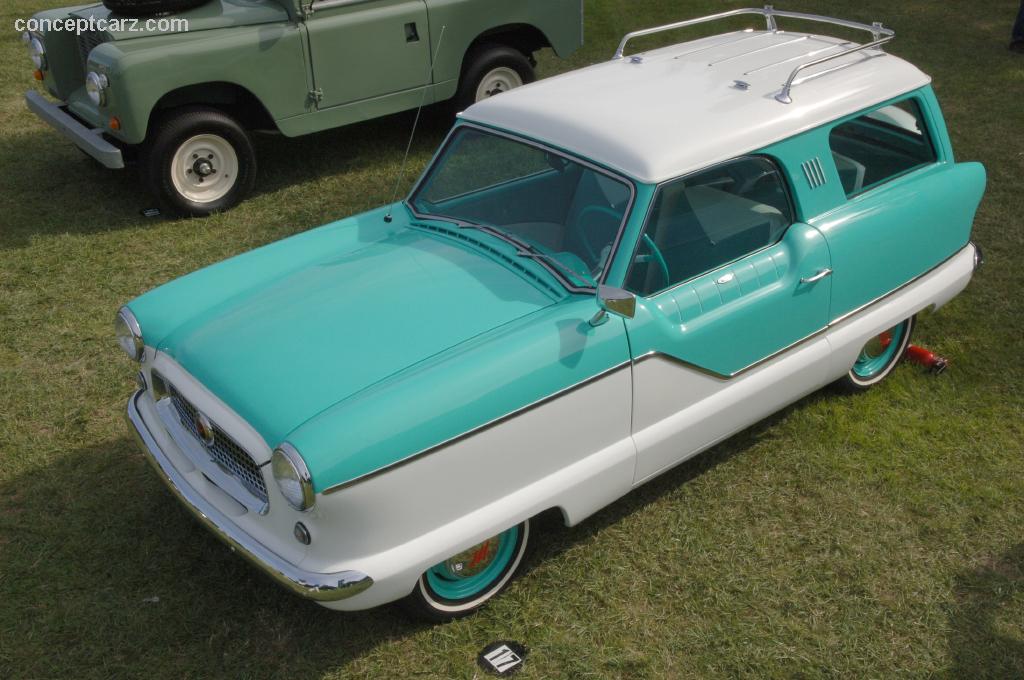 The Nash Metropolitan was produced from 1954 through 1962. In 1954 the Nash-Kelvinator Corporation merged with Hudson Motor Car Company to form the American Motors Corporation (AMC). It was the largest corporate merger in the United States history up to that point.

When most other automobile manufacturers of the time were creating large automobiles, the Nash Motor Company set out to produce a small, economical, fuel-efficient vehicle. A concept car was created to gauge public reaction. This concept was the NXI, known as the Nash Experimental International, builit by William J. Flajole. After a number of positive reviews and interest in the vehicle, the decision was made to produce the vehicle. Additional research revealed that it would be more cost-effective to produce the vehicle overseas using existing mechanical components rather than to invest in tooling costs in the United States. After searching and negotiation, the production was handed over to Austin of England. In October of 1953 production began at Austin's Longbridge factory. Bodywork was handled by Fisher & Ludlow. Final assembly was by the Austin Motor Company.

The Nash Metropolitan was available in two body-styles, a hardtop or convertible. They rested on an 85-inch wheelbase and weighed just 1800 lbs. Power was from the Austin four-cylinder A-series engine which sent the power through a three-speed manual gearbox to the rear wheels. A change was made to the B-series engine after 10,000 examples had been produced.

Production continued until 1961 though there were still enough product to continue sales until March of 1962. In total, 95,000 examples of the Metropolitan had been sold to US Customers. About 9,400 examples were sold to United Kingdom customers.
By Daniel Vaughan | Dec 2006

Built by Austin in Great Britain, this was the first car to be manufactured abroad, badged and sold by American Motors as the Metropolitan. ....[continue reading]