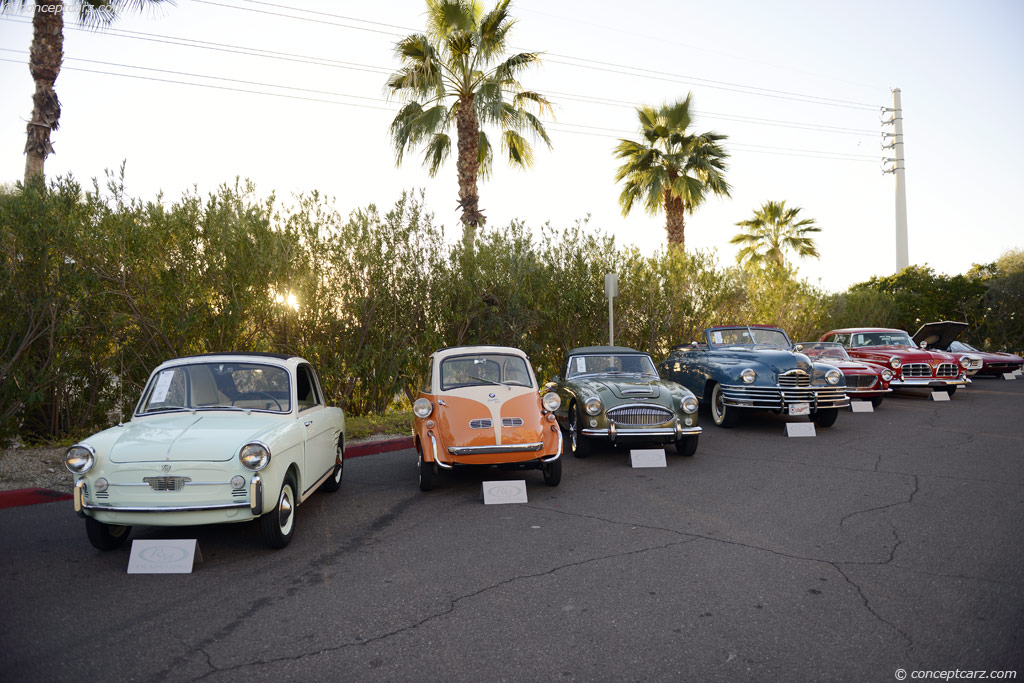 Edoardo Bianchi was a bicycle manufacturer who created the company Bianchi, in 1885. Beginning in 1899, he began experimenting with the automobile. The company's history is also remembered for their motorcycle production, of which many were used successfully in sporting competition.

Prior to World War II, the company produced a variety of models that appealed to a wide range of consumers. By the close of the 1930s, production had shifted towards concentrating on motorcycles and commercial vehicles. The companies factories were destroyed during WWII, and Edoardo Bianchi passed away in 1946 due to a car accident. Ownership of the company went to his son, Giuseppe.

After the war, a new factory was constructed in Desio and production resumed for bicycles, motorcycles, and commercial vehicles. Bianchi later approached Fiat and Pirelli with a proposal to form a new company that would focus on automobile production. An agreement was reached in early 1955 and the Autobianchi Company was formed. A new factory was built to handle the production.

Fiat provided the technical components and knowledge, Pirelli provided the tires, and Bianchi created the bodies and assembled the vehicles. The first product produced under this new venture was the Bianchina which was based on the Fiat 500. It was powered by an air-cooled, two-cylinder engine mounted in the rear of the car. The body was designed by Luigi Rapi. The car was positioned to sell above the Fiat 500 and offered luxury features not found on the 500. The first body style to roll of the assembly line was the 'Trasformabile' and would remain as the only body-style available until 1960 when the Cabriolet was introduced. A three-door estate dubbed the Panoramica and a two-door saloon called the Berlina was introduced later.

In 1960, the newly introduced Fiat 500D became standard equipment on the microcar. An Autobianchi Bianchina Cabriolet played a starring roll in the original 'Pink Panther' movie, starring Peter Sellers.
By Daniel Vaughan | May 2008

In 1885, 20-year-old Eduardo Bianchi set up a bicycle-making business in Milan, and before long was making motorized three-wheelers and then, before the turn of the century, four-wheelers. In the 1920s, Bianchi was third behind only Fiat and Lancia ....[continue reading]

After spending many years of service, this Autobianchi was put into storage where it would remain for nearly 4 decades. The car was re-discovered when the building where the car was stored, was sold. This 'transformabile' model has a fully retractabl....[continue reading]

In 1885, 20-year-old Eduardo Bianchi set up a bicycle-making business in Milan, and before long was making motorized three-wheelers and before 1900, four-wheelers. In the 1920s, Bianchi was third, behind only Fiat and Lancia, in Italian car productio....[continue reading]

Edvardo Bianchi was third behind Fiat and Lancia in Italian car production during the 1920s. In 1955, after forming an alliance with Fiat and Pirelli, the company changed its name to Autobianchi. Their first vehicle produced under this name was Bianc....[continue reading]

This 1959 Autobianchi Bianchina Transformabile, Series 2, is an Italian micro car that was produced from 1959 to 1961. During that time, just 10,000 of these semi-convertible 'transformable' models were made. This example has been treated to a comple....[continue reading]

This Bianchina was given a full comprehensive concours quality restoration. It was taken down to the bare tub and media blasted with oxide in preparation for paint. It was finished in mint green with cream accents. ....[continue reading]

This red and white exterior is 13,000-plus miles on its odometer. It is powered by a 479cc overhead valve inline 2-cylinder air-cooled engine fitted with a Weber Single-choke carburetor. There are four-wheel hydraulic drum brakes and a four-speed man....[continue reading]