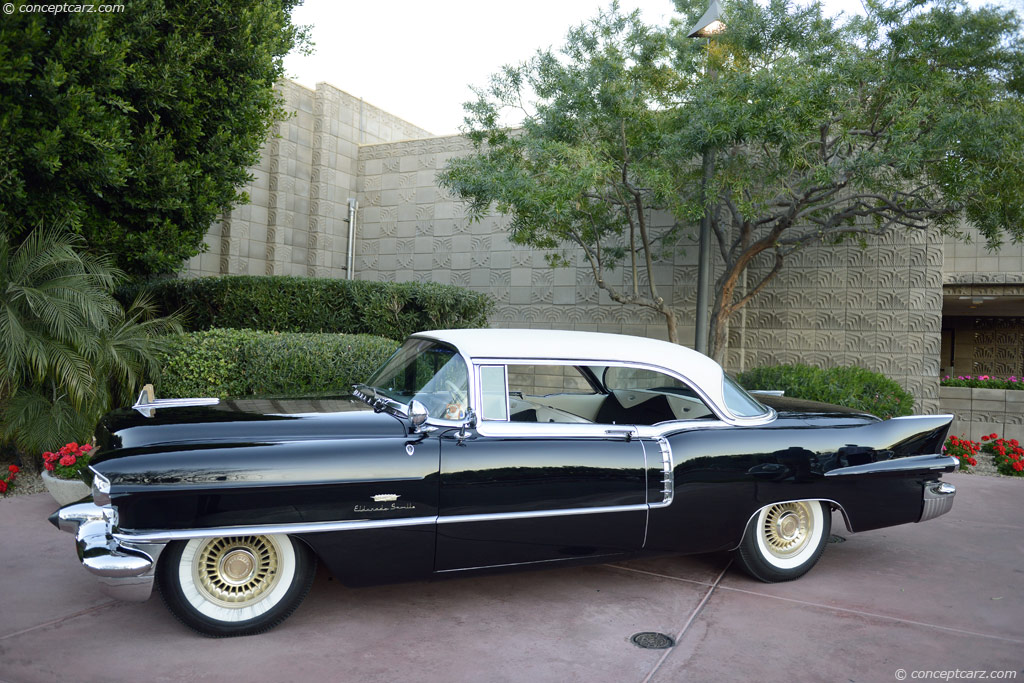 Sold for $66,000 at 2011 Automobiles of Arizona by RM Auctions.
Sold for $49,500 at 2014 RM Auctions - Automobiles of Arizona.
The 1950s was an exciting time for the automotive industry and saw drastic changes in a short period of time. Many American automakers went big, and Cadillac was no exception. Their cars were large, luxurious, and stylish. They had quad headlamps - four across - appearing first on the El Camino and La Espada show cars of 1954 and then on the prototype Eldorado Brougham a year later. The production Brougham arrived in 1957 and was the first Cadillac (and one of the first United States production cars) to house quad headlamps, which (at the time) were not legal in all 50 states.At some point between the 1954 show cars and the 1957 Brougham, Cadillac tested the production quad headlamp design on a few, stock 1956 Eldorados. At least three cars were built with the quad headlights and it is likely that the change was made at the factory. This example is the only known 1956 Eldorado Seville hardtop with quad headlamps, plus it carries the window trim scheme of the 1956 Castilian show car and prototype 1957 Dagmar bumpers. The car is finished in black over white, with a matching leather interior. It is equipped with power steering, brakes, windows, door locks, and seats, as well as gold saber wheels. The 365 cubic-inch engine is original, with dual four-barrel carburetors, and a Hydra-Matic transmission.
By Daniel Vaughan | Jan 2014

NEXT-GENERATION CORVETTE TO DEBUT IN DETROIT IN JANUARY 2013

New Crossed Flags logo illustrates the character of the all-new, C7 Corvette, which features only two parts from the C6 Chevrolet confirmed that the seventh-generation Corvette will debut the evening of Sunday, Jan. 13, 2013 in Detroit. To kick o... 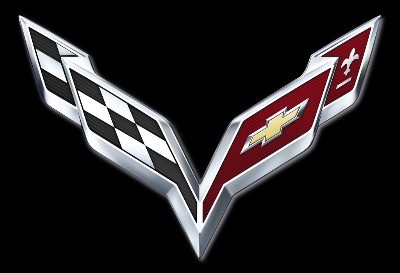 NEXT-GENERATION CORVETTE TO DEBUT 1.13.13 IN DETROIT 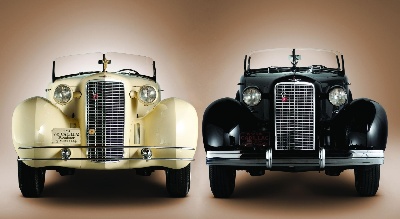 140,777 total vehicles produced by Cadillac in 1956
Total 1956 Cadillac Eldorado Seville Prototype production: 0
© 1998-2021. All rights reserved. The material may not be published, broadcast, rewritten, or redistributed.