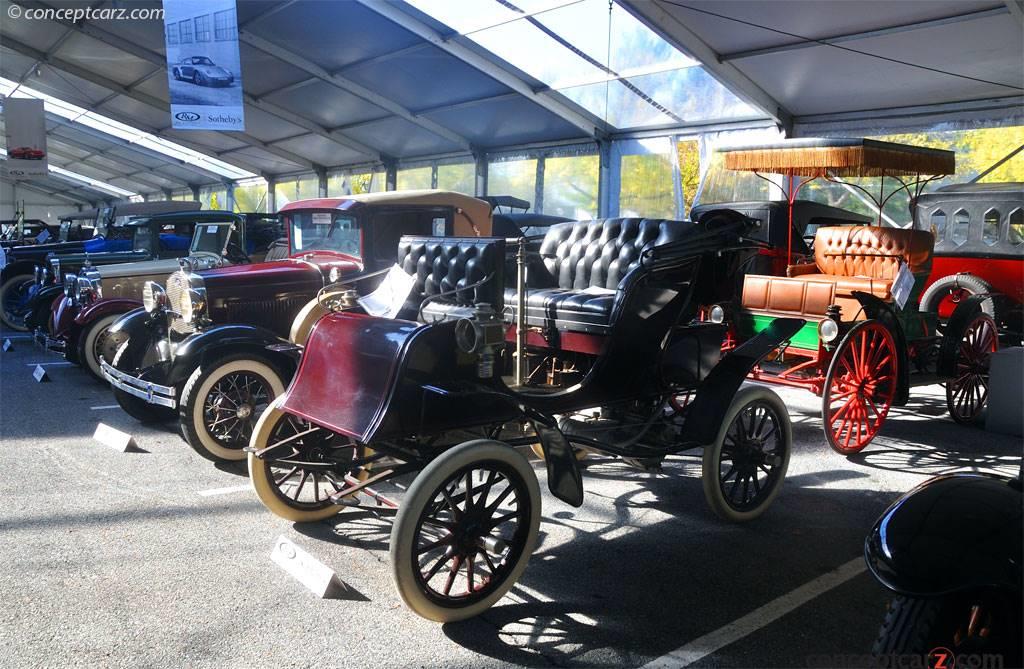 Heinz, Pierce and Munschauer was established in 1865 and built household items including gilded birdcages and ice boxes. George Norman Pierce bought out the other two principals of the company in 1872, and changed the name to the George N. Pierce Copmany. Bicycles were added to the catalog in 1896 and later they tried their hand at building steam-powered cars under license from Overman. By 1901, they had built their first single-cylinder, two-speed Motorette. The idea had been campaigned by treasurer Charles Clifton, who had watched developments in Europe and suggested the De Dion engine to power Pierce's first gasoline car. British-born engineer David Fergusson, was instrumental in construction this first automobile.

A two-cylinder car, called the Arrow, was built in 1903. The 'Motorette' name was replaced by the Runabout. By this point in history, the company offered a five-horsepower engine, a 6½-horsepower Stanhope and a two-cylinder, five-passenger touring car.

Based in Buffalo, New York, the Pierce-Arrow Motor Car Company would build automobiles from 1901 to 1938. During their existence, they built a reputation for their expensive, elegant, and well-engineered automobiles. They also produced commercial trucks, camp trailers, motorcycles, and fire trucks.
by Daniel Vaughan | Jan 2020
Vehicle Profiles

George N. Pierce began his involvement with motor cars in 1901 with a model similar to the one shown. This example has a Stanhope body which was a model that held the driver and two passengers with one of the passengers accommodated in a fold-down s....[continue reading]

This Pierce 6½ HP Runabout has been owned by Wade Accomazzo of Tolleson, Arizona, and George H. Sanders of Gilbert, Arizona. The Merrick Museum acquired it in 1999. It has been restored in deep maroon with red accent striping. There is black diamond-....[continue reading]

One owner, unrestored, supercharged S Type Mercedes to be sold by Bonhams at Goodwood Revival this autumn One of the greatest and most important motor car finds of the last decade, the Lost Mercedes is to be offered at Bonhams Goodwood Revival...
© 1998-2020. All rights reserved. The material may not be published, broadcast, rewritten, or redistributed.