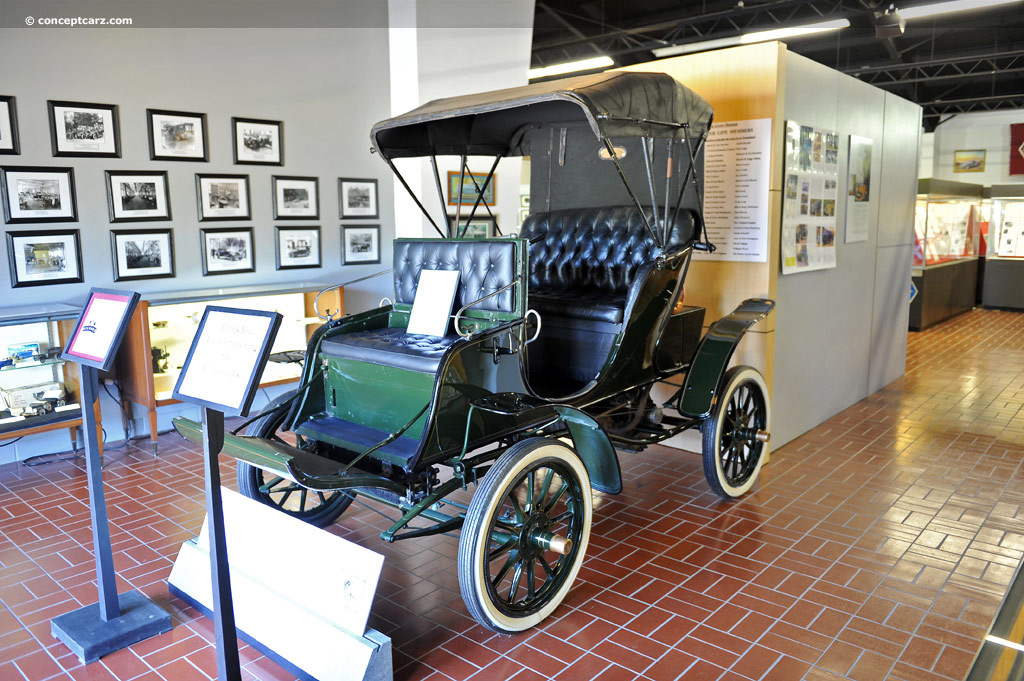 By 1900, the Pierce Cycle Company, a bicycle manufacturer, began experimenting with automobiles. Pierce introduced the Motorette, a small car with a single-cylinder de Dion gasoline engine in late 1901, and embarked on demonstrating them to its Pierce bicycle agents throughout the country. By 1903, the company was offering three models of automobiles: the Runabout, the Stanhope and a five-passenger touring car.

The company's best seller in 1903 was the simple, yet reliable Stanhope. Pierce sold 149 units in 1903 and featured an engine nearly twice as large as the original Motorette.

The Stanhope was powered by a 6.5-horsepower single-cylinder motor and rested on a 70-inch platform. The original price was $1,150.
by Daniel Vaughan | Dec 2011
Vehicle Profiles

Like many other manufacturers of the time, the George N. Pierce Company built bicycles during their early years before ascending to the ranking as one of the most prestigious automobiles of its time. They also built birdcages, iceboxes, and even bath....[continue reading]

Heintz, Pierce, and Munschauer was founded in Buffalo, New York, in 1865. In addition to bird cages, the company produced ice boxes and other household items. In 1872, Pierce bought controlling interest in the firm and reorganized it as the George N.....[continue reading]