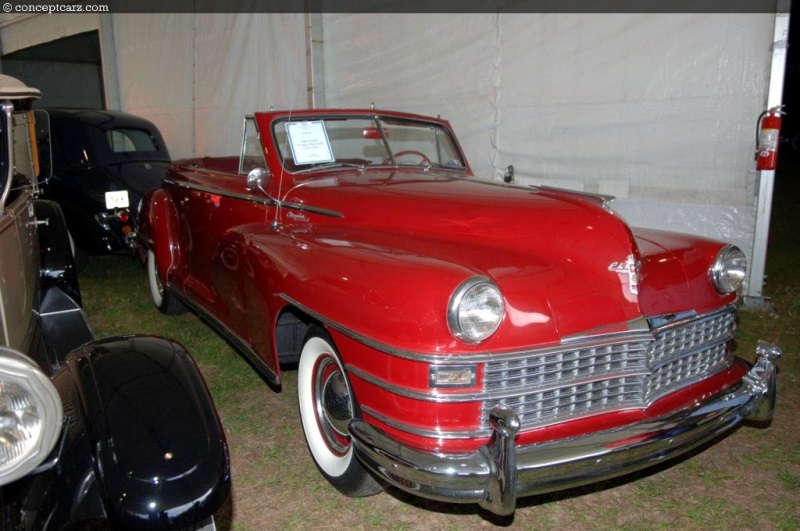 Convertible
Chassis #: 70667885
This 1948 Chrysler Windsor Highlander Convertible was offered for sale at the 2007 Sports and Classic Car Auction presented by The Worldwide Group, in Hilton Head Island, SC where it was estimated to sell for $35,000 - $45,000. It is mostly original and well preserved since new. It is finished in Burgundy Cognac with only one re-paint since new. It is believed that Lucille Ball was once the owner of this car. The interior is a correctly restored plaid highlander interior. There are many options on this car including its original flathead six-cylinder engine, fluid drive manual gearbox, factory AM radio, defroster, and factory heater.The Chrysler Corporation nameplate began on June 6th of 1925, when the Maxwell Motor Company was re-organized in to the Chrysler Corporation by Walter P. Chrysler. Walter had been involved with the ailing Maxwell/Chalmers Company since the very early 1920s. He had been tasked with overhauling the company's troubled operation as it tried to weather the post-War recession.
When the Chrysler cars were introduced in 1924, they were powered by a well-received six-cylinder engine. They were affordable, durable, and well-engineered. Production of the Chalmers automobiles ended in 1923 and Maxwells concluded in 1925. The low-priced four-cylinder Chryslers introduced for 1926 were basically just re-badged Maxwell's.
The Chrysler Corporation weathered the Great Depression with the help of designers Raymond H. Dietrich and the newly formed Art and Color Department. Production ceased during World War II, but when it resumed, it was at nearly double the pace. The post-war cars were basically pre-war cars with a mild face-lift. The convertible coupe was a highly sought after Windsor model, as it provided plenty of seating for its occupants and the enjoyment of open air traveling. The Windsor line was an more affordable version of its larger siblings, the New York and the Town & Country. The 250 cubic-inch engine provided an ample amount of power and kept the car cruising at highway speeds.At auction, this car failed to find an interested buyer willing to satisfy the vehicles reserve. The car was left unsold.
By Daniel Vaughan | Nov 2007
Known for developing high quality vehicles, the Chrysler Corporation was established by Walter Percy Chrysler on June 6, 1925. Existing as an independent company from 1925 until 1998, it was then purchased by Daimler-Benz. Labeled as the Chrysler group, the full-size Chrysler Windsor was introduced in the 1940's. Larger than a mid-size and sitting on a wheelbase of more than 2.79 meters, the full-size Windsor was sold from the 1940's through the 1960's.Releasing a fairly new design for the time, the 1940 Chrysler Windsor was a convertible type that was very attractive to consumers. The option of an adjustable top was a very pleasant feature to buyers. The convertible type was fairly new at the time and extremely popular.
Equipped with the newly developed Fluid Drive transmission system that allowed the driver to shift without using the clutch, the Windsor was a rear wheel drive car that had an S6 configuration. The 1940's Windsor was capable of producing 108 bhp at 3600 rpm.
A new batch of Windsor models were released by the Chrysler Corporation in 1953. Continuing in rear wheel drive form, the engine was situated in the front. This time around a V8 engine powered the Chrysler Windsor. Capable of a very secure ride, the new Windsor featured a 230 bhp and torque of 310 ft-lbs. A 3-speed automatic transmission was now offered. Able to seat up to five passengers, the new Windsor was both roomy and comfortable.
The final Chrysler Windsor known to Americans was introduced in 1961 for only two years, 1965 and 1966. In Canada, the Chrysler Corporation released a Windsor model basically equivalent to the Newport in the U.S. for those years. Until the 1961 model year, the Windsor was the Chrysler price leader until the Chrysler Newport took the spot. The Windsor name was replaced in 1962 by the non-lettered series Chrysler 300.Today the Chrysler Windsor is considered to be a vintage car though at one time it truly did make its mark in the automobile world.By Jessica Donaldson
Formerly a U.S. based automobile manufacturer, the Chrysler Corporation and all of its subsidiaries are now part of the American and German based DaimlerChrysler AG after being acquired by Daimler-Benz in 1998.All previous production records were shattered during the Second World War when Chrysler Canada plants produced 180,816 military trucks and other vital war material. In 1945 the peacetime vehicle production resumed and expansion continued at the Chrysler plants. In 1949 the company moved into a new administration building on Chrysler Centre. In 1955 the Chrysler Company produced its first V8 passenger car engine, while further expansions were undertaken through the mid-1950s.
Built from 1940 until 1967, the Chrysler Windsor was a full-sized vehicle produced by the Chrysler Corporation of Highland Park, Michigan. In 1949 the Chrysler Windsor was priced at $3,206.The last Chrysler Windsor was produced in 1961 for two years only, 1965 and 1966. In Canada the Chrysler Corporation produced a Windsor model equivalent to the Newport in the U.S. for those years. Chrysler's price leader until the 1961 model year, the Newport replaced the Windsor as the marques price leader. The non-lettered series Chrysler 300 replaced the Windsor name in 1962.
A significant step away from the boxy, woody model, the 1941-1942 Chrysler Windsor Town & Country was the new modern station wagon. Featuring a streamlined steel roof and tailgate doors that opened like a clam-shell via outboard hinges, the new Chrysler was somewhat sedan-like in appearance. The performance of the Windsor was leisurely with Chrysler's L-head six and semi-automatic Fluid Drive.
The Chrysler Windsor Highlander was introduced in 1940 and shared the same distinctive trim package as the larger New Yorker Highlander – Scottish plaid cloth and leatherette upholstery. The six-cylinder vehicle had an eye-catching interior and was a smooth ride.By Jessica Donaldson 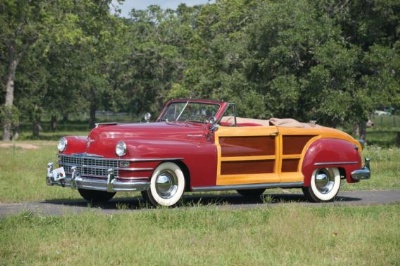 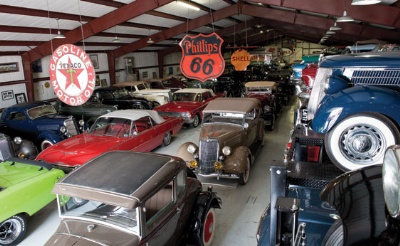 RM Auctions further expands its 2012 calendar with the addition of The Charlie Thomas Collection, a single-day, single-vendor sale to be held in Dallas, Texas, October 20, 2012 Auction features...