Ferrari has brought two models - the 430 Scuderia and the 599 GTB Fiorano - to the 2008 North American International Auto Show in Detroit. Also on the stand this year, however, is a biofuel-powered technological demonstration prototype which uses the F430 Spider as a base.

Ferrari, which last year celebrated its 60th anniversary, had a very positive 2007, continuing the upward trend of the last few years. Ferrari delivered over 6,400 cars to their owners in 2007, an increase of around 14% on 2006. There was a particularly significant leap in sales on new markets such as Asia Pacific and the Middle East where growth was impressive at 50% and 32% respectively. A total of 177 cars were delivered in China too. Our operating result also reached 15% of turnover.

Ferrari has chosen Detroit as the venue for the presentation at a biofuel-powered F430 Spider in recognition of growing interest in North America in alternative sources of energy. The development of an engine powered by the biofuel E85 comes as part of a research and development program announced during the Technological Innovation Conference held at Maranello last June as part of our 60th Anniversary Celebrations. On that particular occasion, Ferrari also unveiled projects focused on improving the energy of the whole car which would in turn lower fuel consumption and emissions levels. The ultimate aim being, of course, to cut the latter by 40% by 2012.

The Ferrari F430 Spider Biofuel uses an 85% ethanol mix and was developed with using experience gleaned in competition. In fact, Formula 1's technical regulations demand that petrol (gasoline) with 5.75% biomass-derived content must be used, while the FIA GT and American Le Mans Series (ALMS), both of which were dominated by the F430 GT2 in 2007, use fuels with 10% ethanol. Furthermore, E10 biofuels will be employed in the next A1GP Championship which Ferrari will be supplying with V8 engines.

Once again, in fact, the track has proved an excellent testing ground for innovative solutions which, if successful, can then be passed on to production cars. Such is the efficiency of the transfer of track technology to road cars at Maranello that all of the Prancing Horse's cars can already use up to 10% ethanol without any modification whatsoever.

By developing this technological demonstration prototype however, Ferrari has proved category that it can offer the technological solutions demanded by the market demands without impinging on the distinctly sporty, high performance character and supreme driving pleasure of the unique cars it builds at Maranello.

In the case of the F430 Spider Biofuel, certain modifications were made to the fuel feed system and most importantly to the engine CPÚ to allow the engine use E85. Developing the CPÚ, two fuels (Flex Fuel) can be used by the engine with the same compression ratio. All of the other technical characteristics have remained unchanged with respect to a standard production engine, however. The use of this type of biofuel and the modifications made have resulted in a significant increase in maximum power output (+ 10 hp at the same rpm) and torque (+ 4%) yet overall weight was unchanged. The advantages to the environment translate too into a 5% drop in CO2 emissions.

Also on the stand at Detroit is the 430 Scuderia, Ferrari's new exceptionally sporty berlinetta which, in this case, boasts a Avio Met livery with Grey Alcantara interiors. It is flanked by the 599 GTB Fiorano with a Rosso Corsa livery and Charcoal interiors which brilliantly underscore the sporty heart of this the most high performance production V12 berlinetta ever built at Maranello. Both cars also feature Brembo carbon-ceramic material (CCM) brakes which are now offered as standard on the entire Prancing Horse range. Braking systems with carbon-ceramic material disks offer a host of benefits and have become a must-have piece of technology for the kind of very high performance cars built by the Prancing Horse.

Vital Stats
Engine : 4.3 L., 8-cylinder
Power: 493 hp
Torque: 357 ft-lbs
6-speed Semi-Automatic
FXX Program extended The innovative FXX Program based on the eponymous prototype launched by Ferrari in June 2005 has been extended to 2008/2009. The FXX was the showcase for the most advanced technologies ever developed at Maranello and has been updated with an Evolution package that further improves its handling and performance. The package itself was developed as a result of Ferrari's collaboration with the FXX owners, the Client Test Drivers, plus some invaluable input from none other than Michael Schumacher. The updated FXXs all boast a new livery and modified rear wing profiles. The FXX Evolution package includes participation in a series of track events which Ferrari is organizing on several international class circuits around the world in 2008/2009. There will be six events each year (two in North America, two in Europe and two in Asia) in addition to appearances at the now-traditional Ferrari World Finals which mark the close of each competitive season. The North American track events scheduled for this year take place at Mont Tremblant (Canada) and Laguna Seca (California), on the weekends of July 20th and August 10th respectively.

The Carrozzeria Scaglietti Personalization Program The Carrozzeria Scaglietti Personalization Program covers four different areas: Racing and Track, Exteriors and Colours, Interiors and Materials, Equipment and Travel. Ferrari has been offering its clients the option of using this personalization program since 1997 to allow them to enhance their cars on the basis of their own personal tastes and requirements. The aim being, of course, to ensure that each car is absolutely unique. New content developed specifically with client needs in mind is constantly being added to the Program and out-of-catalogue requests are also catered for so long as they reflect the spirit that inspired Sergio Scaglietti in the earliest years of his collaboration with Ferrari.

Ferrari Classiche Founded in 2005 to provide the owners of veteran and classic Ferraris with a suitably professional restoration and maintenance service, technical assistance and authenticity certification, Ferrari Classiche has received around 800 certification requests and has issued around 550 certificates thus far. Certification is a meticulous process involving examination of the car and comparisons with the original designs held in the Ferrari historic archive.

Ferrari Store The Ferrari Store opening program continues across the globe. In 2007, in fact, we opened Stores in Beijing, Los Angeles, Shenyang, Barcelona, Al Kobar, Abu Dhabi and Macao. 2008 will boost our presence on the North American market in the first half of the year with openings in Honolulu, San Francisco and Miami. A new Ferrari Store also opened in Singapore on January 9th while another opens soon in Moscow.

Ferrari North America enjoys an exclusive relationship with its clients and enthusiasts, which has been further enhanced by the introduction of a vast range of services and events over the last few years. These include the Ferrari Challenge, which celebrates its 16th edition this year and offers F430 Challenge owners no less than seven different opportunities to race their cars in the course of the year. In 2008 The Ferrari Challenge races will be held in Florida, Georgia, Northern California (both at the Infeneon and Laguna Seca tracks), Quebec and New Jersey.

Since 2006 Ferrari North America has also been organizing the Ferrari North America Driving School, which is based at the Mont Tremblant circuit in Quebec. Course participants are given the opportunity to learn various driving control techniques to ensure they fully enjoy their car at the peak of its performance in an environment in which safety remains the absolute priority at all times.

Ferrari Financial Services was also introduced to the Únited States in July 2007. The company was created to acquaint Ferrari clients to a new world of services, including but not limited to financing options, which utilize a wide range of personalized flexible programs.Source - Ferrari S.p.A. 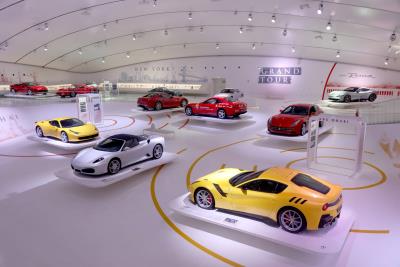 The 'Ferrari Grand Tour, A Journey Through Passion And Beauty' Exhibition At The MEF In Modena

Maranello, 20 February 2020 - An annual appointment, that of Enzo Ferraris birthday on 18 February, becomes yet again the occasion for a new exhibition at the Enzo Ferrari Museum in Modena. Ferrari... 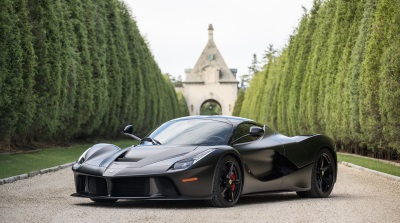 Walworth, Wis. – July 14, 2016 – An unbelievable opportunity to acquire an incredibly rare Ferrari supercar now presents itself at the Mecum Daytime Auction in Monterey. This 2014 LaFerrari will... 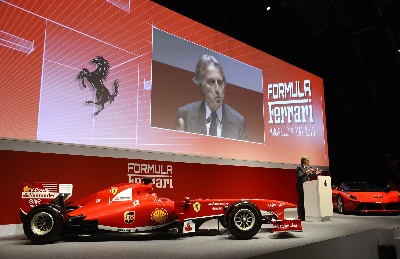 Maranello, 8th May - Luca di Montezemolo addressed more than 250 members of the media today at the Maranello factory to explain key areas of the business to the media, as well as announcing impressive...
© 1998-2020. All rights reserved. The material may not be published, broadcast, rewritten, or redistributed.