This one-of-a-kind concept car today belongs to the Alfa Romeo Museum in Arese (Milan), which is also known as the 'Time Machine'. The car was built on the chassis of the Alfasud and presented to a stunned crowd at the Turin Motor Show in 1971.

Established by Giorgetto Giugiaro and Aldo Mantovani, Italdesign had recently designed the Alfasud, which interpreted the hatchback concept in novel manner: the car featured a low front end and a compact front boxer engine (unique in its segment). It had superior room inside, a generous boot and - as naturally expected from an Alfa Romeo - its handling and roadholding were best-in-class. The Alfasud Sprint - the coupé version of the range - was presented precisely 40 years ago in 1976. In that case, Italdesign designed a light, streamline car that enhanced the dynamic qualities of the Alfasud even more.

The appointment to design the Caimano came with the brief to create a car which had no chance of actual production. Perfectly in tune with the unshakeable trust in progress of the day, Giugiaro designed a 'wedge on wheels' which relegated to a secondary role everything that came before it. 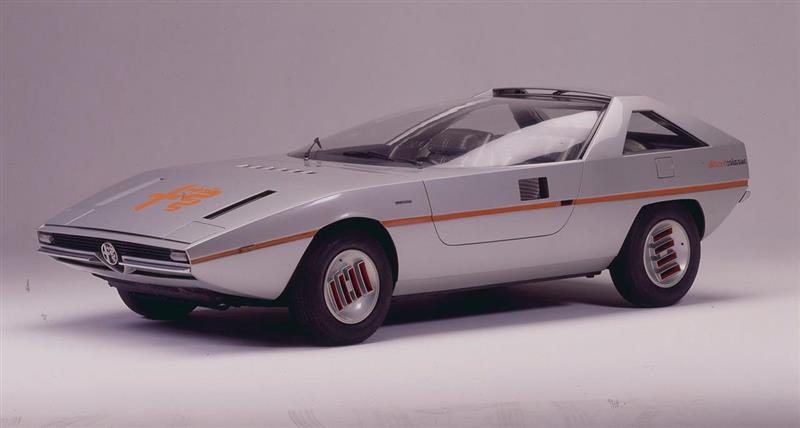 Italdesign created a body that appeared taken directly from a science-fiction book on the Alfasud chassis shortened by 20 centimetres. The two-seater passenger compartment was closed by a forward-opening glass dome that made the car look like a space capsule. The A pillar was entirely eliminated, while the B and C pillars joined to form a roll-bar behind the passenger compartment. The rear part of the roof formed a spoiler which could be adjusted to four different positions to a 32 degree angle from the inside.

Únder the dome, driver and passenger reclined in stretched basin seats with built-in head restraints. Instead of opening windows, the car had two small openings on the side edge of the dome to allow contact with the outside world and ventilation inside. The cylindrical dashboard had two large instruments with unusual displays on which it was the dials not the hands to turn.

A bulge on the bonnet made room for the 68 HP, 1.2 litre Alfasud engine, which being a low-height four-cylinder boxer was particularly suited to equip the wedge car. Finally, seventies signature pop-up headlights embellish the front.
Source - Alfa Romeo 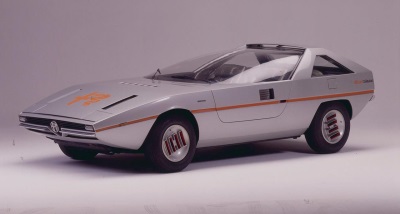 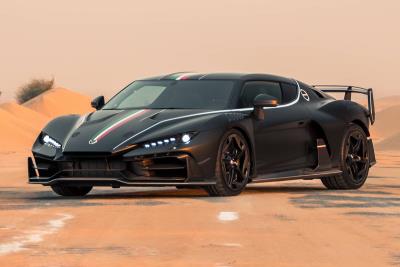 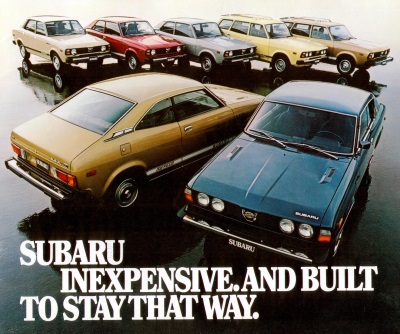 Cherry Hill, N.J. - Subaru today announced its year of 50th celebrations, leading up to its 50th anniversary on February 15, 2018. In keeping with a company known for supporting good causes, the...