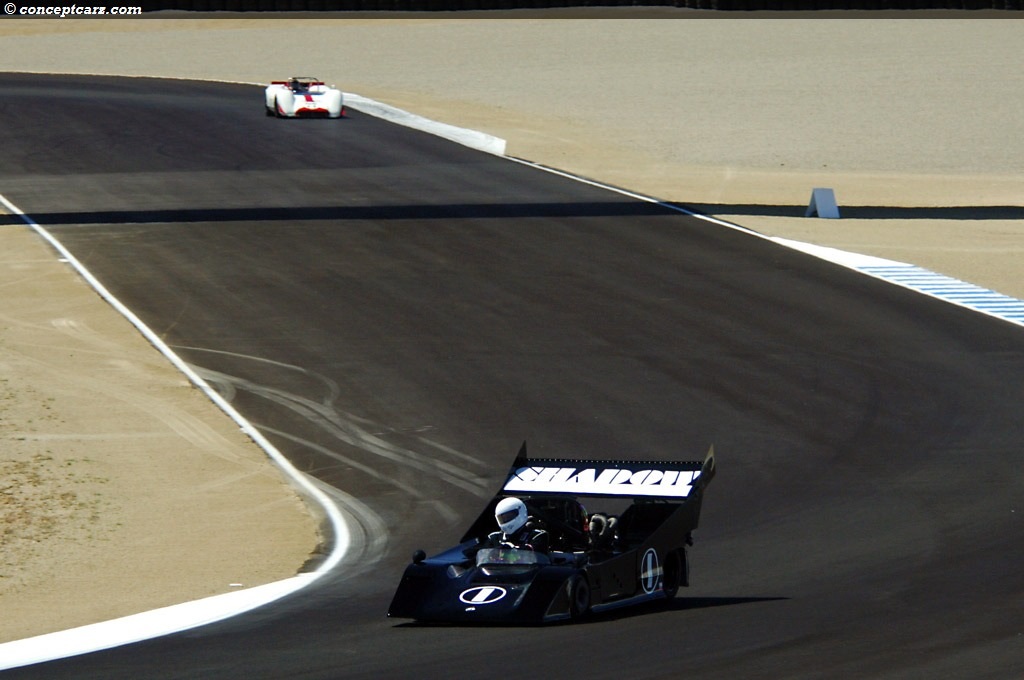 The Advanced Vehicle System (AVS) began in 1970 and created by Don Nichols. The cars were called Shadows. The company was established with the purpose of creating racers that had limited aerodynamic drag through minimal front area on the cars. Nichols approached Firestone with a request to have tires created that were smaller in diameter to conventional race tires at the time. The reasoning for the request was to help in the reduction of aerodynamic drag. When other manufacturers were using 24-inch tires in the front and 26-inch in the rear, Nichols wanted to use 17 in the front and 19 in the rear. There were flaws to this thinking; the smaller tires meant smaller brakes and rotors which meant less stopping power. Another side effect of smaller brakes was that they were unable to dissipate the heat fast enough and this lead to various other tires.

A Chevrolet big-block enginge was chosen as the power unit for the car. Due to the design of the car there was no room for the radiator to fit into the body. Trevor Harris had designed the car. The only logical place to fit the radiator was to mount it on the rear wing. This did not work well. Though many of the ideas were innovative in concept, they were failures in reality. The car, driven by George Follmer and Vic Elford, failed to finish many of the races that it was entered.

In 1971, personnel from a company named Autocoast merged with AVS. Autocoast had debuted their Ti22 racer in 1969 at Laguna Seca. It too was propelled by a Chevrolet V8 powerplant. It had been designed for CanAm competition by designer Peter Bryant, who created a very aerodynamic design. The chassis was a monocoque structure comprised of aluminum and titanium. This marked the first time that titanium was used extensively in a car. The name of the car was rather fitting, as 'Ti22' is the atomic symbol and weight of titanium.

At its inaugural debut, the Ti22 was driven by Jackie Oliver and finished in 13th place. The next race was at Riverside where the vehicle qualified fourth but retired prematurely during the race. The car's sponsor was Titanium Metal Corporation so when the titanium suspension piece broke, the team officially documented the problem to be related to the transmission in order to elevate any potential sponsorship conflicts.

For 1970 Jackie Oliver again drove the Ti22. The second race of the season ended in a tragedy for the team as the car flipped off the track on the first lap. Oliver was ok but the chassis was destroyed. The team was unable to get another car ready for most of the season. By the time a replacement car was ready, there were only two races left. Oliver drove the car to a second place finish in both of those races.

When the personnel of AVS and Autocoast joined forces, they agreed upon creating a racer that utilized the strengths of both of the cars. Jackie Oliver was chosen as the driver. Universal Oil Products became the teams official sponsor.

The car, dubbed the MKII, was given larger tires than the one used on the original AVS car. In the front, the tires measured 18.8 inches while in the back they measured 22.3 inches. Though larger than the AVS car, they were still smaller than the tires used by other CanAm cars. Titanium was used in the car, though not in any major quantities.

The car was ready for the 1971 seasons. Oliver qualified the car very well for many of the races but he was unable to finish nearly all of the races. The car finished only race and that was at Edmonton where it achieved an impressive third place finish. For the following season the team made the change to conventionally sized tires. In order to accommodate the larger tires, the body was enlarged where needed. This version of the body was dubbed, the MK III.

The Shadow team mimicked the design of the McLaren M20 of the prior year by moving the radiators to the side of the car and placing wings between the front wheels. To gain an advantage against their competition, the team began experimenting with forced induction. The turbocharger system never made it past the experimentation stage.

The 1972 season was similar to the 1971 season. Oliver was able to finish only one race. The race he did finish, he crossed the line in third place just as he had done the year prior.

By this time the Shadow team had begun competing in Formula One Competition. Their entry into the series was the DN1, 'DN' for Don Nichols initials. The car had been designed by Tony Southgate. The DN1 gave Jean-Pierre Beltoise a victory at the Monaco Grand Prix. For the 1973 season, the team created the DN2 for CanAm competition. Southgate designed the car and drew inspiration from the Lola T310.

When the Shadow DN2 made its racing debut, it was powered by a 1200horsepower Chevy V8 engine. This massive amount of horsepower was generated with the help of a turbocharger. The system was used for three races and then switched for a naturally aspirated unit. The use of turbochargers had not worked well; in naturally aspirated form the Chevy V8 produced 735 horsepower which was enough to keep the car on pace.

The team finished the season in better standing then they had done in years past, but no where near what they had wanted to accomplish. The team finished only two races out of the eight that they entered. One was at Edmonton where the team finished in third and a second place at Laguna Seca. The team had been plagued by mechanical issues.

For 1974, Shadow entered their newly created DN4. It was very similar to the DN2 but smaller and lighter. Rule changes required the cars to get 3 mpg so the reduction in weight and size was done in an effort to comply with these new regulations. There were two cars; both were powered by Chevrolet V8 engines that produced an impressive 800 horsepower. Jackie Oliver drove one of the DN4 racers and George Follmer drove the second DN4.

1974 was a very successful season for the Shadow team. Follmer finished in second place in three of the races. Oliver won four races and went on to secure the championship. It should be noted that McLaren, Porsche and Lola had retired from competition and did not field new race cars for the 1974 season. 1974 also marked the final year for the CanAm series.

The Shadow team switched their attention to Formula One competition. They were met with little success and went out of business during the early 1980's. The company was absorbed by Theodore Racing. Lack of money meant that the team only lasted half-way through the season. Prior to the company's demise, a few members had left to form the Arrows F1 team. Alan Jones had left to work with Williams.
by Daniel Vaughan | Feb 2009
Vehicle Profiles

This 1970 Shadow MKI was one of the most radical designs raced in the CanAm Series. It was designed by Trevor Harris for Don Nichols Shadow Team in 1969, the car featured very small diameter tires developed by Firestone to minimize frontal area. th....[continue reading] 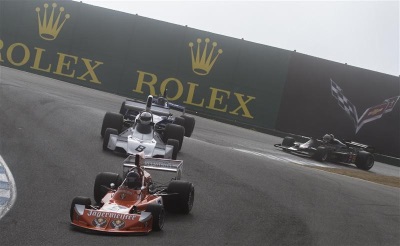 Motorsport enthusiasts return year after year to the Rolex Monterey Motorsports Reunion (RMMR), because it never gets old. One can always count on a special marque being rotated in (for 2015, it is the...

HILLIARD, Ohio (Nov. 7, 2013) - Thirty-seven race-car drivers and motorsports professionals have been voted into the Road Racing Drivers Club in 2013. The group includes 13 Regular Members from...
1970 Can-Am Drivers Championship
© 1998-2020. All rights reserved. The material may not be published, broadcast, rewritten, or redistributed.